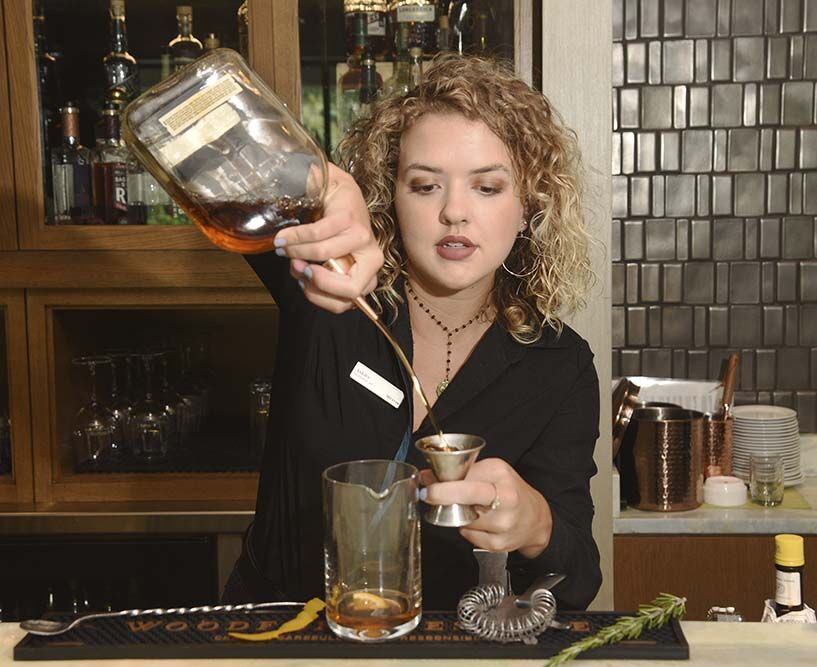 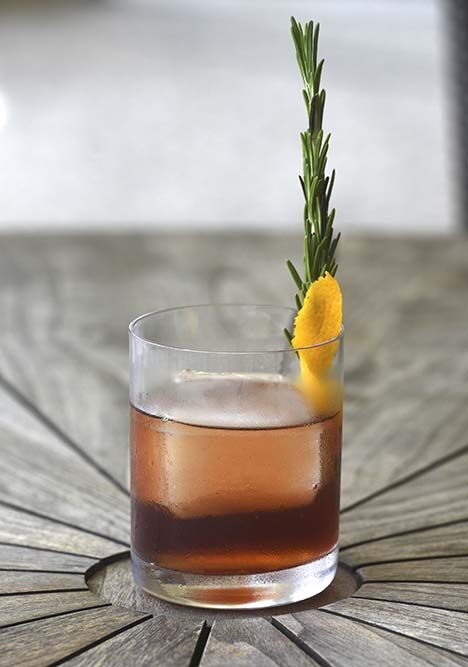 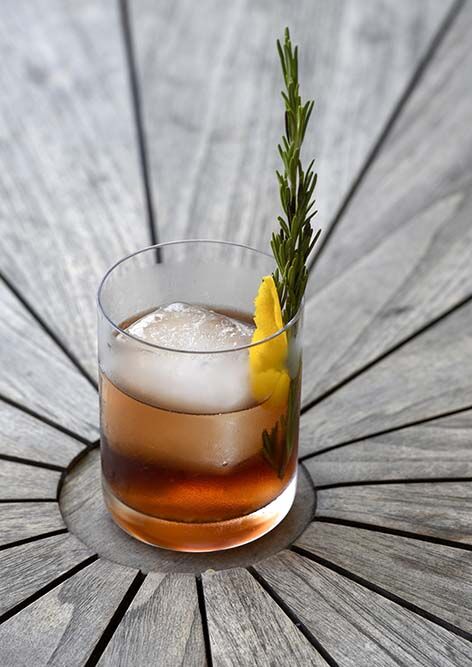 As all good Southerners know, fall is a fleeting thing. Like the mesquite smoke from campfires or the spectre of a chilly breeze, it’s here one minute and seemingly gone the next. But when it does linger, there’s truly nothing better than the Golden Isles ensconced in autumn.

From the vivid shades of golds and browns that blanket the marshes to the sensational sunsets, the season certainly suits the coast. And there are few places to enjoy a blissful fall day quite like the observation deck of the Westin Jekyll Island. Taking the stairs to the third level, one is met with panoramic views of the Atlantic, a sight that few Isles venues can claim.

The deck features its own bar and cozy patio. When there’s finally a nip in the air rolling off the ocean, the staff brings glowing heaters, adding to the seasonality of the space.

“We also have brought in huge televisions for a big football game and moved the seats back. All you could see were the screens and the ocean,” Shannon Devlin, the resort’s food and beverage manager, says.

“It really is the best view on the island.”

“Jekyll is beautiful in the fall. It is just so pretty over here,” she says.

As a creative mixologist, the younger Devlin likes to utilize the seasonal vibe in the libations she crafts behind the Westin’s restaurant bar.

For her, that means adding flavors that define that crisp fall feeling.

For that, there’s nothing quite like a solid bourbon. Woodford Reserve happens to be her choice, and the spirit distilled at the home of the Kentucky Derby — Louisville — provides the perfect base for an exciting twist on a tried-and-true favorite.

“The Old-Fashioned has been around for forever and they’re great,” Ashley says, reaching for an orange. “And I’m a big believer in, ‘if it’s not broke, don’t fix it,’ but there’s always room for improvement — or at least to try something new.”

The original recipe truly lives up to its name. The first account of the concoction — which includes whiskey (or less frequently, brandy), bitters, water, and sugar — was published in 1806 in The Balance and Columbian Repository in Hudson, New York. At the time, it was referred to as a “Bittered Sling.” In the 1860s, the cocktail included ingredients like orange curaçao, absinthe, and other liqueurs. The title “Old-Fashioned” officially appeared in 1880 and linked the creation of the drink to a gentlemen’s club in Louisville.

While the origins may be a bit murky, the changing times have not diminished the cocktail’s appeal. Bartenders today appreciate the opportunity to put their stamp on a beverage with such a backstory.

That’s precisely what Ashley does at the Westin.

“For me, I don’t like things that are too sweet. I prefer savory,” she says.

“I do a black cherry Old-Fashioned which has rosemary and brown sugar, so it’s not too sweet,” she says. “The rosemary is really nice and gives it a nice balance.”

Place several cubes of ice, 1/4 of an orange slice, bitters, cherry juice, and simple syrup in a cocktail shaker. Muddle those together to mingle the flavors.

Add in the Woodford bourbon. Stir the mixture together well.

Take a cocktail glass with ice — a single spherical or cube piece ups the cool factor. Strain the mixture over the ice and garnish with a sprig of rosemary and an orange twist.