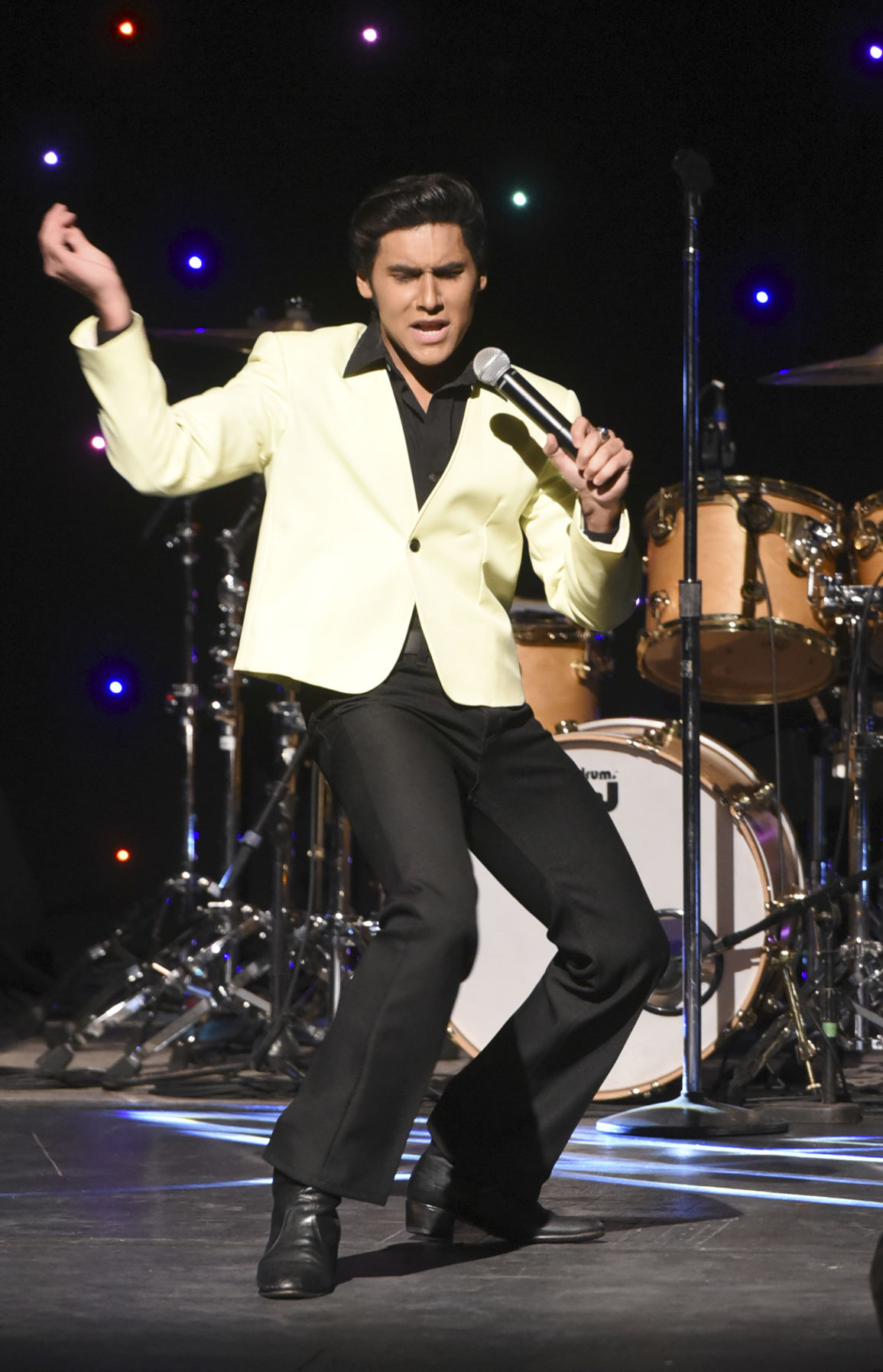 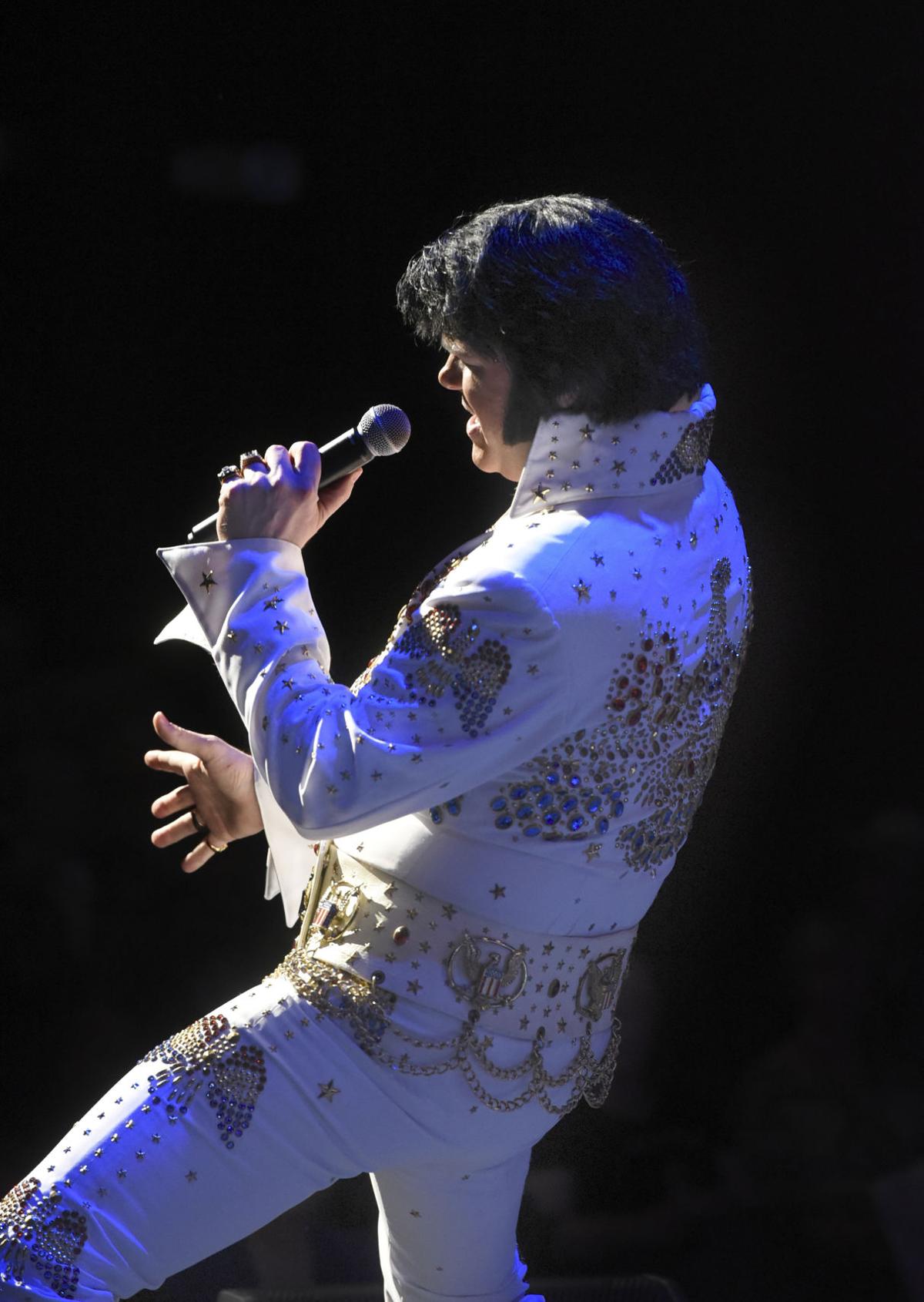 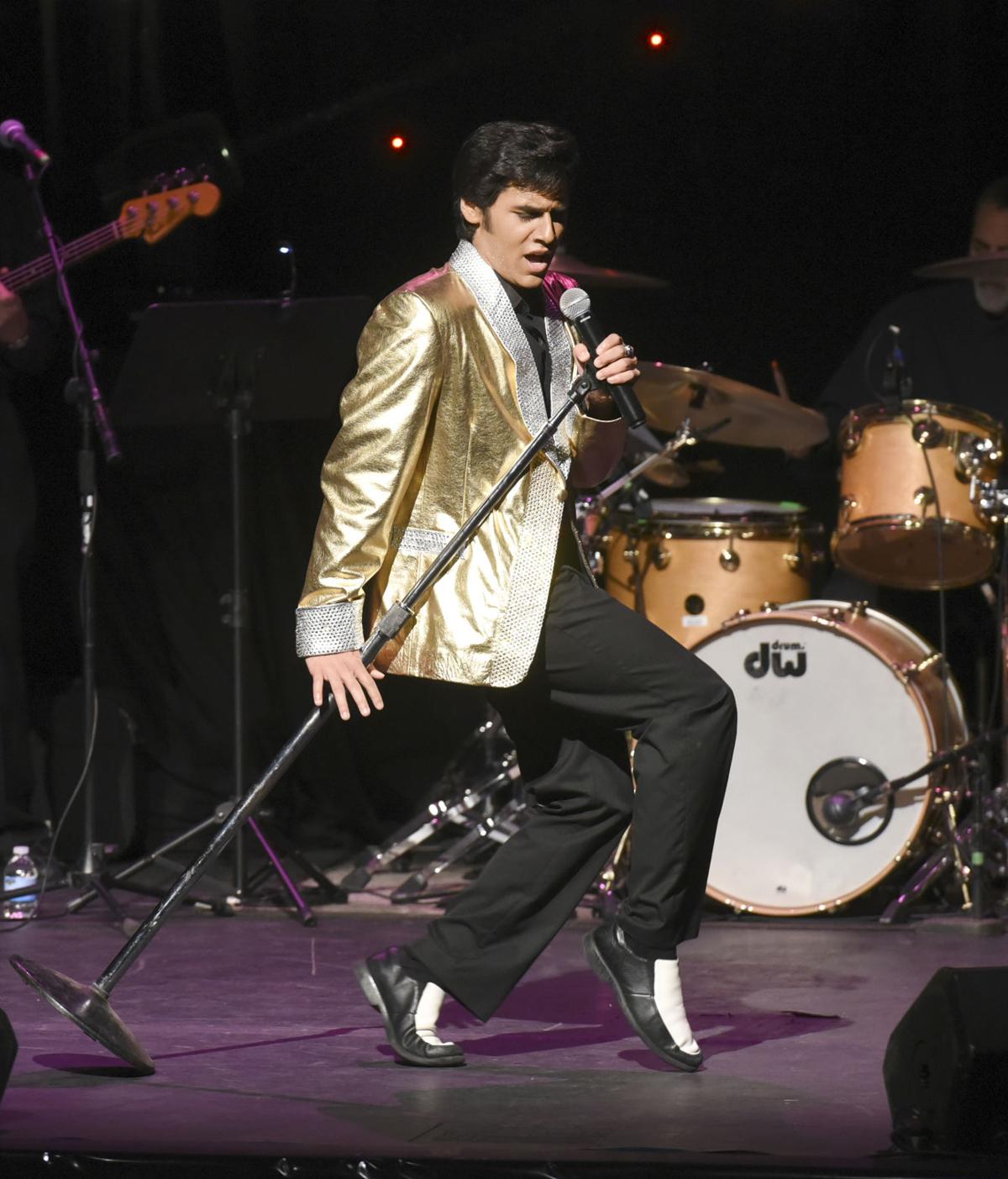 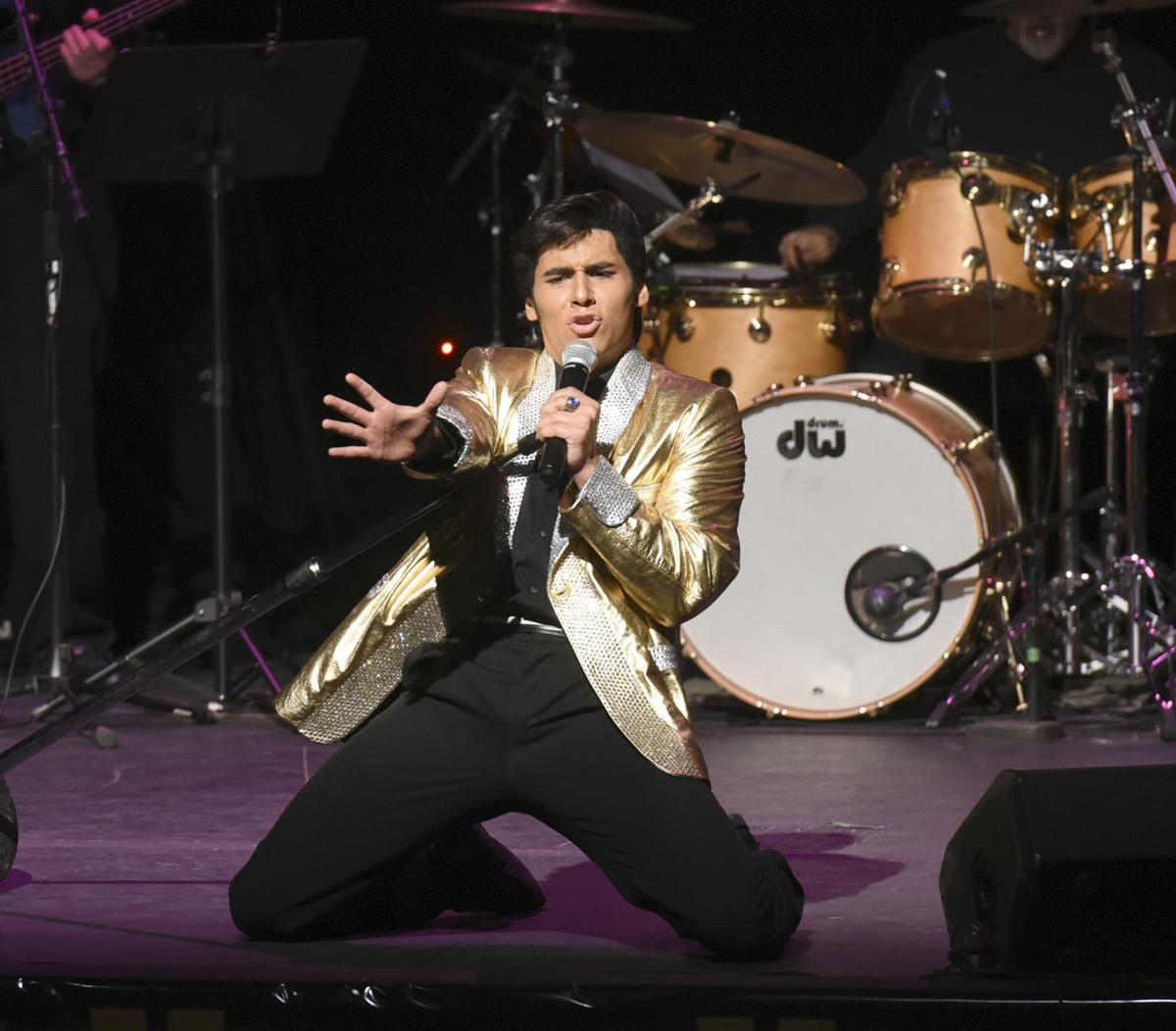 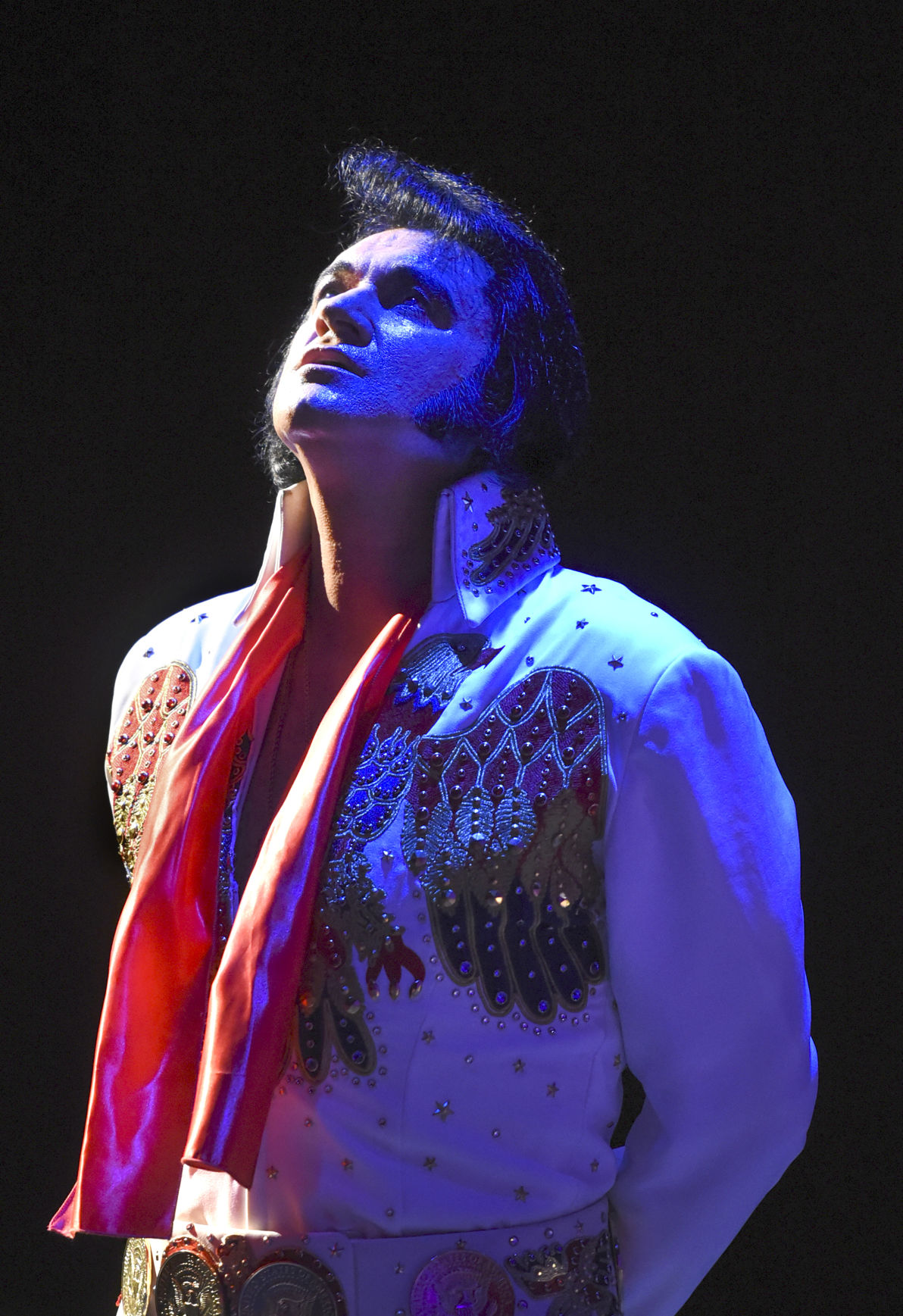 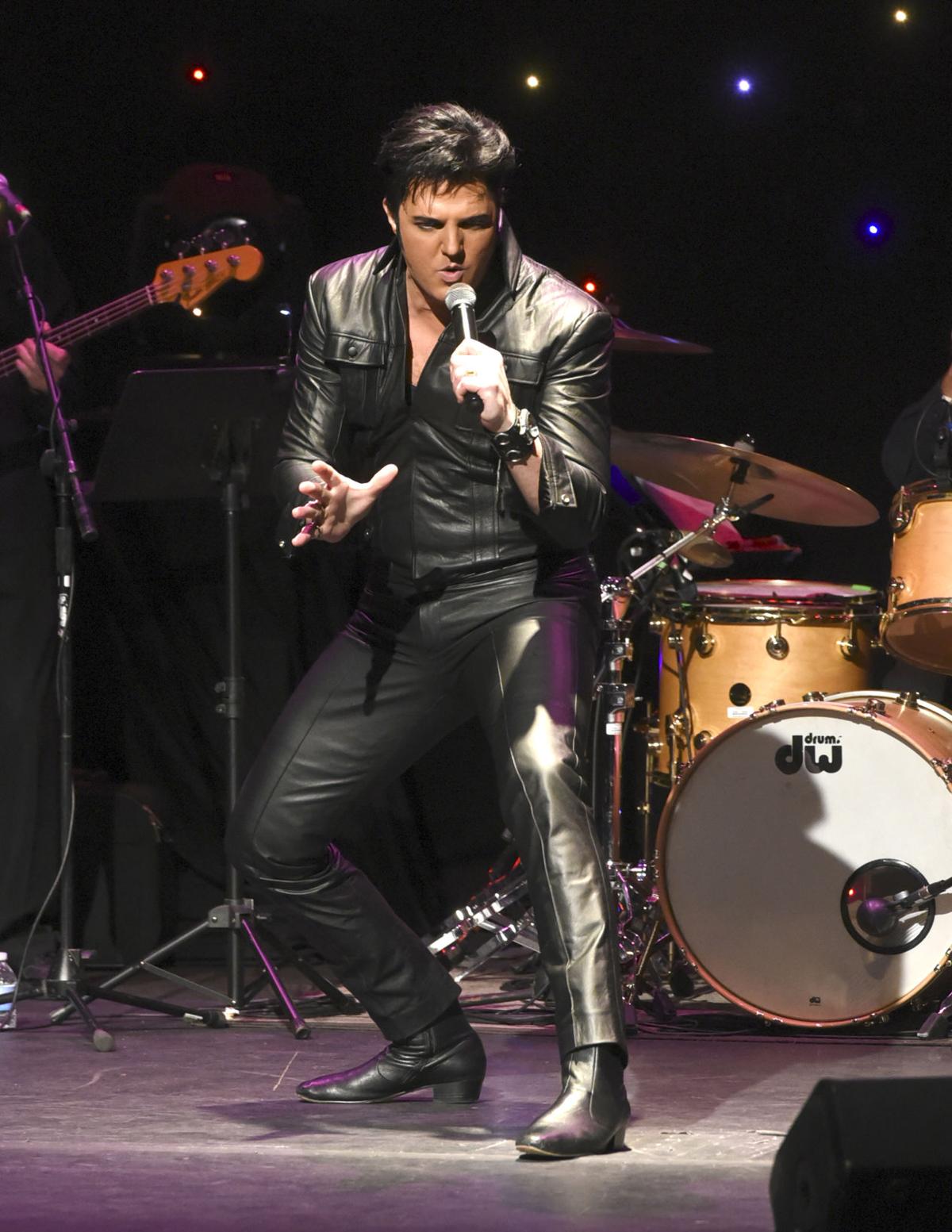 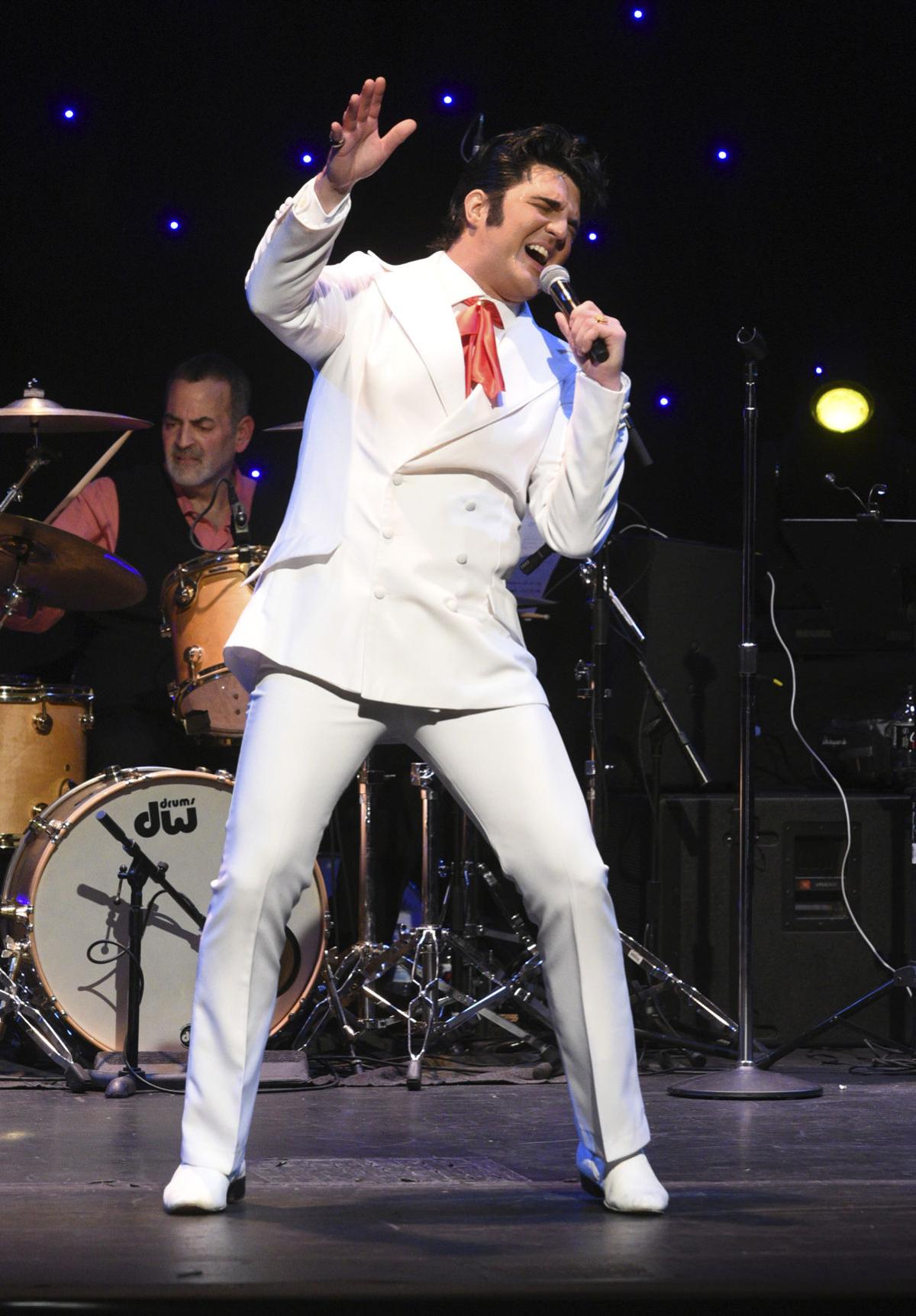 A hush fell over the darkened theater. Then, Cody Ray Slaughter sauntered onto the Ritz’s stage. The audience erupted into screams and squeals. As he began to speak, you’d swear you were seeing a ghost.

And not just any ghost — the spectre of the King of Rock and Roll himself, Elvis Presley. It wasn’t just his uncanny resemblance. It was the way he walked, the way he talked, and the way he moved. It was his vibe, his aura, his entire presence.

“Is everybody having a good time tonight?,” Slaughter purred into the microphone, which was met with a frenzy of applause.

From there, he was off, sharing an evening of music from his idol, a figure who looms so large his legacy has spawned an entire industry dedicated to keeping his memory alive.

Slaughter first entered the world of the Elvis Tribute Artists (ETAs) when he was just 12-years-old.

“When I was a kid, my father and mother liked old-school songs and movies. I came across Elvis Presley, and I became a big fan. Then, I went to Branson, Mo., where there was an Elvis Festival. One of the ETAs, named Jim Westover, put an Elvis outfit on me and put me on the stage,” he recalls.

“People liked it. Of course, I was only 12 so I had some work to do. But that was the start. I just kept going.”

And go, he did. Slaughter was eventually crowned the Ultimate Tribute Champion at just 19. He has now performed across the country, including a stint in Las Vegas and an appearance on the David Letterman Show.

He has also become a fixture at the Brunswick Elvis Festival, which has been held downtown for the past five years.

“I really love Brunswick. I’ve been coming there since (the festival) started. It’s a small town and I’m from a small town, so it really feels like home for me,” the Arkansas native says. “The people are great, and I feel like I’ve gotten to know them over the last few years. I just love it.”

The three-day festival first rolled into town in 2014, ushering in a world, unfamiliar to many outside its borders, that of the Elvis Tribute Artist.

These are talented individuals — mostly men but there are women too — from every corner of the globe who have dedicated their lives to accurately portraying Presley on stage.

Unlike casual Elvis “impersonators,” the tribute artists spend hours-upon-hours perfecting their singing voices and dance moves. They also invest thousands of dollars into clothing and accessories, replicas of Elvis’ own jewelry. The goal is to offer the most authentic portrayal of Presley possible.

Once they’ve perfected their routines, they go on a circuit, competing in festivals and contests across the country with the goal of winning and going on to the Ultimate Elvis Tribute Artist contest in Memphis, Tenn. Slaughter, himself, has been honored in Las Vegas and Tupelo, Miss., Presley’s hometown. He was crowned the Ultimate Tribute Artist by Elvis Presley Enterprises in Memphis, Tenn., in 2011.

As a leader in the world of ETAs, Slaughter is in high demand, traveling frequently to perform.

He will soon be making his return to Brunswick, where he’s always delighted crowds of the Georgia Elvis Festival. Slaughter will headline this year’s incarnation, now titled the Georgia Tribute Festival. Other big-name performers and past winners include Dwight Icenhower, Ben Thompson, and Mark Anthony.

The multi-day competition, March 12 to 15, includes ETAs from around the world who square off in two categories: professional and non-professional. Performers travel from as far away as Brazil, Qatar, Germany, Great Britain, and Canada. Each is evaluated on his vocal performance, dance movements, and stage presence by professional judges.

To up the ante, the ETAs perform with live musicians, the Change of Habit Tribute Band.

In addition to the competition, there are always free performances in the pocket parks around downtown Brunswick. There’s also a gospel show, which is held on Sunday morning.

Individual tickets and packages are available. For a complete schedule and more information, visit tributefestival.rocks.

The opening ceremony, which is for ticket-holders only, will be held at 8 p.m. at the Blue Door in Brunswick.

The first round of competition, “Images of the King” preliminary, will begin at 11 a.m. at the Ritz Theatre in downtown Brunswick. Tickets for the competition start at $29.

At 4:30 p.m., the ETAs will head out for Music in Old Town to perform free shows around downtown Brunswick.

At 8 p.m., “EP Uncovered,” featuring all of the headliners, will be staged at the Ritz. Tickets start at $59 for this show.

The second round of competition will begin at 9 a.m. at the Ritz. Tickets for the competition start at $29.

ETAs will again perform around 4:30 p.m. in the pocket parks in downtown Brunswick.

At 8 p.m., the headliners will return for the “Images of the King” show. Tickets start at $59 for this show.

The day begins with a gospel music performance at 9:30 a.m. at the Ritz.

The final day of competition begins at 1 p.m. at the Ritz. Tickets start at $29.