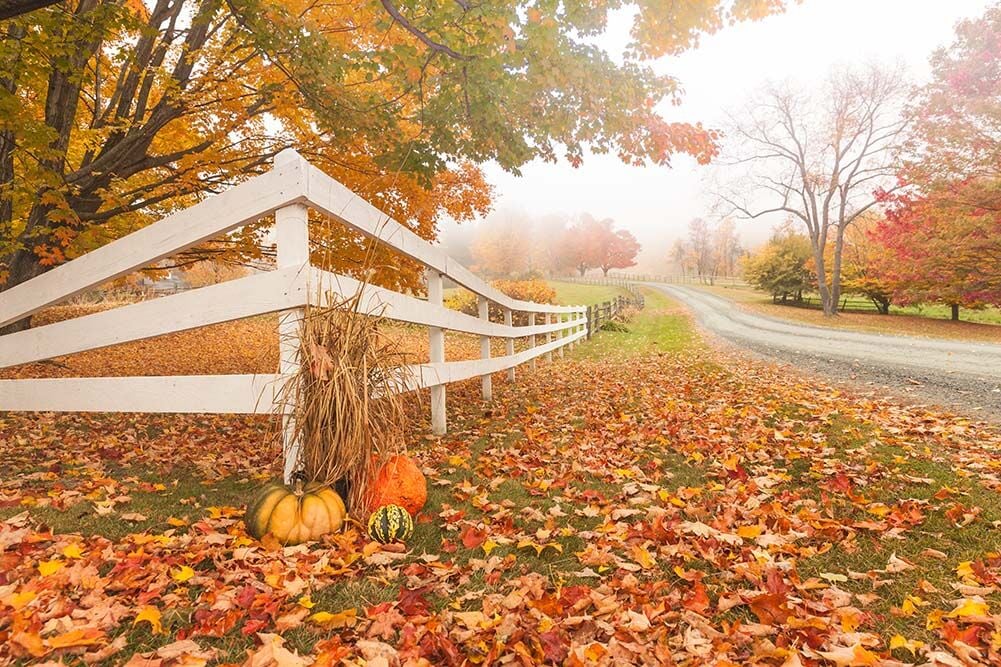 A white fence surrounded by lush foliage and maple trees. 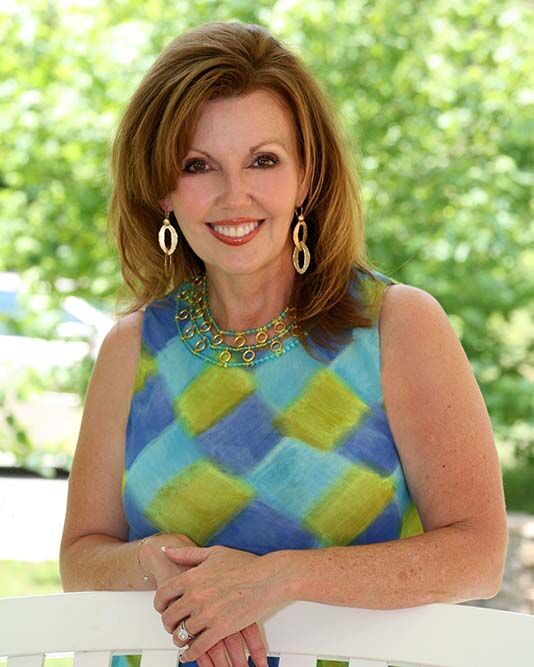 Autumn is my favorite time of year. I adore September and October.

When I was in the first grade, I won my elementary school’s Halloween Queen to reign alongside King Alan Parker, a darling blond boy. Alan’s father had recently died from cancer and, two weeks before that, his 16-year-old sister — this is truly a Southern Gothic tale — had been killed in a car wreck while going to pick up her father’s medicine. When the principal placed the paper crown on his head, Alan squeezed his eyes together tightly and laughed joyously.

Sitting on the gym’s bleachers, I was so caught up in his glory and mesmerized by the huge smile on his face that I did not hear my name called as queen. My friend, Lisa, nudged me with her elbow. “Hey, you’re the Queen. Go get your crown.”

And what a crown it was — cut out of white cardboard with green Magic Marker lines along the bottom straight edge and the top spiked edges (our school mascot was a green dragon so our colors were green and white) and it had green glitter sprinkled over spots of glue.

No one cared that I had won except for me and Mama. That’s because we were all pleased to see radiating delight in the face of a little boy who had known too much sorrow.

That was back in the days of school Halloween carnivals when we bobbed for apples, had cake walks, and rode in a wagon pulled by a horse and loaded with hay. Neal O’Kelley, the smartest boy in the class who had orange-red hair and hundreds of freckles, had passed me a note, asking, “Will you go on the hay ride with me?”

Chris Gooch asked, too, but I chose Neal.

One of the highlights of the carnival was the doll show. I always entered the most dolls allowed by an entrant: four. I varied them from baby dolls to a couple of Barbies dressed in high fashion and usually a Madame Alexander. That booth, as I recall, was packed with dolls but I was mighty proud to see mine among them. Once, I won a third-place ribbon for a doll in a red and gold brocade dress with short hair that could be pulled out into a long fall. I still have her. You can’t throw out an award-winning doll.

Whenever the autumn lifts the humidity from the air and a soft wind skitters through the leaves, I think of Friday night high school football and Saturday college games. When I landed the Georgia Bulldogs as a beat, I became the first female sports reporter to cover an SEC team, full time. That’s how I came to be on the sidelines in the final seconds of the fourth quarter in 1984 with Georgia and Clemson tied 23-23. Georgia was stopped in its own territory when Coach Vince Dooley sent kicker Kevin Butler in to try the near-impossible — a 60-yard field goal. Dooley had seen him kick it 59 yards during practice so it was worth a shot.

When Butler sent the ball soaring squarely through the goal posts with over a yard to spare and Georgia beat the nation’s number two team, my 20-year-old self witnessed a head-spinning lesson: Never gently accept defeat. Boldly chase victory.

That same year, I met another football player who would leave an indelible mark on my life. Never a week passes that I don’t think of Andrew Goudelock who was a lineman on a local high school team. During a pre-season physical, the doctor discovered cancer in Andrew’s left leg which was immediately amputated above the knee.

As he recovered, I visited him in an Atlanta hospital and then he began to call me routinely. He was 16 and needed a friend during his troubles.

“I’m gonna play again,” he said one night. I took a deep breath. To me, it was impossible. To Andrew, it was probable.

On a chilly, late October night, I watched from a rickety press box in an old high school stadium as Andrew hopped out to take his place on the line. Silence fell over the stands as the steam of warm breath filled the air. The ball snapped, the lines collided, and Andrew, with only one leg, was the last man to fall.

The next year, he was named to Georgia’s All-State Team and received a five-minute ovation.

Perhaps that’s why autumn means so much to me. I’ve seen such wondrous things happen in the fall. And, after all, I was once the Halloween Queen. 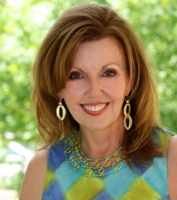