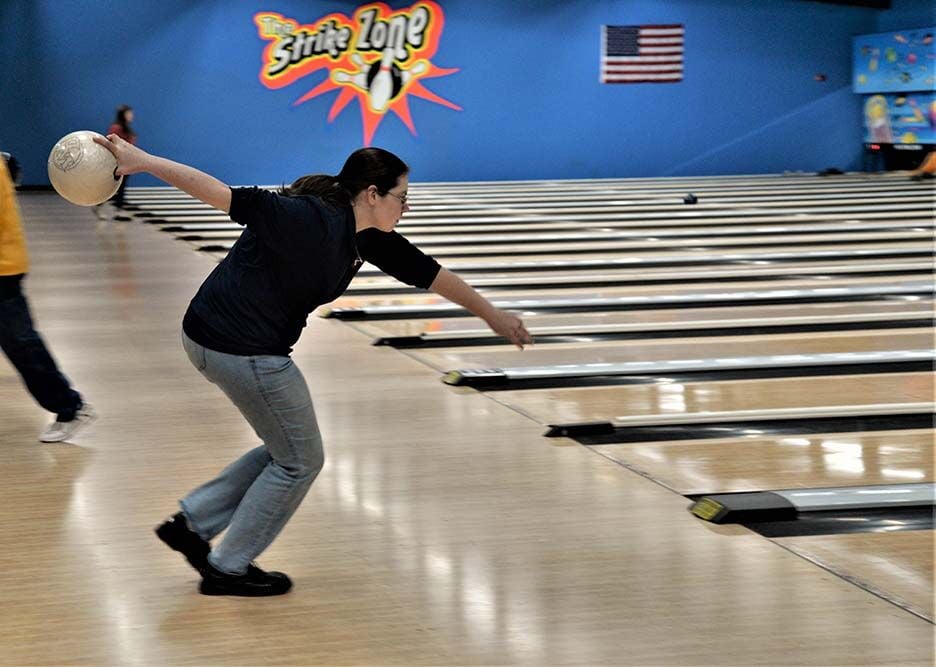 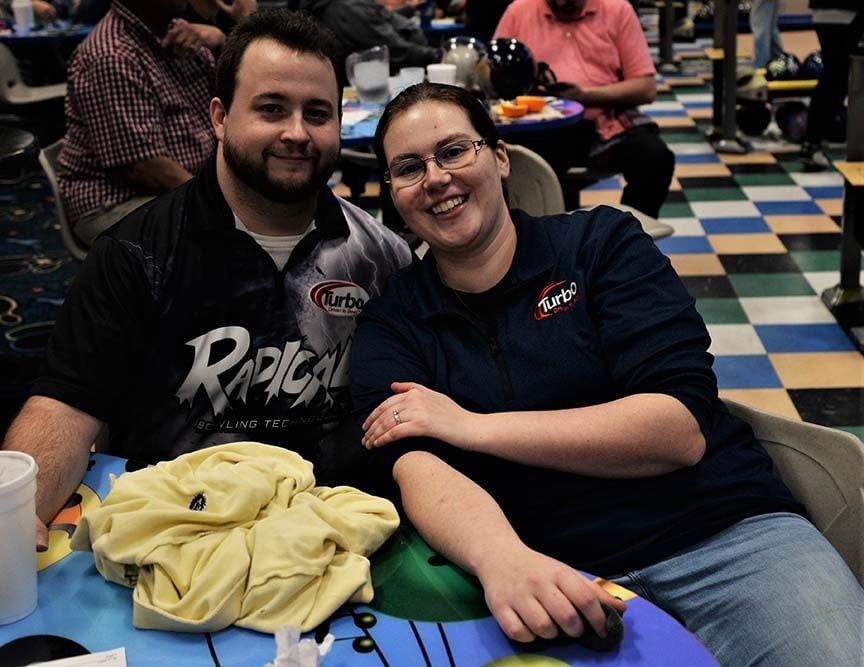 Bowling is one of those games for the ages and for all ages. Like many other games, a lot of countries claim to be its birthplace, but archaeologists found evidence it was played by children in ancient Egypt.

Regardless of where it began, it is practiced most avidly in the U.S. where an estimated 70 million of the world’s 100 million play what is called “target bowling.”

There is one place for the public to play in Brunswick, the Strike Zone just west of Interstate 95 where Tuesdays and Wednesdays are league nights. Formerly, Tuesday was for open leagues and Wednesday for the men’s league, but after the pandemic began both nights were opened, resulting in a lot of mixed teams.

Leader Wallace declares, “I’m just here for the beer,” while his wife Denise says, “They need my handicap.”

Dan Patrick says once he’s inside, he’s among friends.

“We’re one big happy family. We’ve been that way since the Bowlarena burned down,” he says referring to what had been the only lanes before the Strike Zone opened. A November 2014 fire gutted the building across from College of Coastal Georgia beyond repair, and it was subsequently razed.

As for her handicap, Denise had an impressive game on a Tuesday night. Her ball rolled and slid into the pins and sent them all spinning and scattering save one, the 2 pin. It sat rocking for a few seconds then fell, and joy abounded on her team as she recorded the strike.

The Strike Zone’s Kailey Oldenburg says the leagues bowl for first place from August until April. The season is split with the winners of each half bowling against each other for the championship in August. Oldenburg’s co-worker, Jennifer Kelley, is also the secretary of the league with the duty of collecting the leagues’ fees and paying out the winnings, which can be considerable.

Many sports have body styles to fit the competition, but bowlers come in all shapes, sizes, and ages.

The league’s tallest bowler, George Mincey, was obviously built for another sport. He played basketball at Brunswick High and was on Brunswick Junior College’s first ever basketball team. Mincey had to quit playing pickup basketball because of an arthritic hip and, recently, Daniel Holton had to re-drill a hole in his bowling ball for him. Holton sells balls at the Strike Zone and drills holes from ½-inch to 1 ½-inch, in them to fit bowlers’ fingers. Now 29, Holton has been bowling since he was 14.

“I saw the (Professional Bowling Association) skills challenge on TV. I’d never been bowling before. I told my parents I wanted to try it. We went, and I loved it,” he says.

His wife Michelle started in a youth league in Roswell, Georgia.

“Bowling can be expensive if you’re not in a league,” she says, noting that is the reason her mother got her into a league.

Her bowling skills earned her an athletic scholarship at Lindonwood University in St. Charles, Missouri, a small school that sends a team to nationals nearly every year.

The Holtons met when both were bowling on the Georgia all-star team competing against teams from North and South Carolina. They both went to an optional practice and bowled against each other. She won, but she didn’t have the upper hand long.

That’s a perfect score, which is achieved with three strikes in each of 10 frames. It takes a lot of practice to pull it off, but the league bowlers have amazing dedication. Retired Deputy U.S. Marshal Jim Nase has had surgery on his arthritic right hand, as well as carpal tunnel surgery.

“They cut my palm. They cut my wrist,” he said. “I started bowling left handed. I love it.”

He loves it enough to bowl both league nights and usually at least one other time each week, the pain notwithstanding.

John Mistisshen, 85, was there for league night on a team with his sons, John Jr. and Mike.

“I bowled for a lot of years when I was younger,” he says.

John Jr. noted his dad had bowled in Pennsylvania in the days of human pin setters. Everything is automated now from the scoring to the pin setting to the ball returns.

A few lanes away, Harry King, 89, was watching his teammates and waiting his turn to bowl.

He’s been at it since 1957, but never saw a bowling alley when he was growing up on a farm outside Columbus, Ohio.

A Navy retiree, he was an air traffic controller during the Korean airlift and was in Hawaii when President Truman flew in and relieved Gen. Douglas MacArthur of his command.

“It’s good exercise, and it gets you around people,” he says.