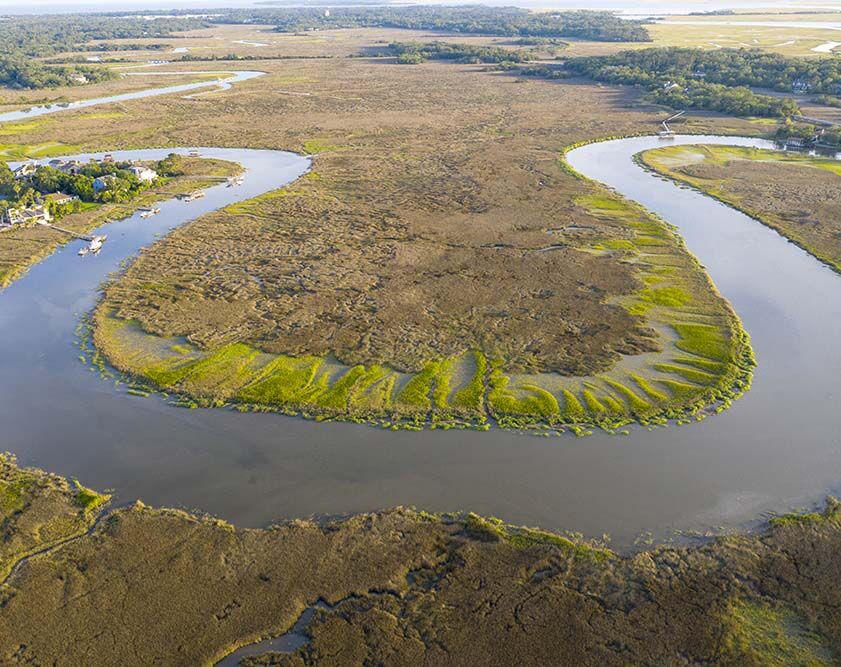 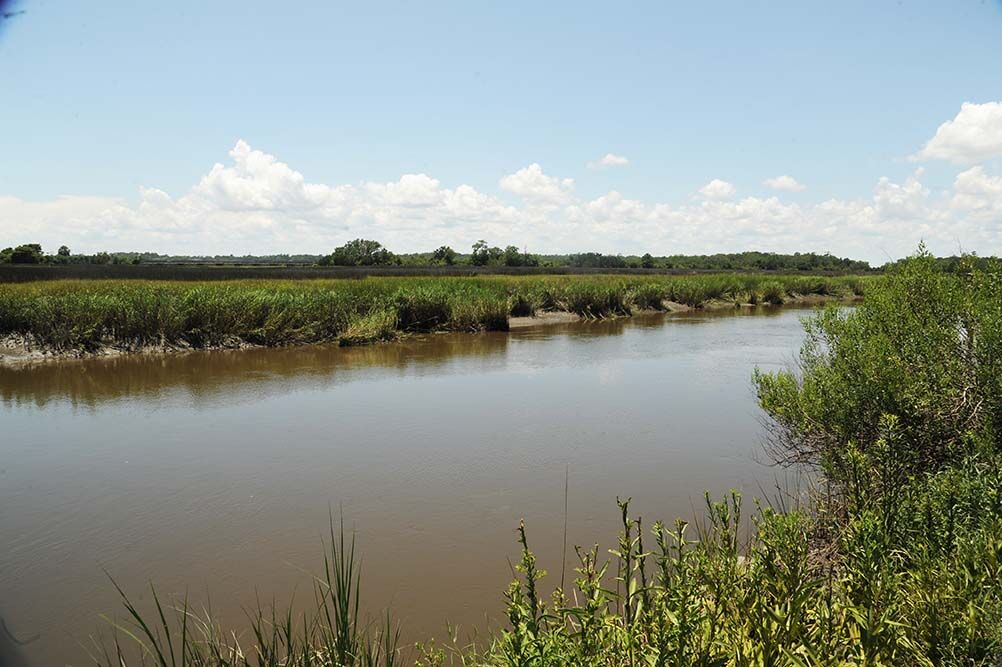 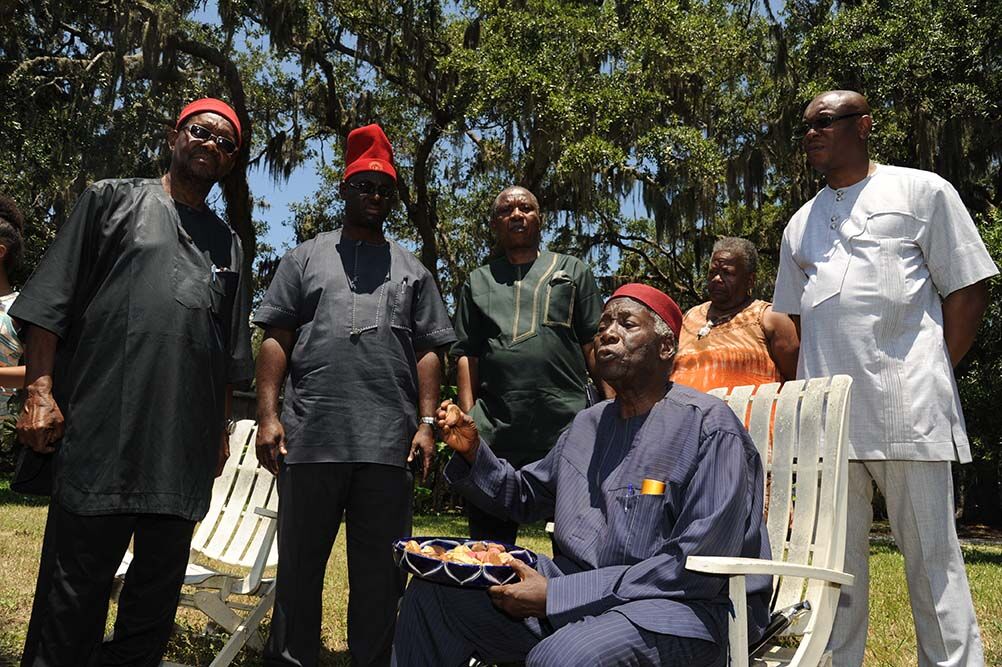 In 2017, Igbo Elder Chief Dozie Ikedife of Nigeria performed a ceremonial breaking of the bread with kola nuts along with a delegation of fellow Igbo Chiefs at the Ebo Landing on Dunbar Creek. 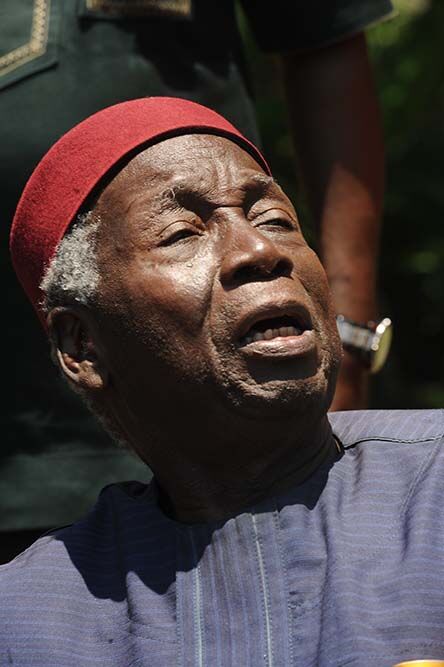 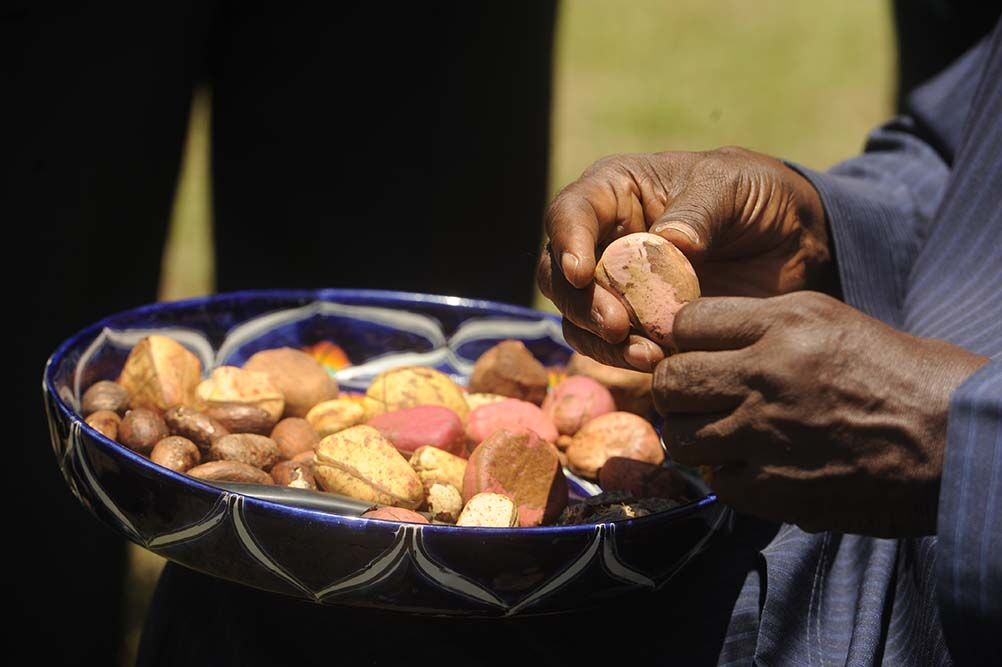 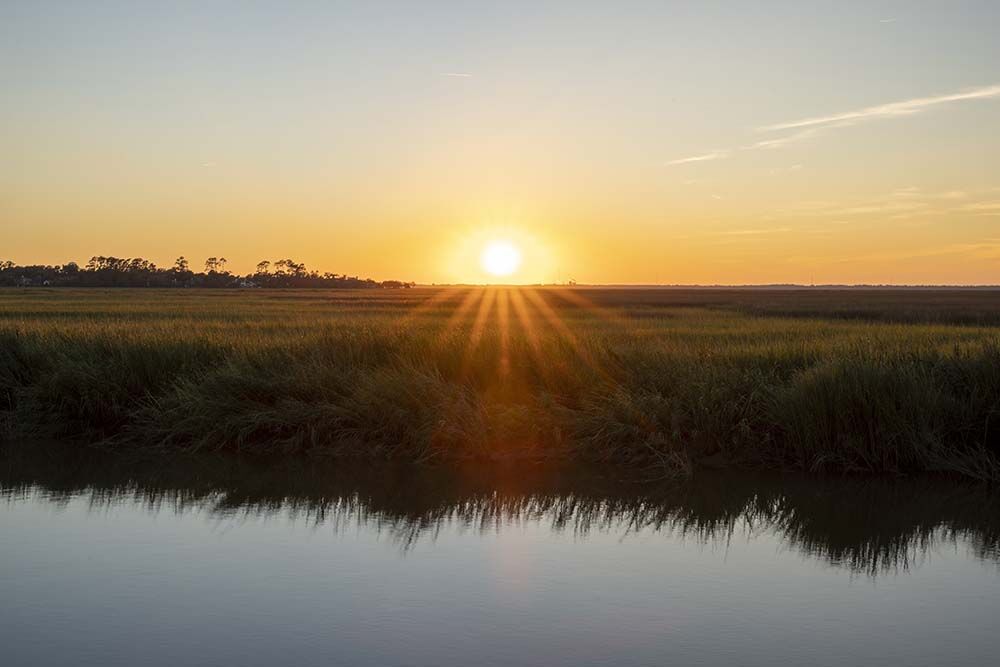 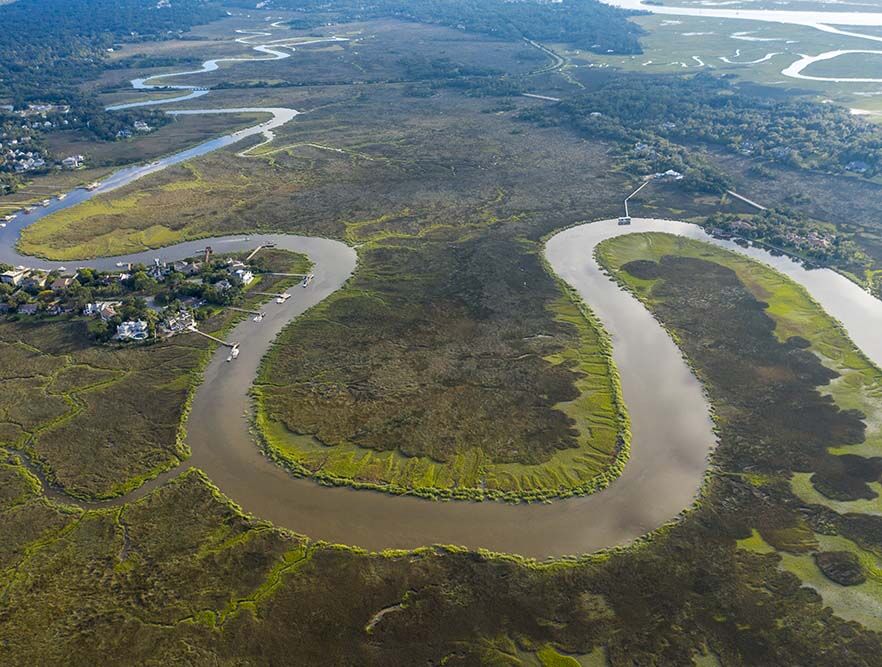 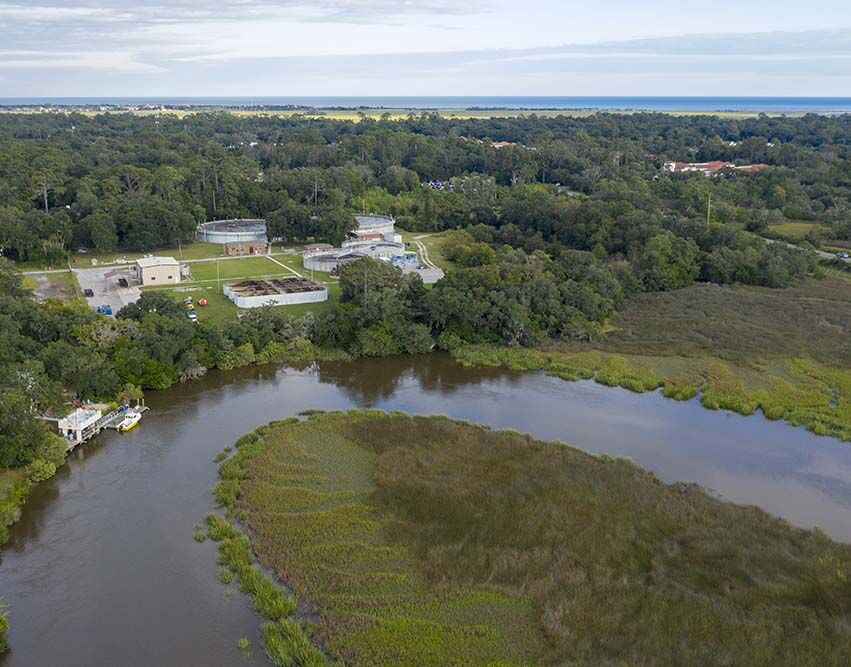 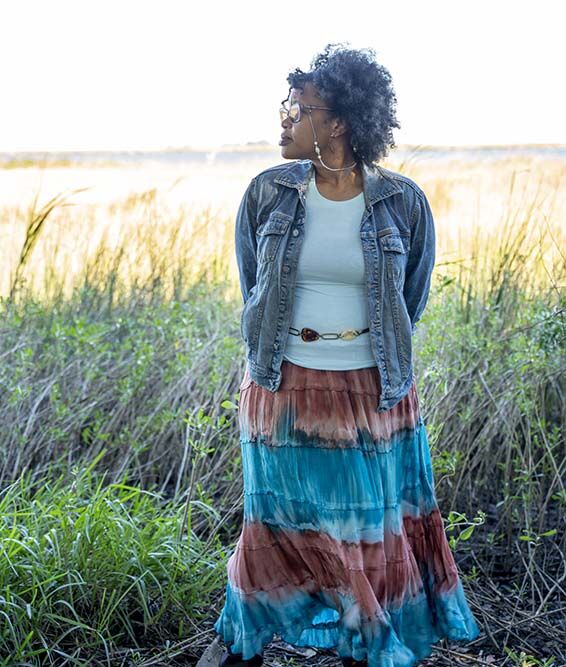 The story of the slaves who chose death over bondage

The water laps quietly — nothing.

The moonlit ripples dance. Like the rolling waves, whispers drift through time.

The year was 1803. The Georgia Coast was dotted with a number of thriving plantations, cultivating rice and cotton, built on the backs and blood of enslaved Africans.

To foster a booming industry, thousands of men, women, and children were stolen — primarily from West Africa — and shuttled across the treacherous Middle Passage to America. Many did not survive the voyage, but for those who did, a fate likely worse than death awaited them on the shore. And for a particular group of abducted Africans, it is said, death was preferable to a life in bondage.

The ancient Igbo tribe (also written as Ebo) of Nigeria were a people with a rich culture and heritage. They were talented artisans, well-known for their skill in ironworks. There are still communities of Igbo people today who continue to honor their traditions and heritage. And their stories.

In fact, one of those has shaped the history of St. Simons Island — the story of Ebo Landing on Dunbar Creek. The story, which has been retold for more than 200 years, began when John Couper of Cannon’s Point plantation and his business associate, Thomas Spalding of Sapelo Island, purchased 75 male Igbo slaves at the Charleston market. They were bought for reportedly “up to $100 each,” a horrific fact that hasn’t lost its gravity after all this time.

Once docked at Dunbar, the Igbos were to be readied for sale or distribution to the island cotton plantations. But as the boat made its way toward the spartina grasses of the shore, the Igbos decided they weren’t going to fold to the hand they’d been dealt — they were going to fight. It is said that the tribesmen overpowered the crew, sending them into the waters where they drowned.

When the Igbo men docked, it was clear they knew they would be captured and returned to slavery. So instead, one of the Igbo chieftains gave a directive — they turned and walked into the dark waters of the creek. As the water rose around them, it’s said they were singing a hymn to their god, Chukwu, pleading for the water spirits to carry them home. The Igbo drowned themselves rather than live a life in bondage.

It’s an account reportedly shared by Roswell King, an overseer from Butler plantation, who is said to have watched the scene unfold. King noted that the Igbo were chanting (presumably in their native tongue, though how King could understand them remains unknown).

William Mein, a slave dealer, is said to have corroborated the story, noting that 10 to 12 Igbos died, as the others were recaptured by bounty hunters, who were awarded “$10 per head.” Some of those recovered were taken to the intended destinations, the plantations on St. Simons Island and Sapelo Island.

While the records are murky, it’s a story that has been accepted as fact by generations — Black and White alike. It’s been memorialized in many stories and works of art. The image of slaves defiantly walking into the marshy waters is even referenced in Beyonce’s video, “Love Drought.”

Members of the Igbo tribe hold it as truth and some even travelled all the way from Africa for a memorial ceremony at the creek in 2017.

Aside from being hailed as a sacred site for the Igbo, many also vehemently believe it to be haunted. On quiet nights, they say, the souls of those who chose suicide over slavery reenact their final moments.

They say you can hear unseen chanting and chains in the darkness. The tale is so widely accepted that many local fishermen refuse to cast lines near the site, afraid of disturbing the Igbos’ final resting place and incurring their wrath.

Helen Ladson knows this ghost story well. A longtime student and lover of local history, she first became acquainted with the tale of Ebo Landing when she began working at the Historic Harrington School, a landmark that once served area Black students in the days of segregation. There, a stunning painting commemorates the iconic scene.

“When I came to volunteer at the Harrington School, I was invited to see the unveiling of Dee Larue Williams’ painting, ‘Ebo Landing.’ It was a very beautiful picture and the story that I was told is the one that everyone has heard,” she says.

“When these Igbo people, who were enslaved, docked in Dunbar Creek ... they decided they were going to rebel. Afterward, they walked into the water and drowned themselves rather than be enslaved.”

This fiery mixture of sacrifice and defiance in the face of oppression naturally moved Ladson, as it has so many others. But as a student of history, she wanted to learn more.

To do that, she conferred with a number of prominent local Black historians — Amy Roberts and the Rev. Zack Lyde being two of them. She discovered something surprising — the Igbo story is likely more folklore than history.

“It’s been a great joy of mine to be a student of history and to have these great historians selflessly pour into me and encourage me to read on my own,” she says.

“After doing that, I feel like it’s used more as a scary story, something to share around Halloween. But the Igbo are such a strong people and I really don’t feel like that’s the whole story.”

Instead, Ladson believes that, while there may be some truth to the revolt, but feels the mass suicide is likely more legend than grim reality. Instead, it’s held that the slaves fled after the revolt and joined up with other Black communities or were, in fact, recaptured.

While that may come as a surprise to some, it’s a view put forth by other respected historians such as Buddy Sullivan, an author based in McIntosh County.

“Supposedly, a number of the slaves fell off or jumped off the vessel and drowned, being unable to swim. There is no evidence or documentation that I have ever seen that the slaves who drowned at Ebo Landing intentionally took their own lives to avoid going into slavery on St. Simons,” Sullivan says.

“The latter is what has grown into myth and legend over the years. It has become the source of ghost stories and legends of St. Simons’ cultural history. I’m just guessing, but I am thinking there was some kind of accidental drowning there by an unknown number of slaves and the myth grew from there.”

Ladson agrees. But instead of detracting from the story, she feels, this version actually makes it more powerful.

“When we say the Igbo people drowned themselves, it kills off the story that truly happened, the story of resilience. It shows a people who stood against injustice,” she says. “It kind of sends the message that everyone should be accepting of the situation, and if they’re not, they should die off.”

Ladson feels the story of Igbo Landing is more important than ever before. Whether people choose to believe the story of the suicide or the story of the rebel Igbo who lived to fight another day, the moral of the story remains the same — defiance in the face of injustice.

“The story of Ebo Landing teaches us that we do not have to accept injustices that are forced upon us. We can fight back.”