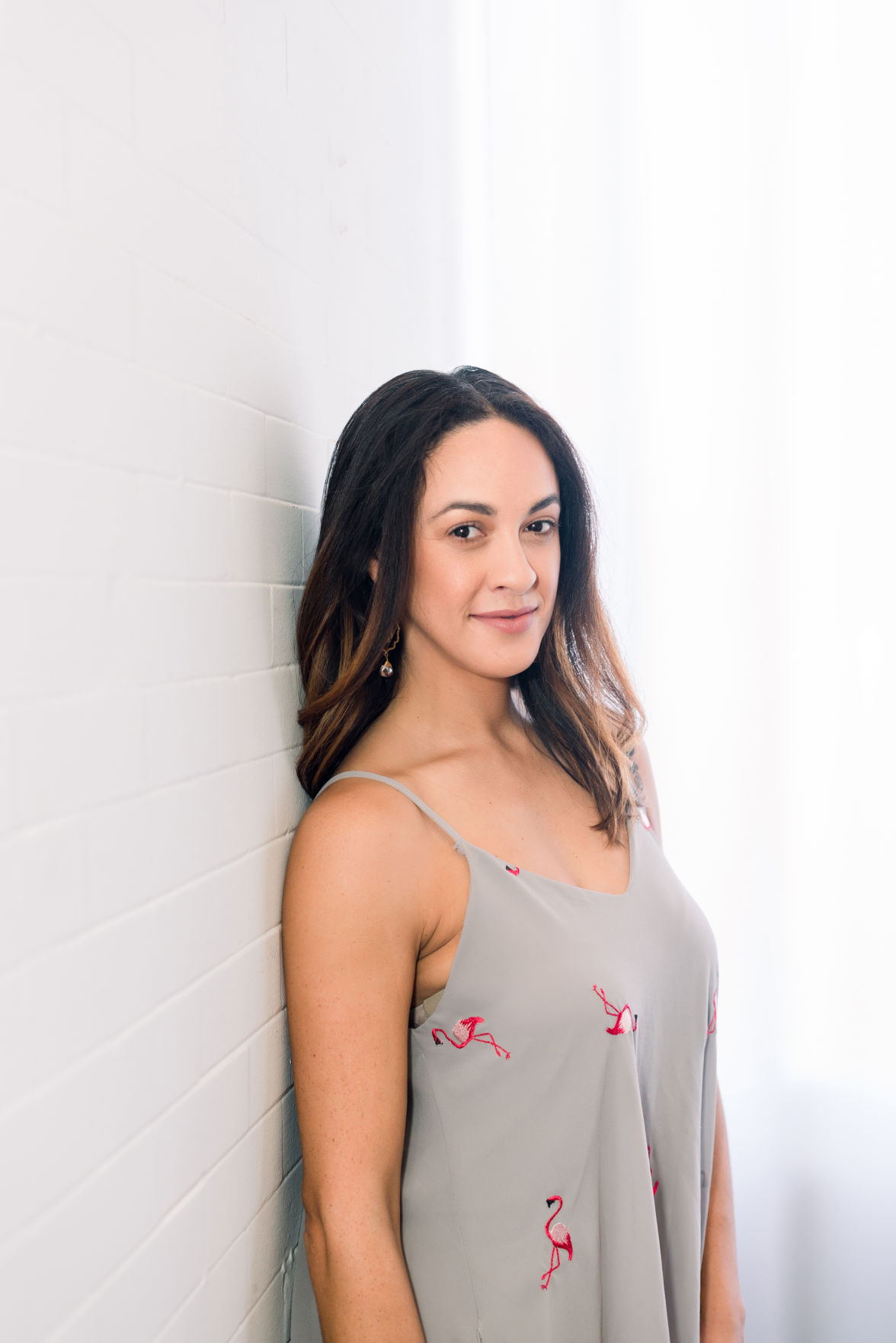 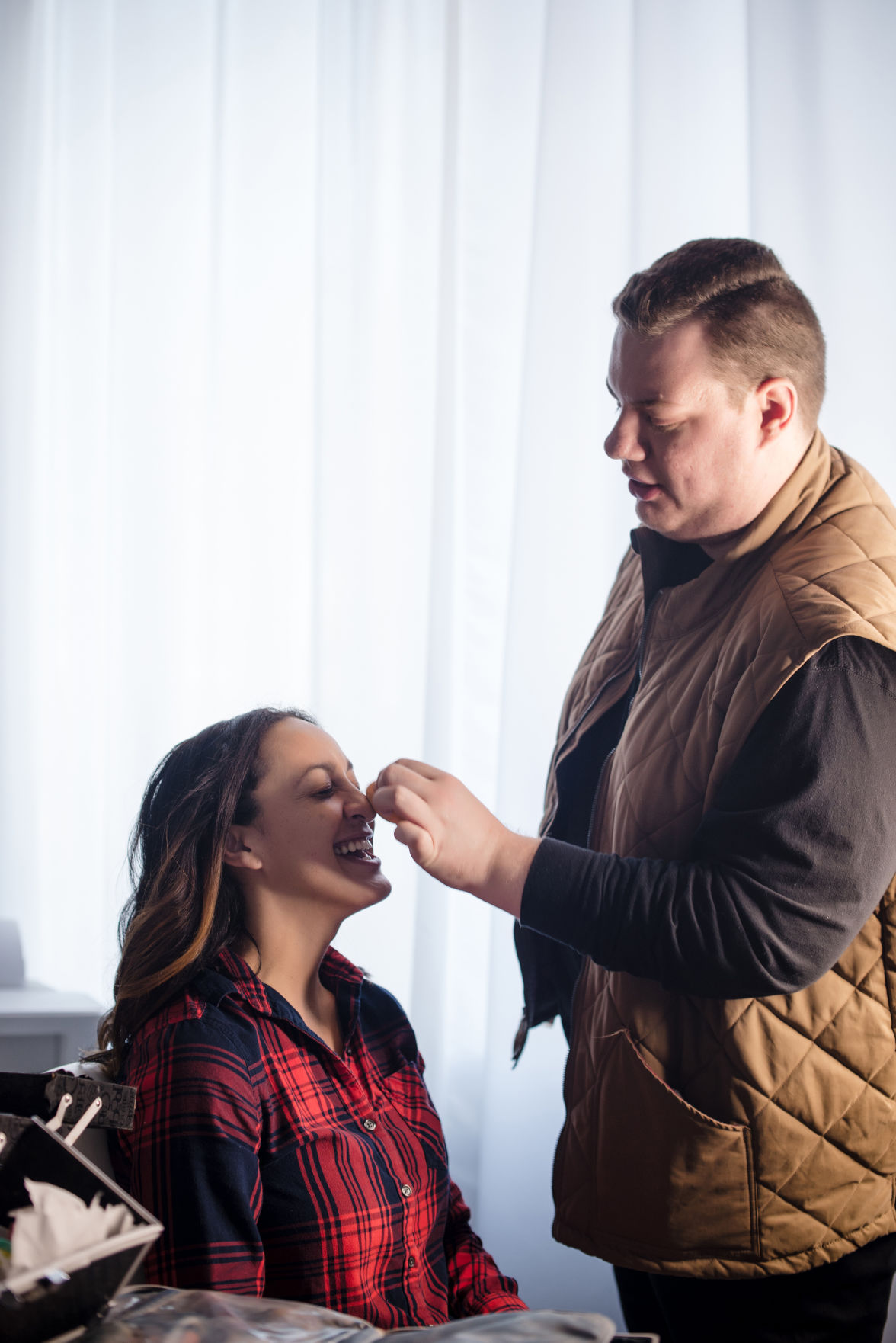 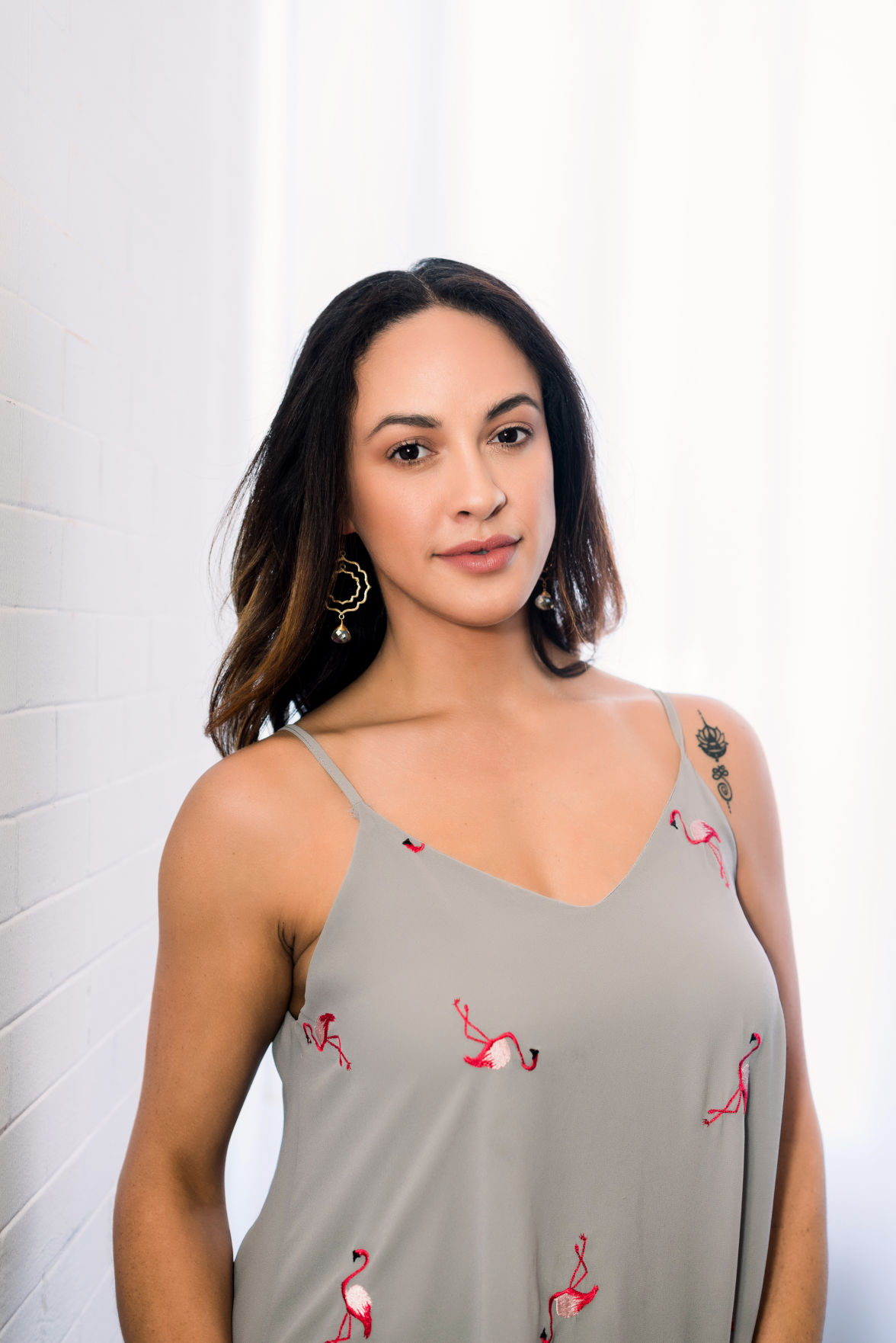 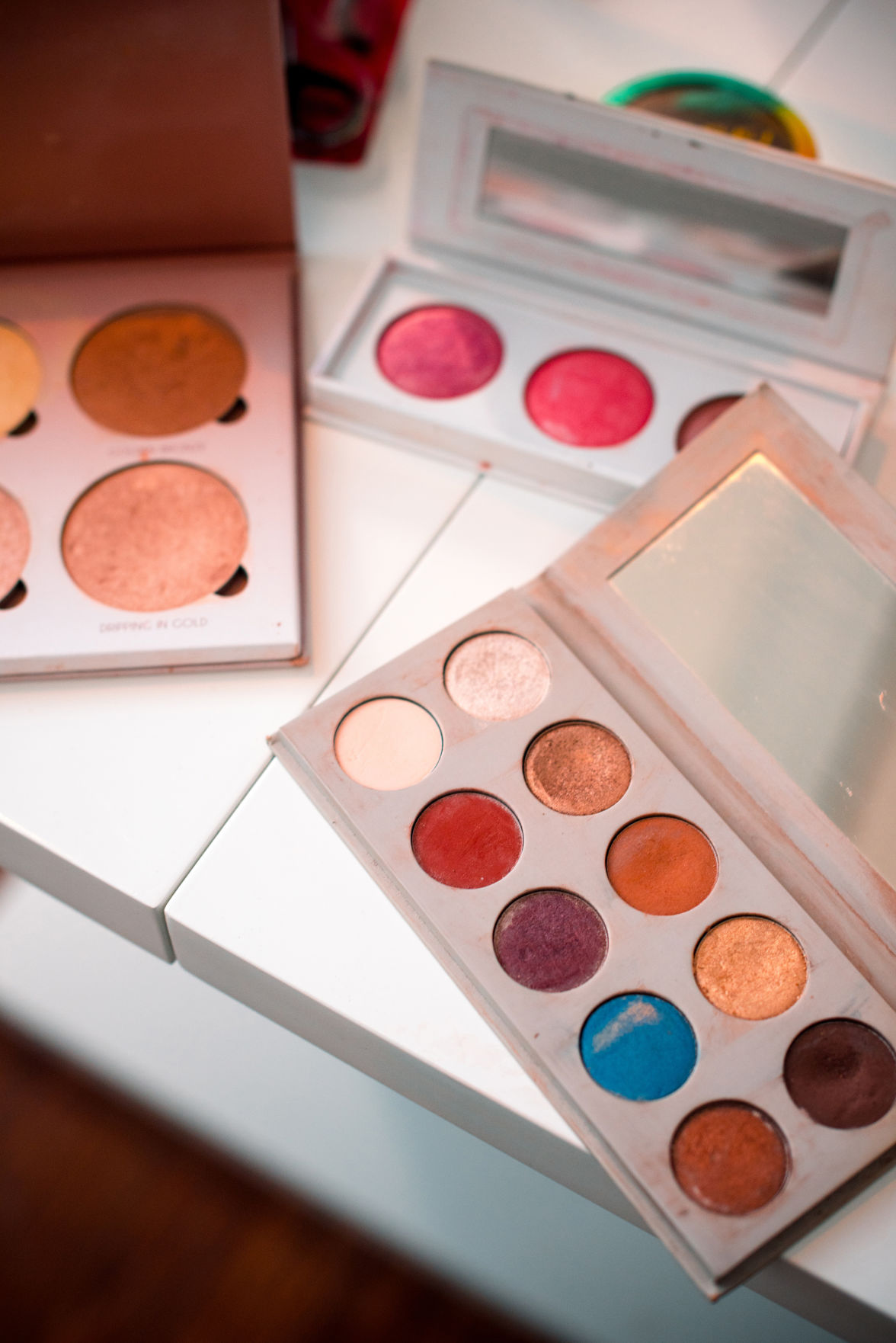 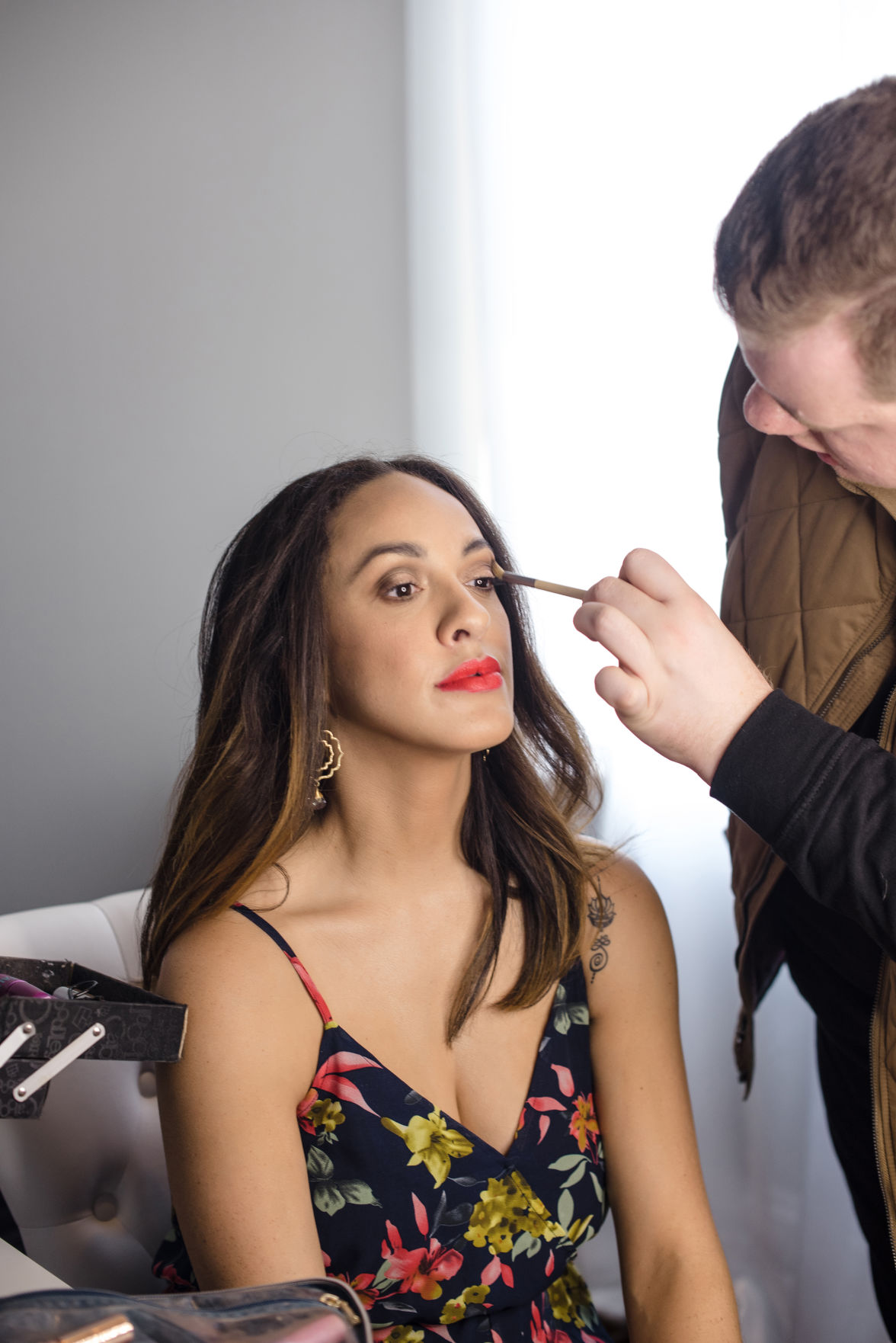 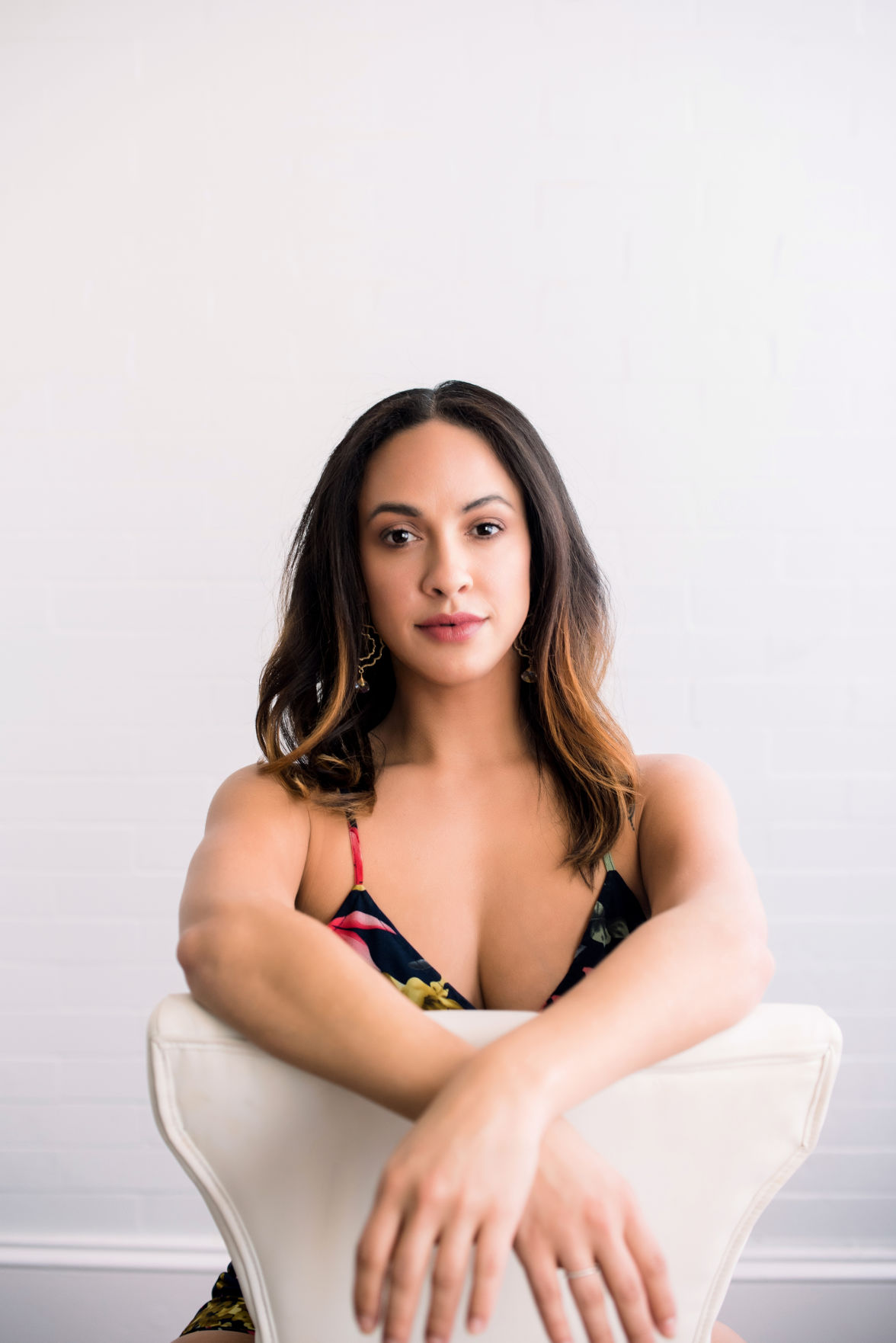 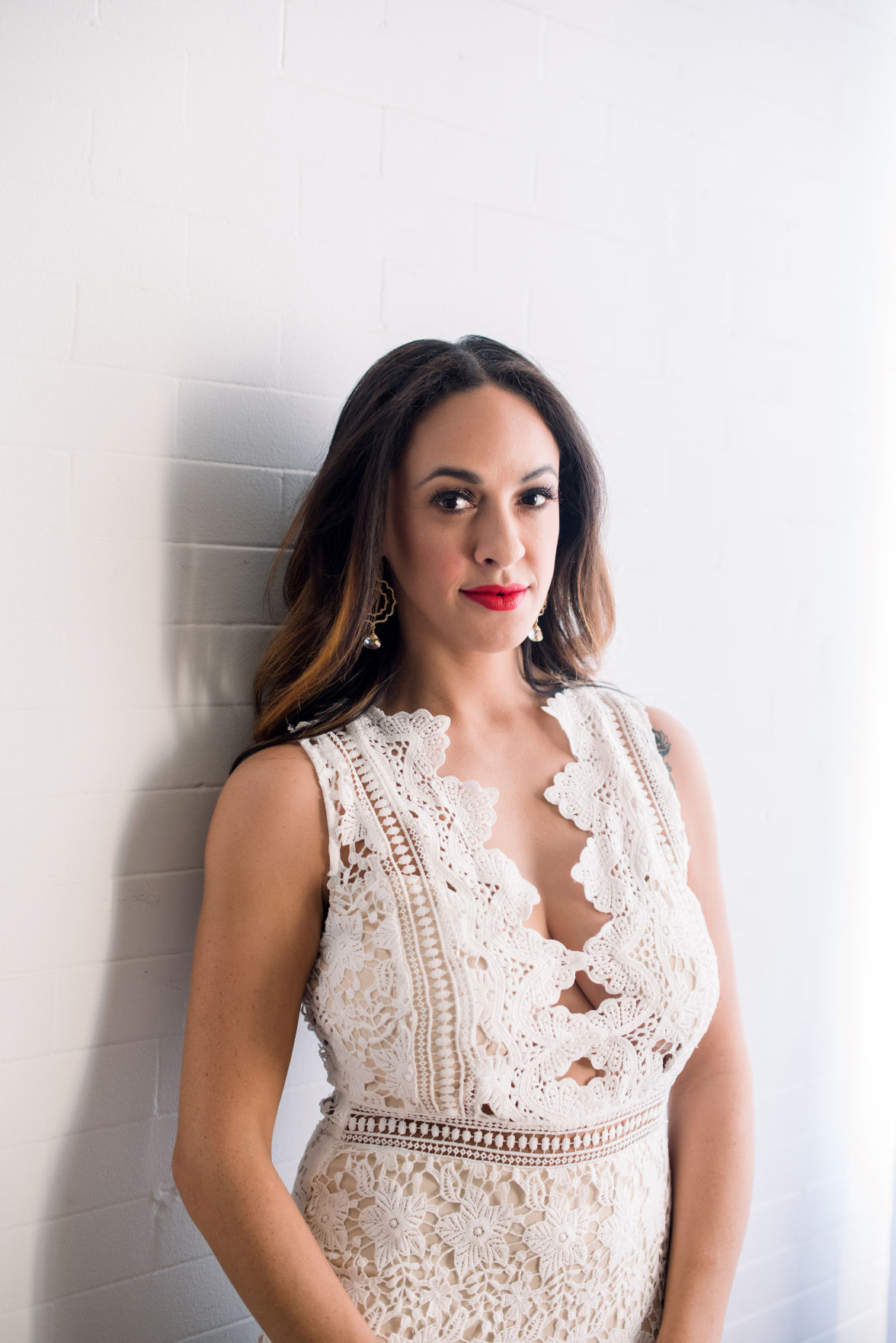 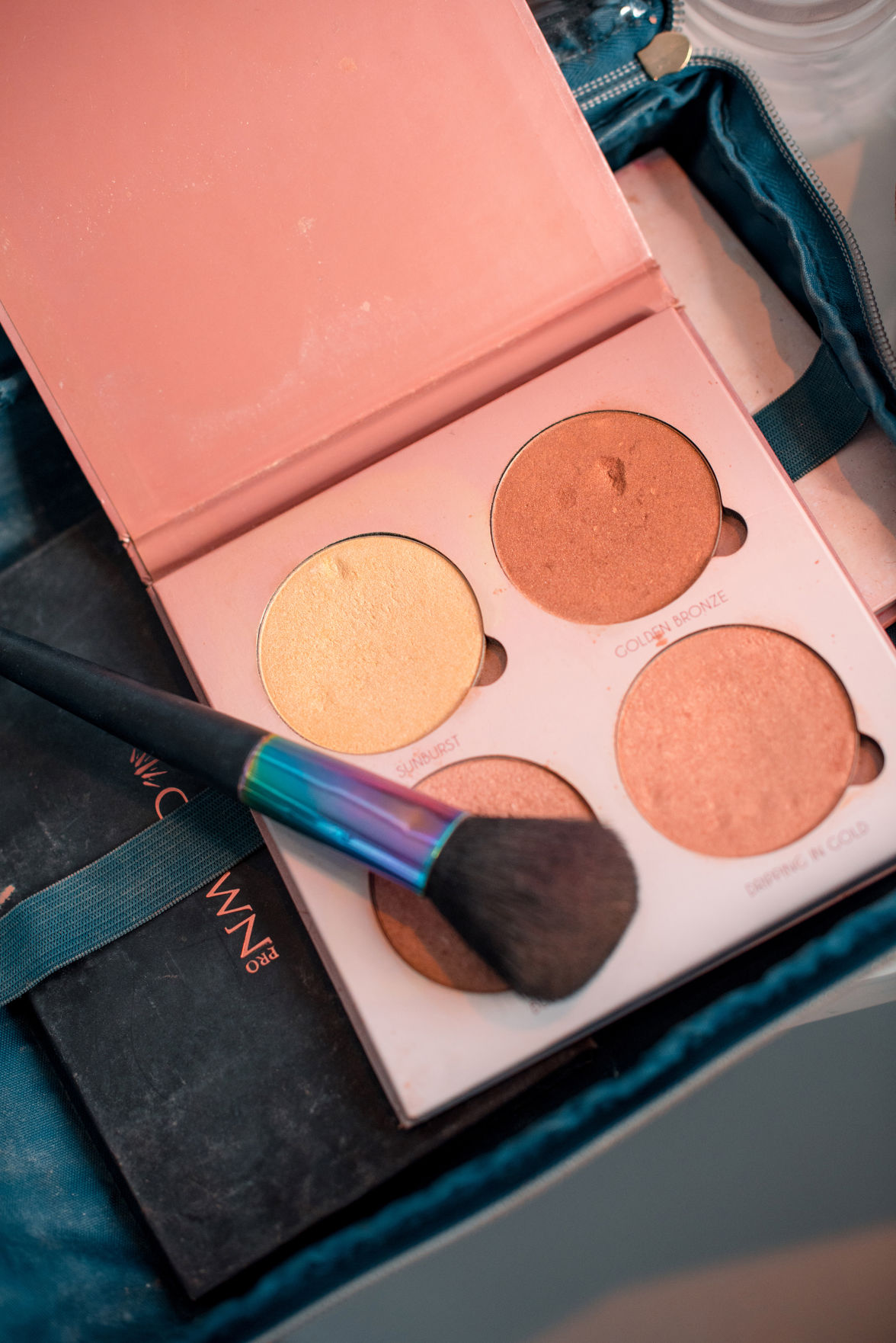 Laughter filtered out of the draped doors of The White Lounge on Newcastle Street in downtown Brunswick. The wedding collective, the brainchild of Terrica Skaggs, houses several of those who work in the area’s booming bridal industry who jointly use the space as place to get a little face time in with clients.

On this particular morning, it had morphed into a party of sorts, as a small group gathered in the sunlit conference room. Gerald Dampier, known locally by his Instagram handle — @glamking — and his friend/frequent collaborator, photographer Tamara Gibson were fresh from a coffee run and ready to do what they do best — create.

Music poured from speakers as Dampier, a professional stylist and makeup artist, started to unpack his case of goodies. Today, he was crafting a dewy, earthy look perfect for springtime.

“My mom is the most fabulous lady ... really kind of a diva,” he says with a laugh, as he arranges his brushes. “I would always watch her get ready and do her makeup. She was never one to go out of the house without a full face, even if she was just going to the grocery store.”

Through years of practice, Dampier has refined his own makeup application skills, using them for weddings, photo shoots, and special events. But, regardless of the occasion, he always believes in shining.

“What we’re doing today is going to be using earthy tones to create three different looks, but you can easily go from one to the other,” he says. “We will start with a nice matte, then add some shimmer and glossy lip. Then, we will finish with some big lashes and a pop of coral on the lip.”

This first style is rich yet subtle. But it all begins with a solid base.

“The first thing you do is primer and moisturizer. You never want to start on a bare face ... you need to give the foundation something to adhere to, otherwise it will look cakey,” he says. “Make sure you’re using a primer that’s right for your skin tone, too.”

From there, it’s time to start adding in layers. The first is a liquid foundation. Dampier notes that it is critically important to make sure the color being used is one’s actual skin tone.

“You can use your hand to see, but an even better way to tell is to go outside. A lot of people do it indoors and it’s really not the same. When you go outside, especially in the car, it will show all,” he says.

He applies the foundation using both a sponge, then a brush for more effective coverage.

“I add more as I go along,” he says, dotting the sponge on the skin.

Next up — concealer. Dampier uses it on the high points of the face — nose, chin, and under the eyes. He carefully blends that with a brush.

“You want a concealer that’s one to two shades lighter, and you use it to brighten up the face,” he says.

Once the concealer is applied, Dampier uses a loose powder to set his work.

“It’s really baking it in. This method locks everything in,” he says.

From there, he goes in with the bronzer. Dampier sweeps the color across upper cheek bones and the hairline to give an illusion of more depth.

“I start at the temple, and go to the cheek,” he says.

He follows that with a blush — a light peachy shade, brushing it on the apples of the cheeks, following up with a champagne colored highlight.

“I like the peach with her darker skin,” he says of his model. “Then, you do your highlighter, but don’t go overboard.”

Once he reaches this point, Dampier uses a quick spritz of finishing spray to set his work thus far.

And then he moves to the eyes. Brows come first, as he delicately fills in the space with a pencil matching the hair color, followed by a brush for blending.

“You always want to think about complementary colors for your eyes to make them really pop. For hazel eyes, it’s mauve and then more of a warm, orangey color for blue eyes,” he says.

But here, he opts for a brown palette, using a lighter tone across the lid and a deeper chocolate hue for the crease.

“Then, you use a little bit of shimmer under the brow,” he says.

Dampier finishes out this look with one of his favorite tools — a gloss called Lip Injection, a formula that offers a plumper pout.

“I love this stuff,” he says. “And we’re just going to do a liner and gloss to keep it natural.”

Once one has mastered the matte, it is time to take it to the next level — shimmer. Dampier easily amps up his previous daytime look by bringing more shine to the face.

The first step is to add more blush and highlight to the cheeks. Then he moves to the eyes where he brushes on a sparkling cream shadow on the inner corners of the eyes.

“That gives it just a little more drama and really opens the eye up,” he says.

He also changes out the lip color for something a bit more substantial.

“We’re going with more of a berry here,” he says.

For his final look, Dampier decides to go all-in with some seriously fierce updates. Working from his most recent shimmer set, he starts to deepen the colors of the eyes, cheeks, and of course, the lips.

“I’m darkening up the eyes. Then I’m going to add lashes. The one thing that throws people off with the lashes is the glue. They don’t wait long enough,” he says, delicately applying the adhesive. “That makes a huge mess. Wait until it gets a little tacky then put them on. Some people also use black glue because they think it will match better. Don’t do it ... it gets everywhere.”

Once he attaches the lashes, Dampier follows up with a dark brown liquid liner and applies mascara.

For his final touch, the coral lipstick, he chooses to mix three similar colors together.