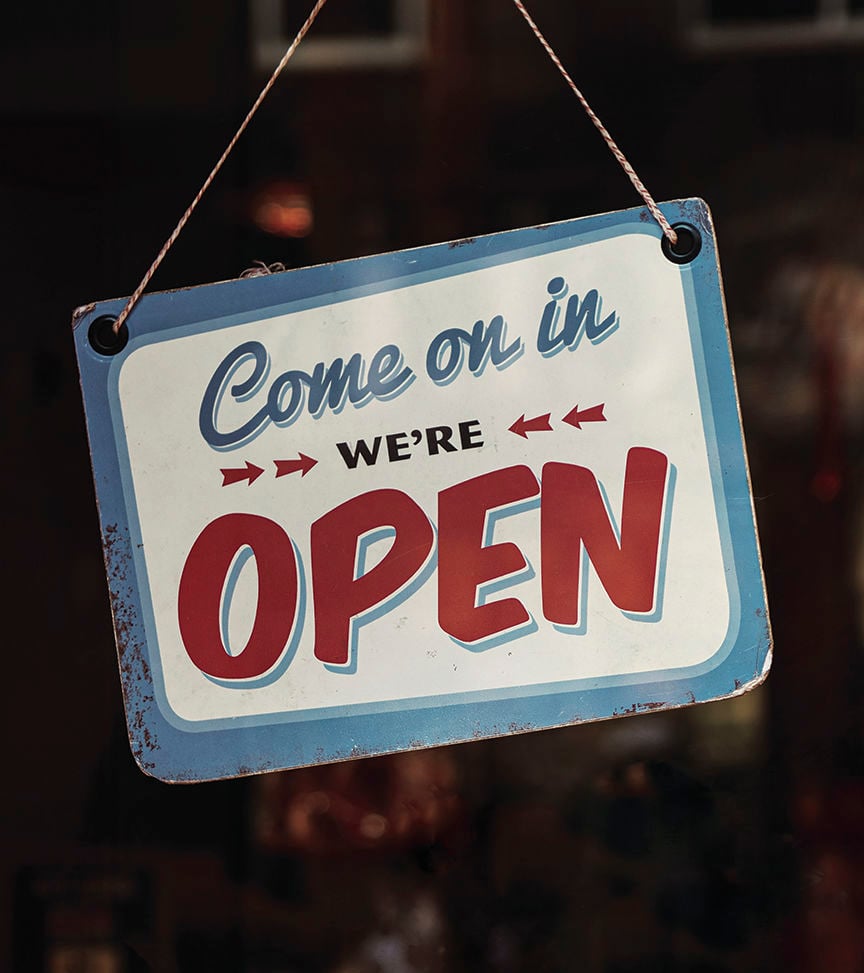 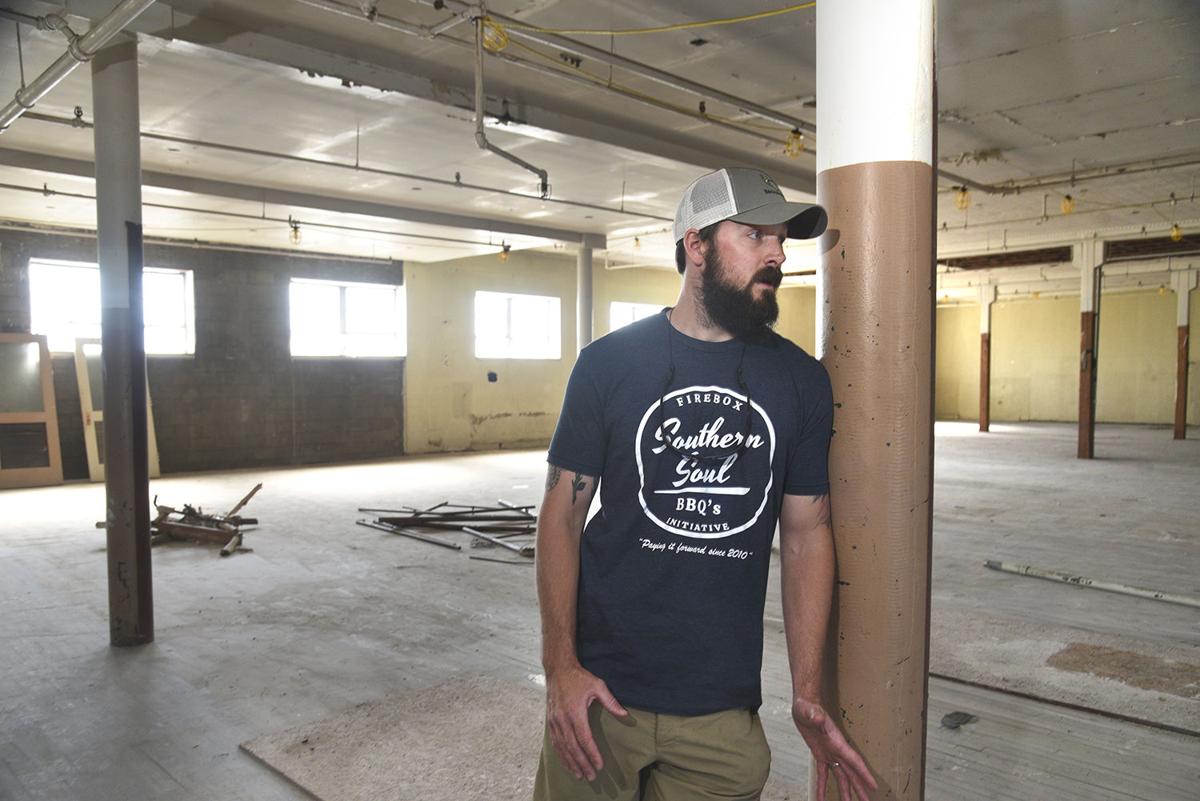 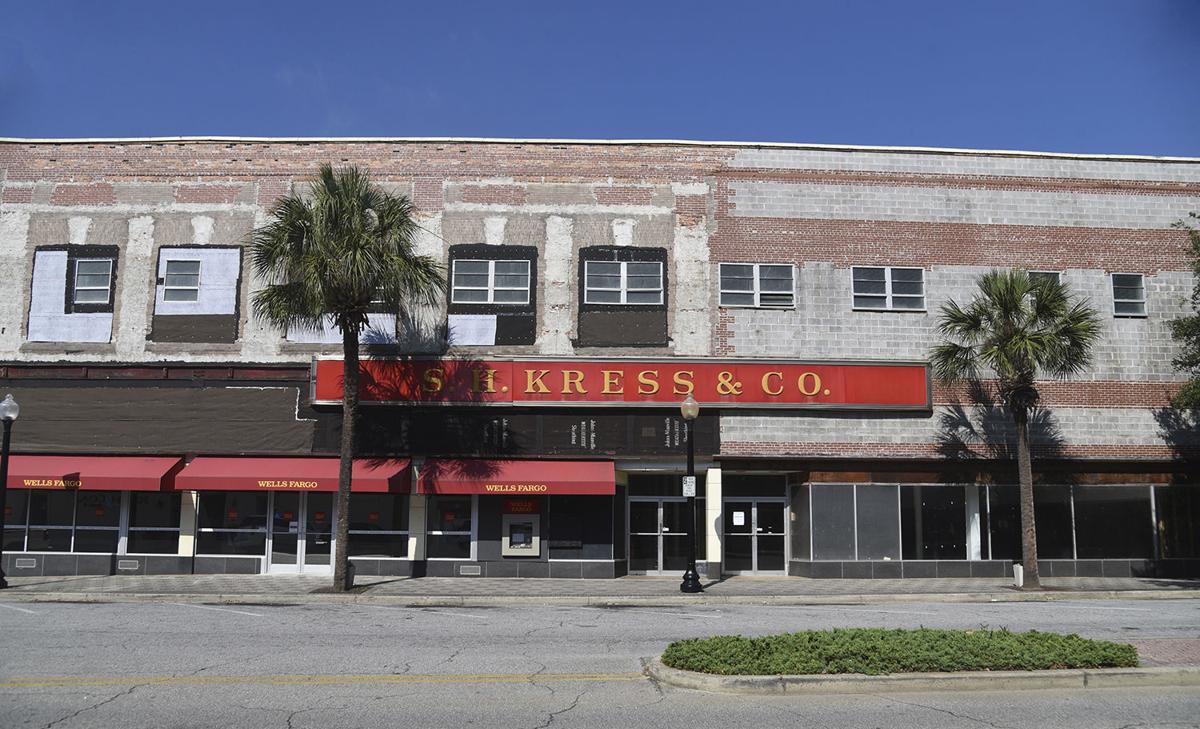 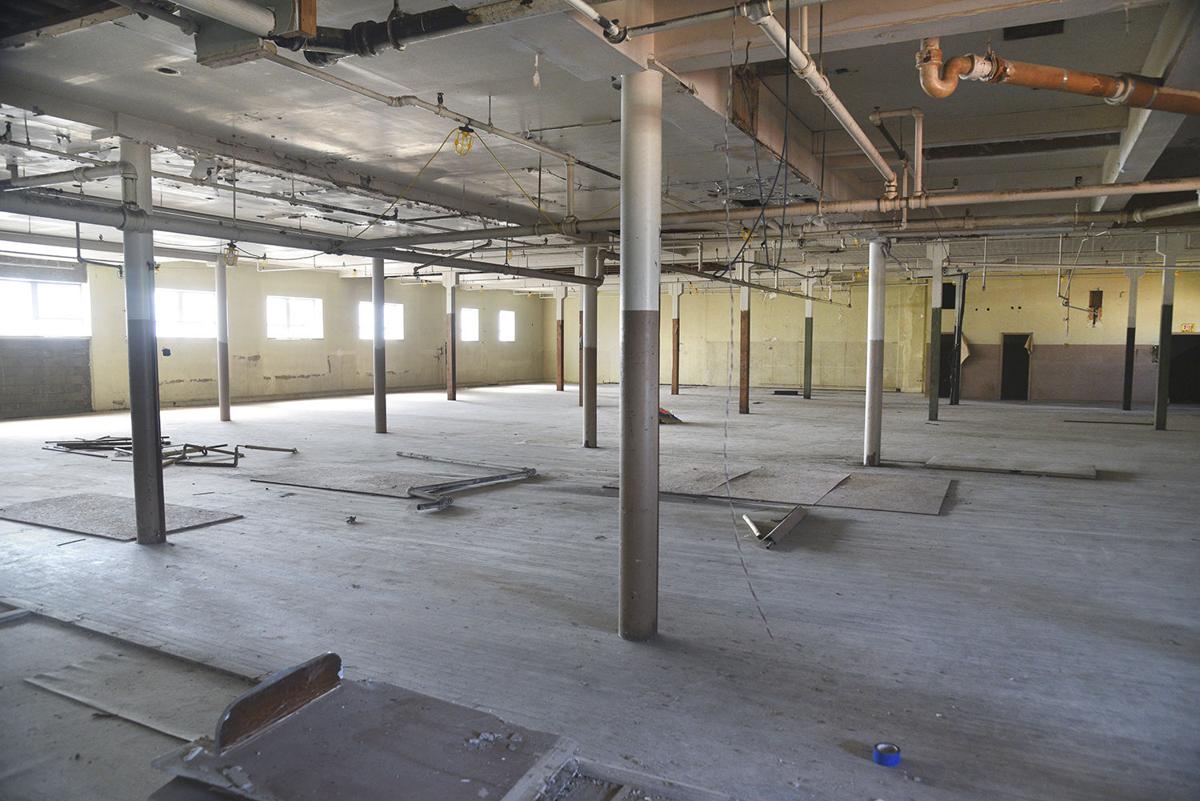 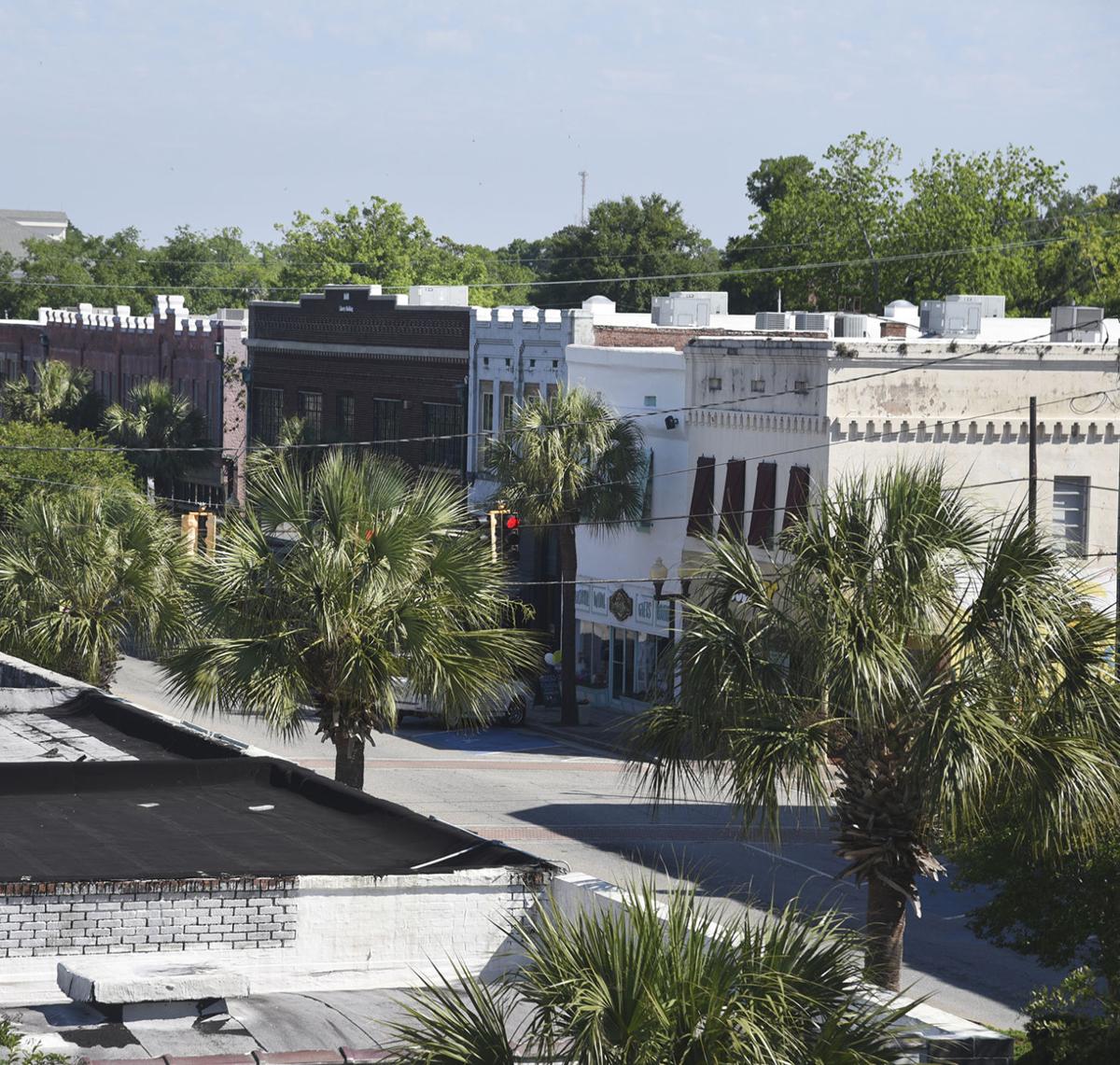 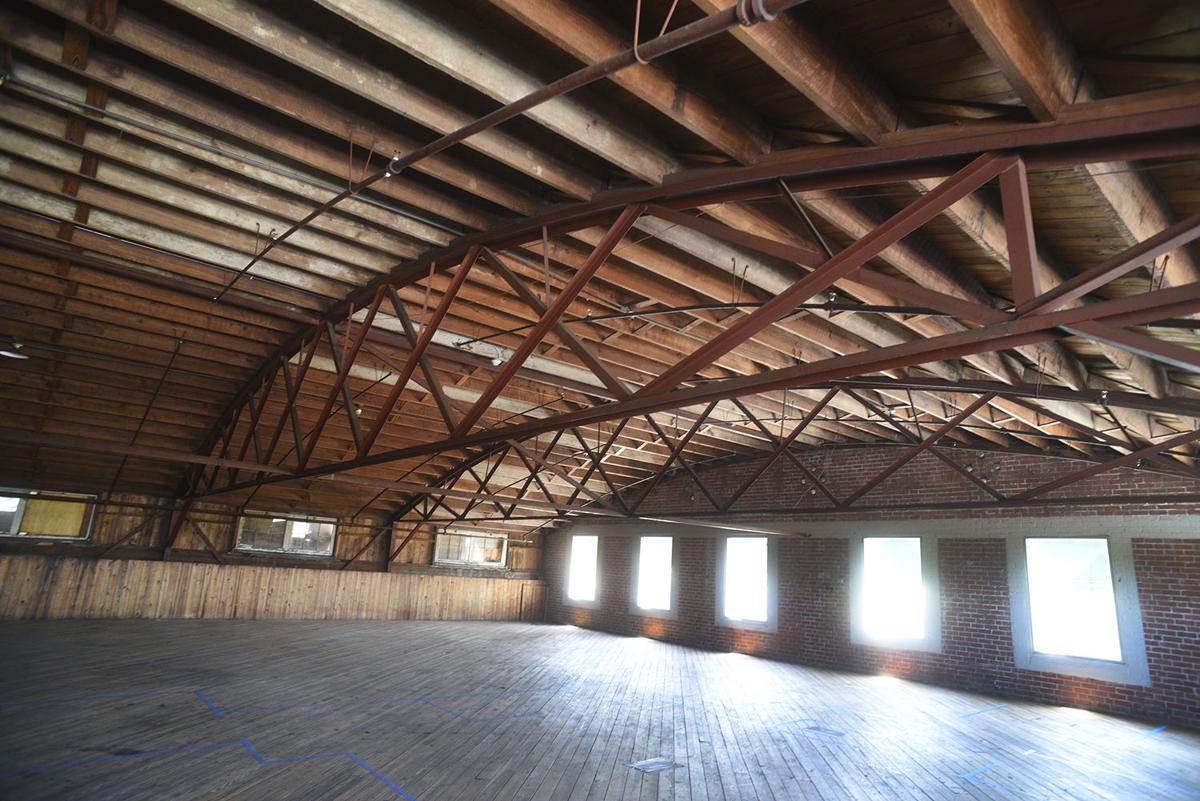 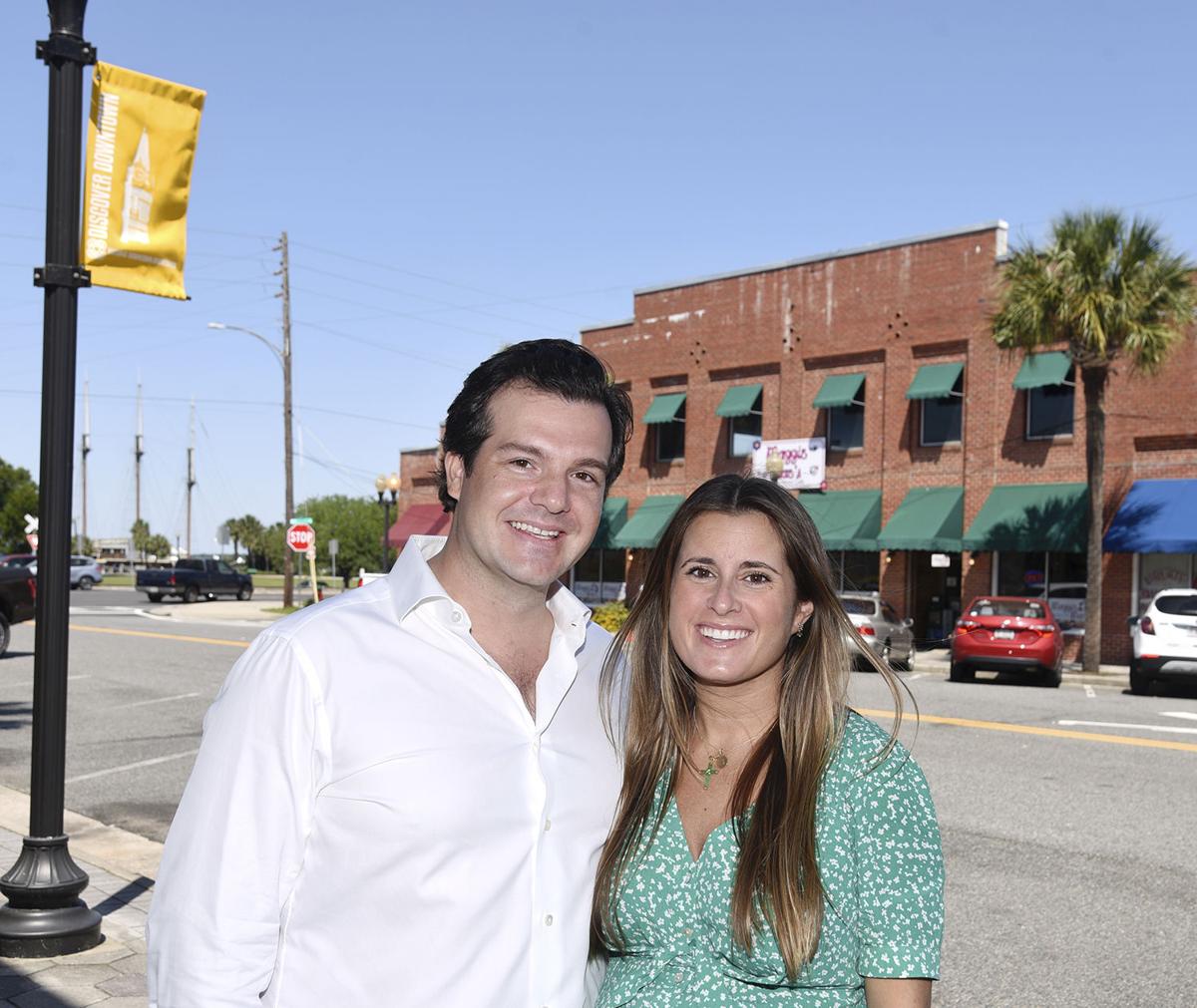 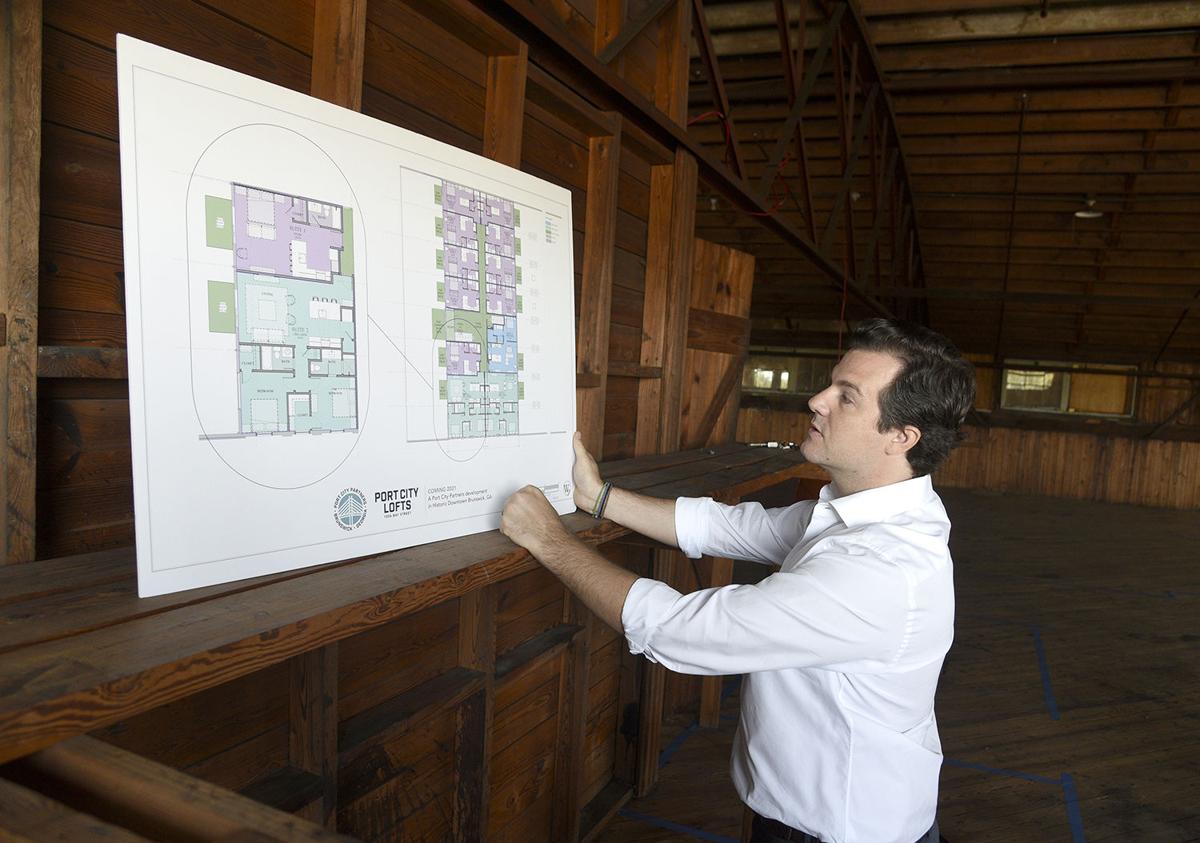 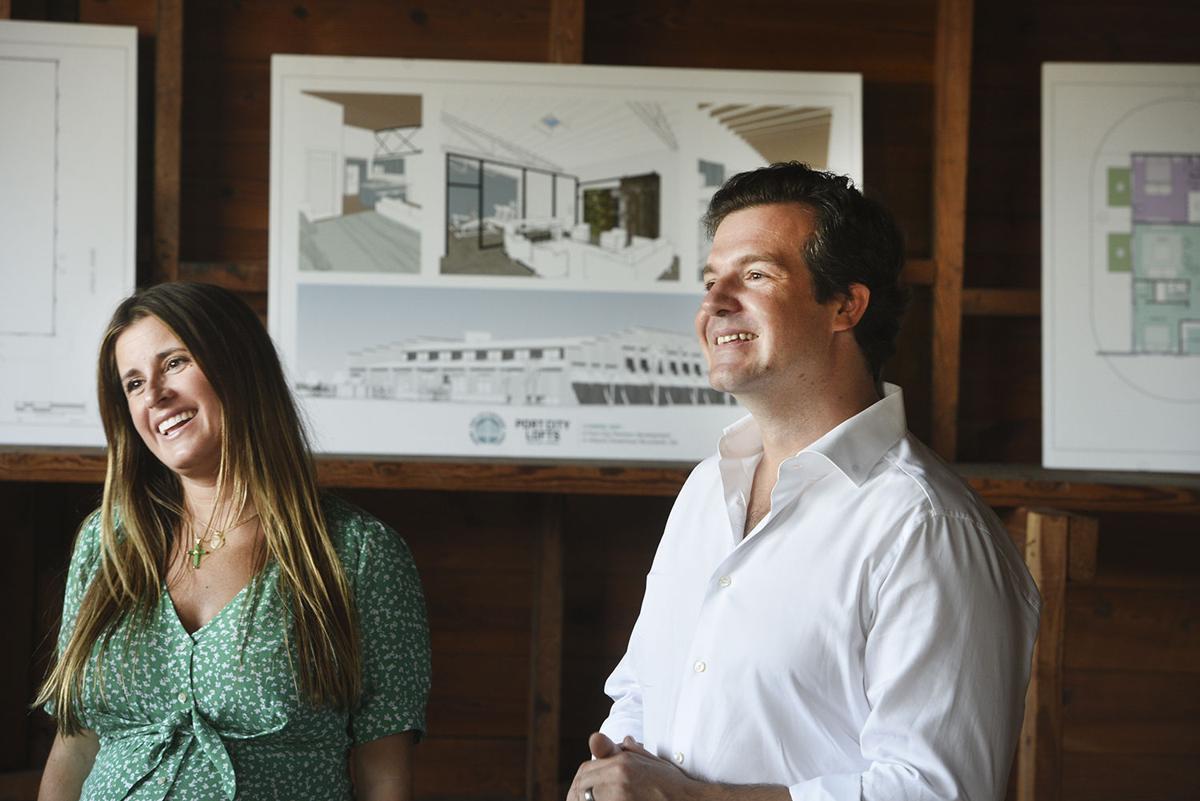 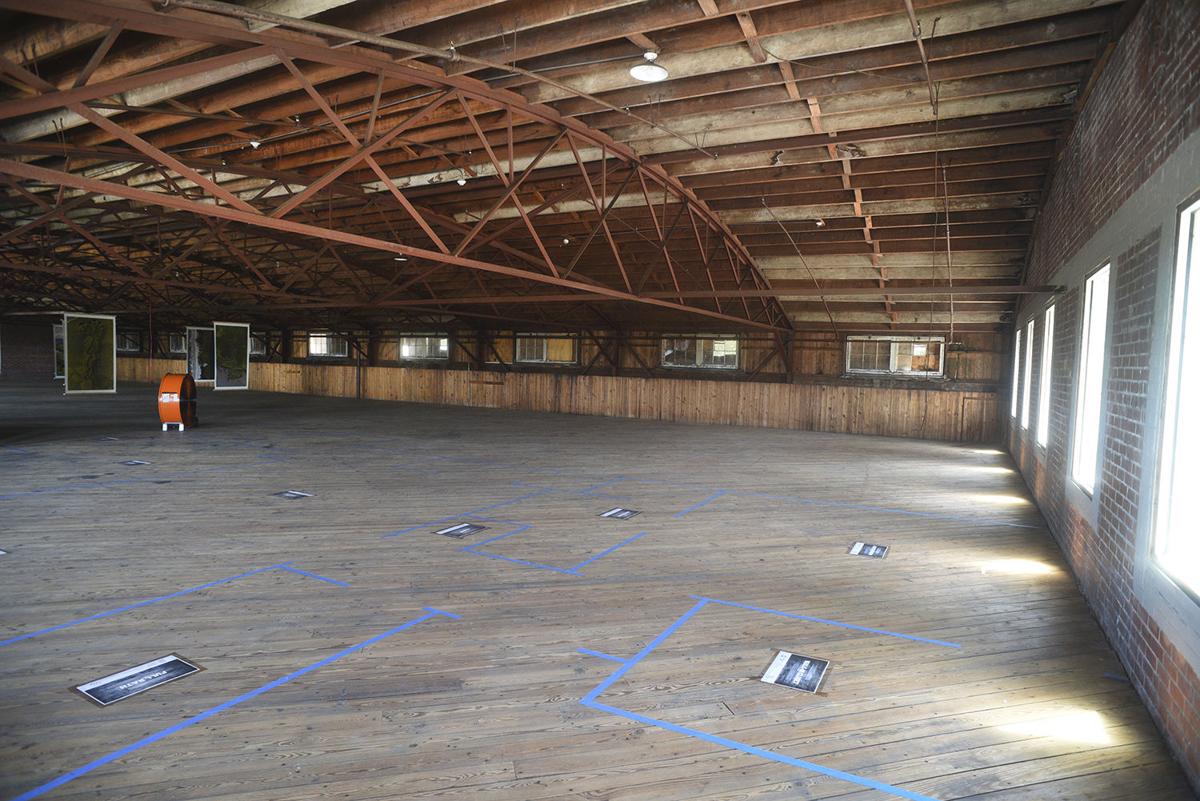 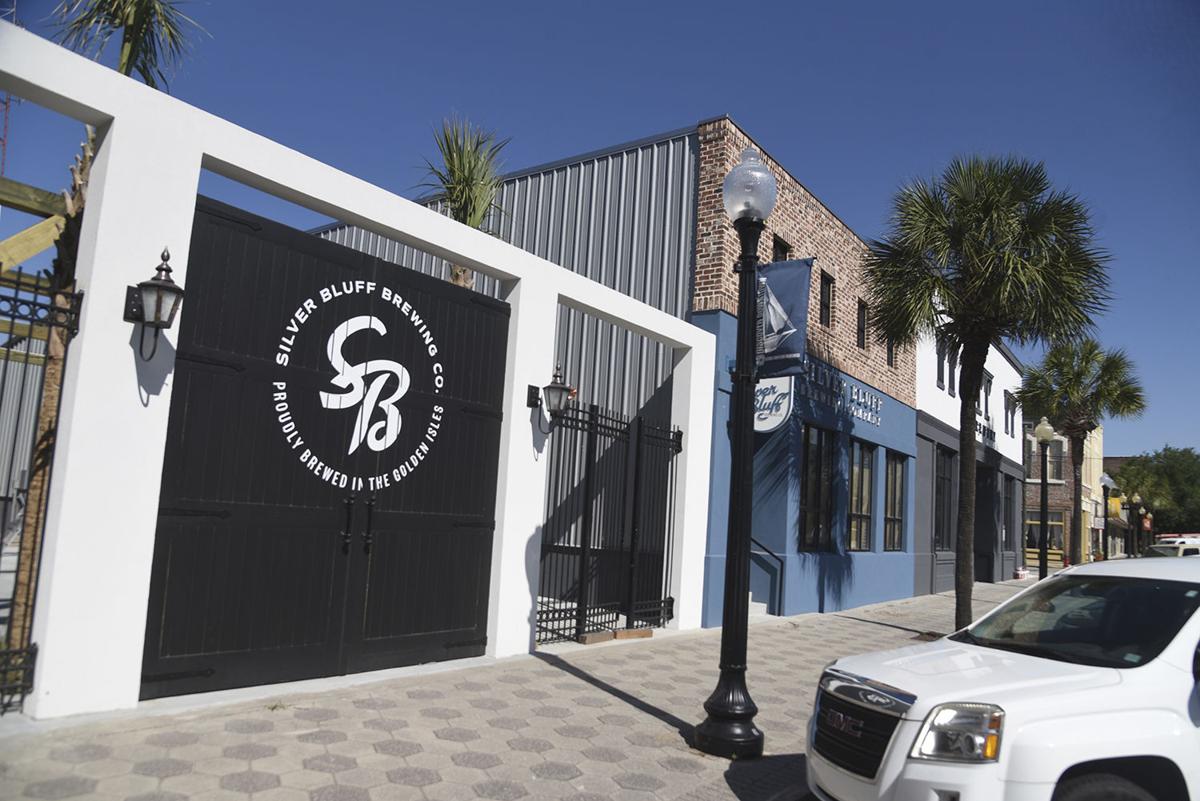 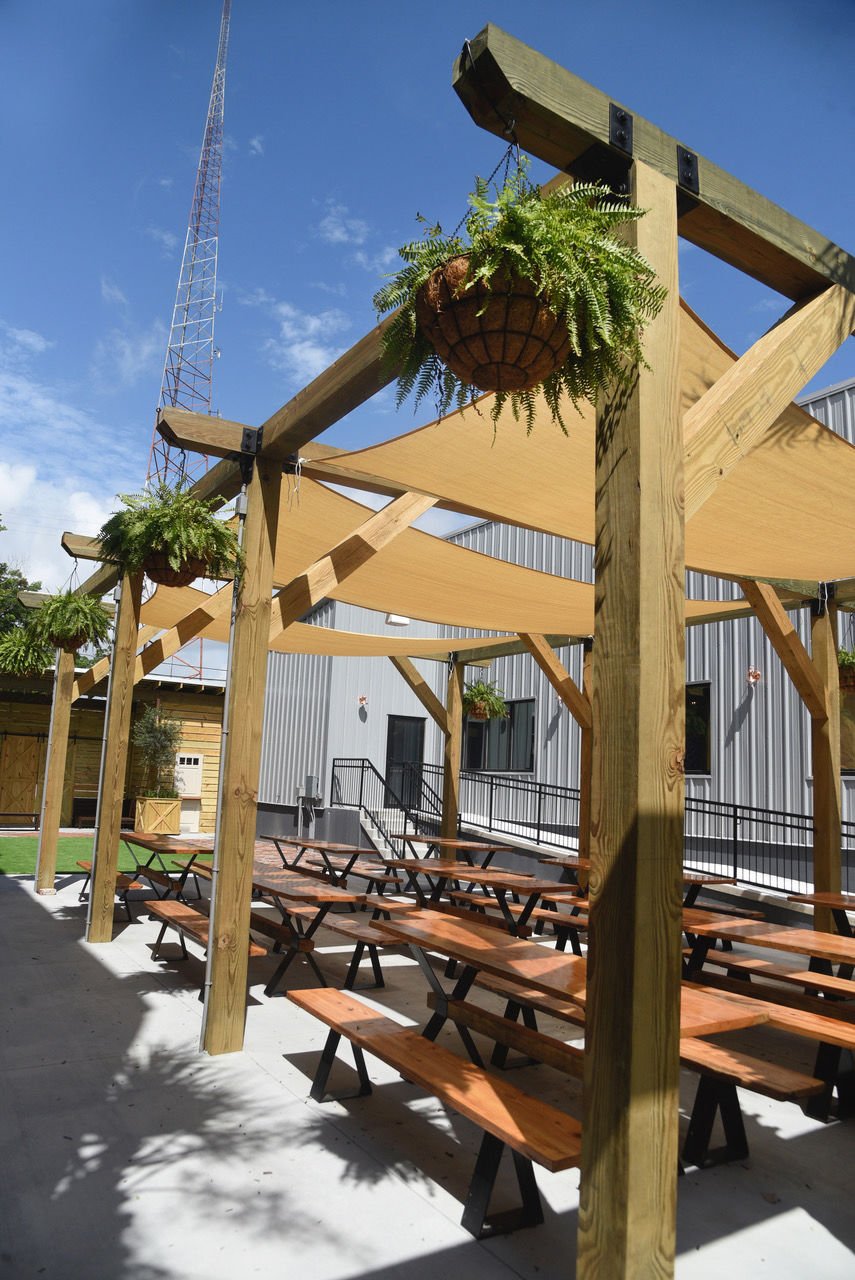 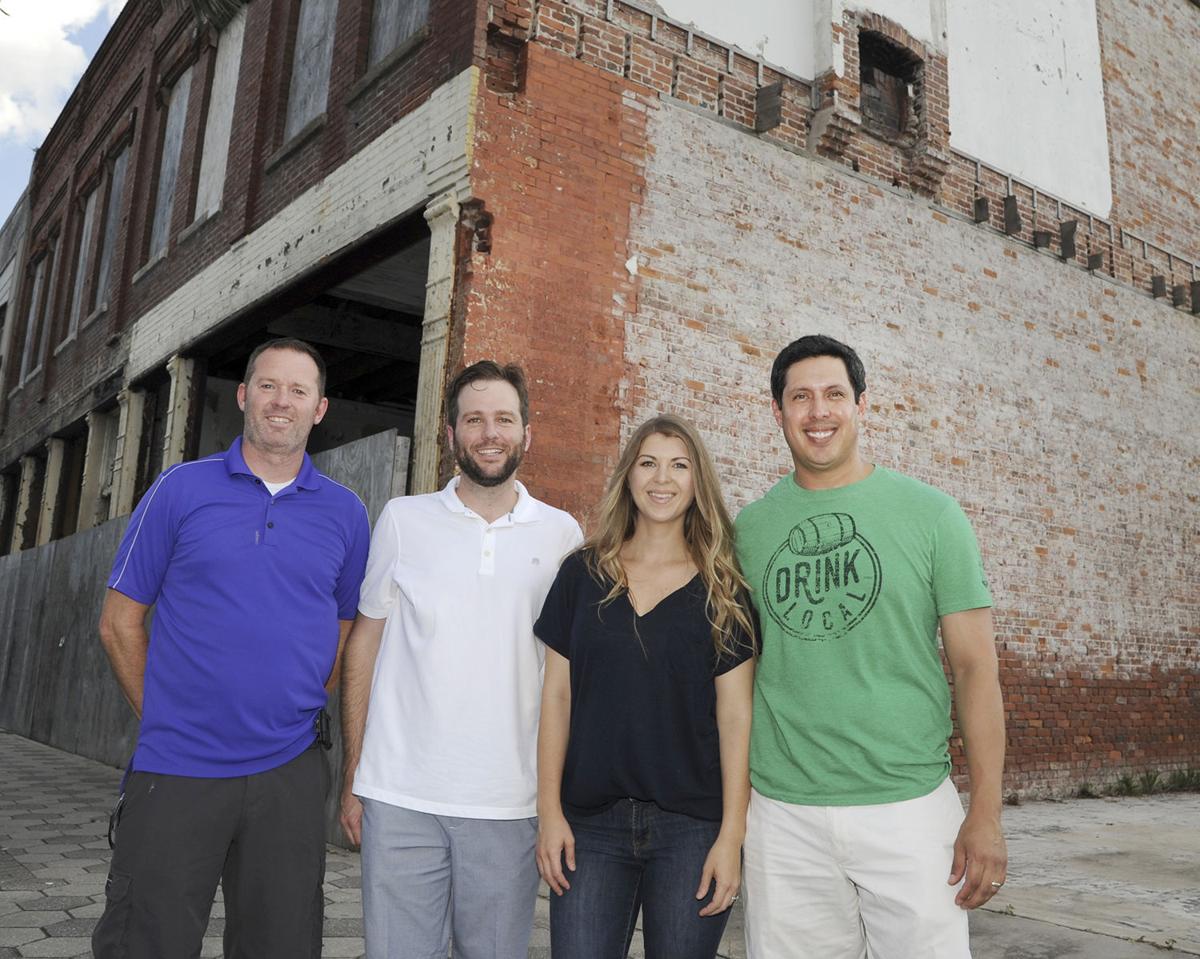 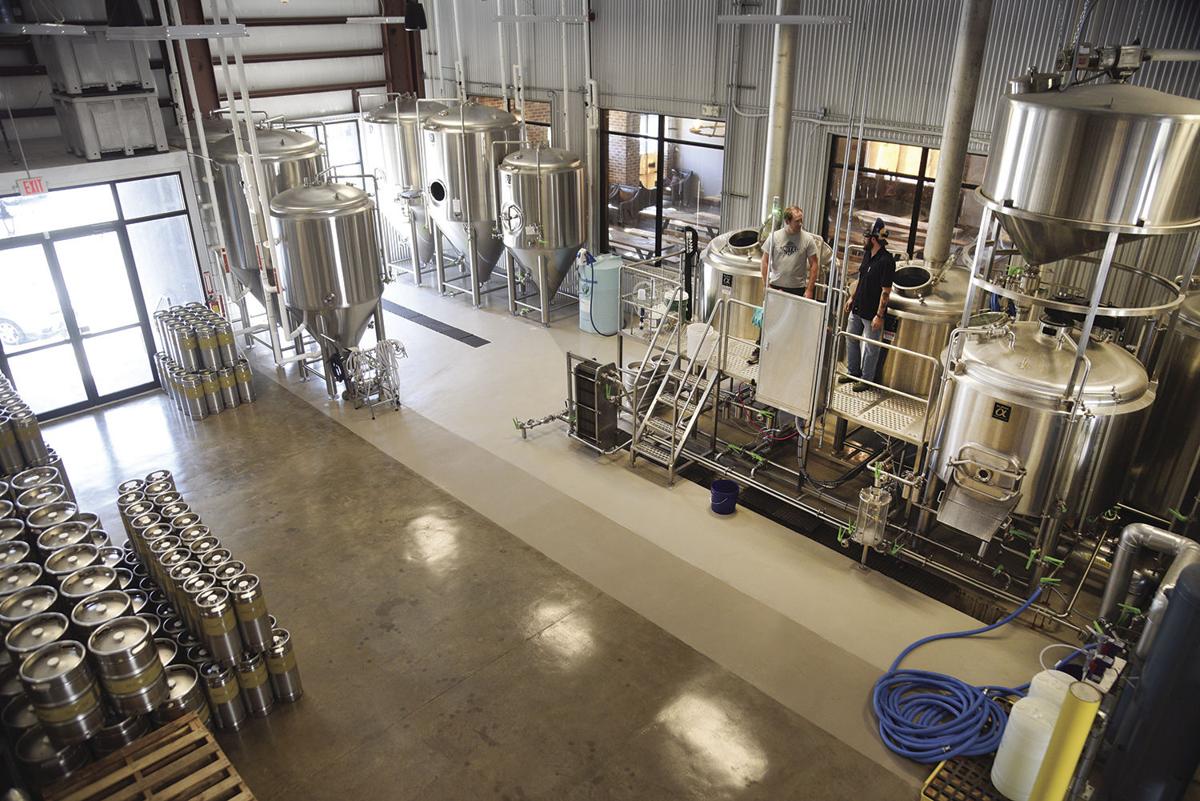 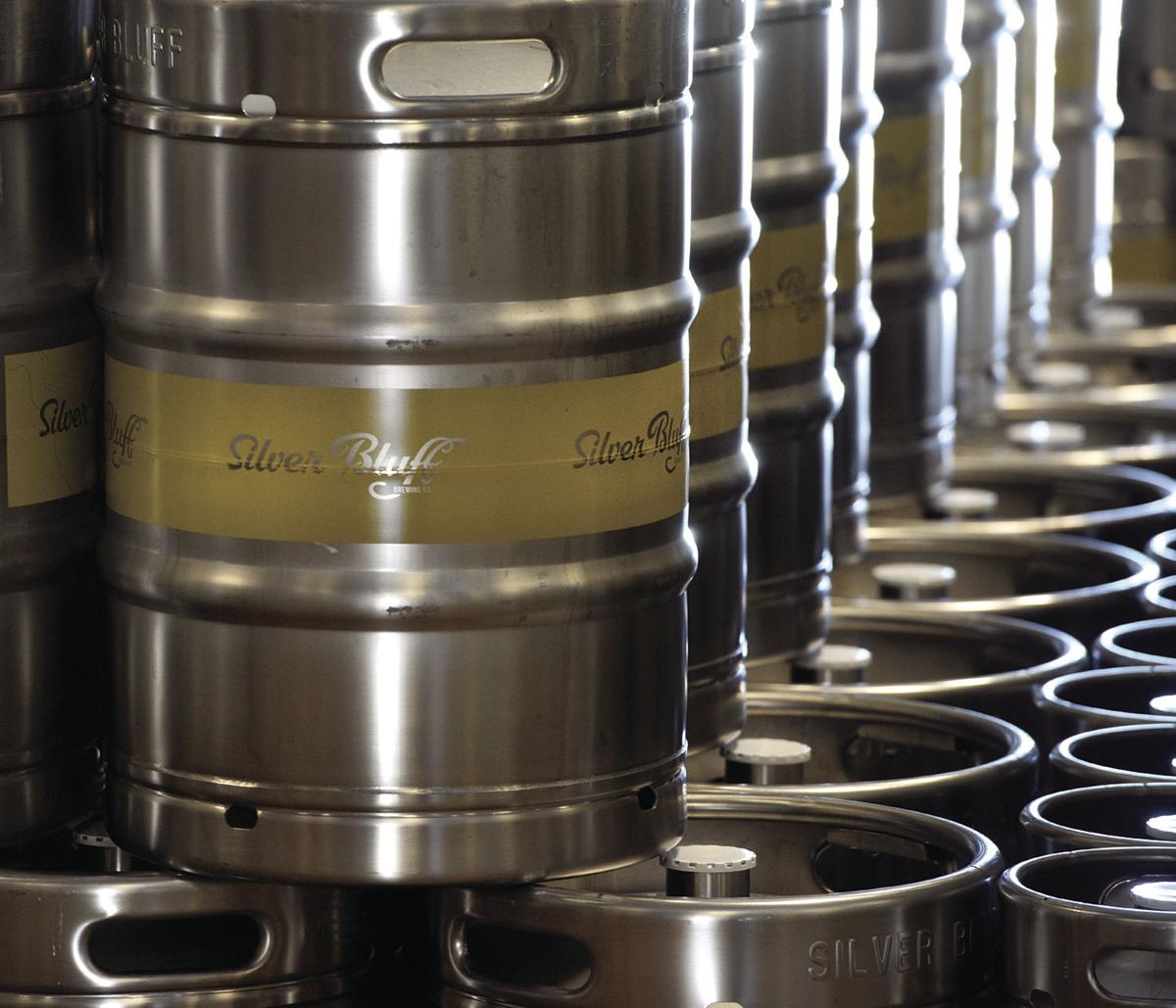 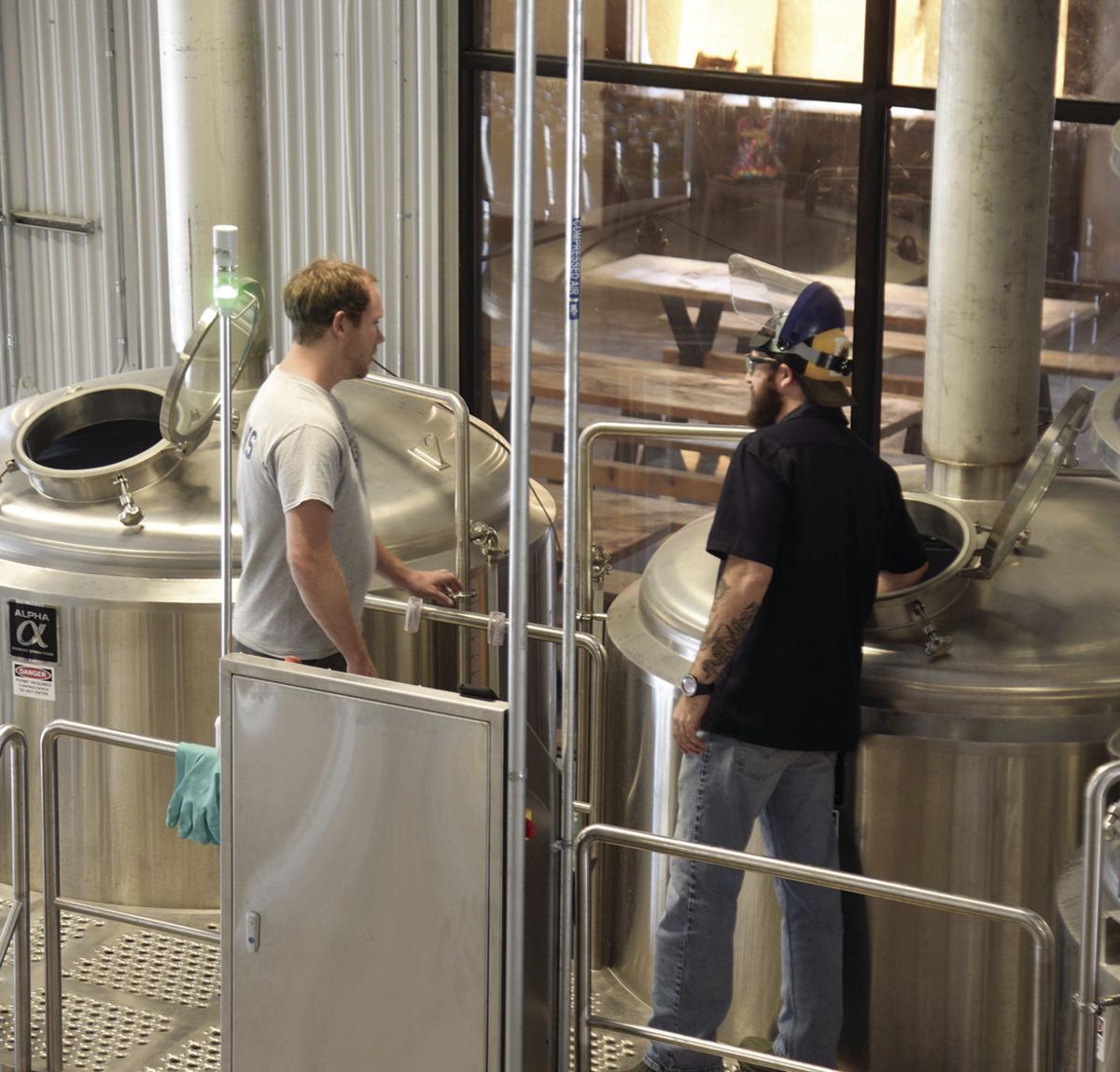 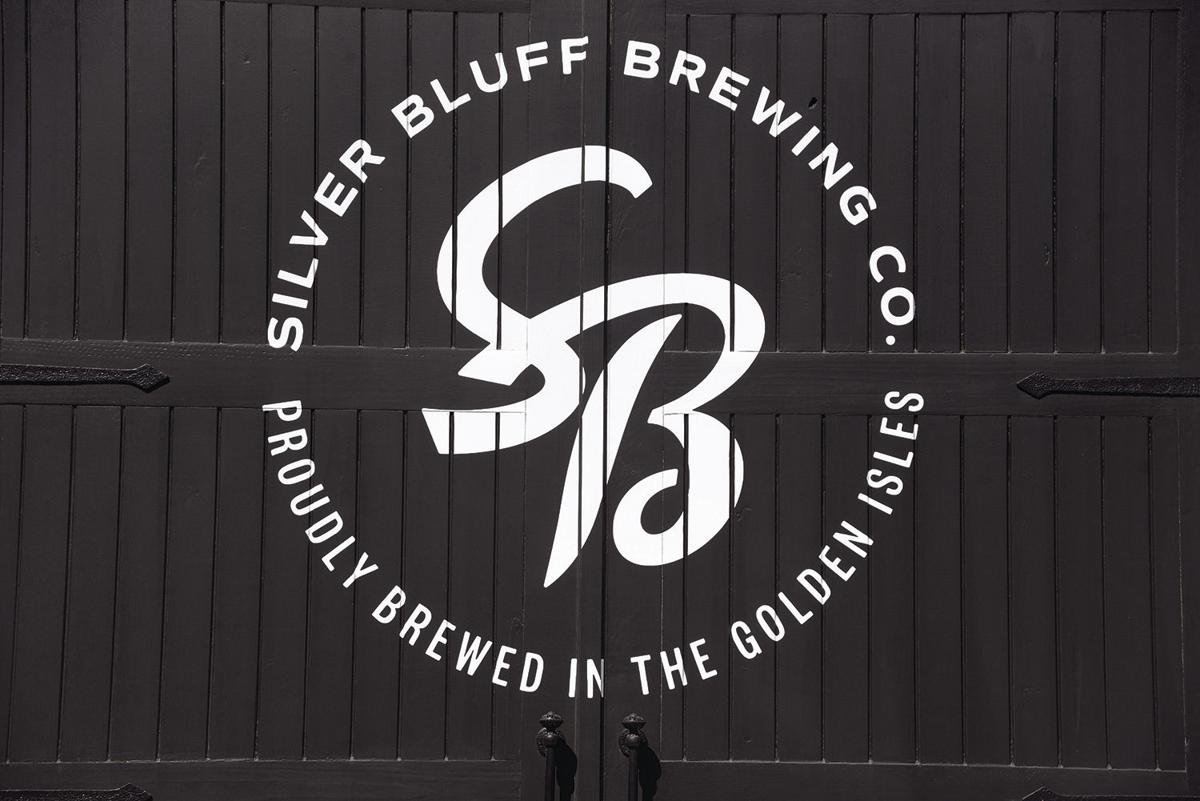 The historic flare of downtown Brunswick’s shops, restaurants, cultural venues, and offices have shaped the landscape for years, providing a steady foundation for the retail district.

But there’s long been a collective hope for more growth. And it looks like the area is on the cusp of an exciting rebirth.

New faces have also stepped up — a father-son team from Cleveland, Jim and Michael Kaufman, started buying properties in 2017. They opened the Wick on Newcastle Street three years ago, the Wick 2.0 on F Street, and lastly, and Wick 3.0 on Gloucester Street, offering 100 office spaces combined.

Stephen Prince and his daughter, Courtney, from Nashville, Tenn., saw the potential of the city’s downtown district. They are the owners of the Suntrust Bank building on Gloucester Street and the old Gould Ford Building on Newcastle Street. They plan to build apartments and lofts on the upper floor and have already started leasing office space on the lower level.

Another Nashville native, Bill Bernstein, is the new owner of the Zell Building on Gloucester Street and recently opened Bardelous, a restaurant and family game venue, on storefront property he owns on Newcastle Street. He is currently planning a farmer’s market in the former Piddler’s Antique on the corner of MLK and Gloucester Street.

More recently, other individuals and families stepped-up to the plate and are working together to help revitalize Brunswick. Here are just a few of those:

A Glynn county native and former Marine turned Charleston developer, McGraw purchased the Kress Building along Newcastle Street. His plan is to offer commercial space on the ground floor, condominiums on the second level, and a restaurant, and rooftop bar on the third.

“We think it will be pretty unique. We’re working with a local business owner who wants to put in a fitness center with a rock climbing wall and yoga studio on the bottom floor,” he says. “Then we have nine condos on the next level, which have already received a ton of interest. On the roof, we are working with a restaurant owner from St. Simons Island for a bar and rooftop restaurant.”

While updating and repurposing, McGraw is working to keep the historic building’s character intact as they modernize the property.

“We really want to do something that is eye-catching and beautiful, but that also keeps the historic feel of the Kress building,” he says.

McGraw hopes that the project is completed by fall of 2021, but concedes that construction is always difficult to predict. He’s hoping that the result will prove another positive piece to the downtown revitalization effort. And he’s glad to see the momentum the area has gained. In addition to the Kress project, he’s also purchased the former Antiques Etc. building on Newcastle Street.

While plans are not set in stone, he envisions more living space and potentially a coffee shop.

“I envision approximately 50 rental units over ground level commercial space. Potentially, a coffee shop and large lobby space for the community to utilize to study and meet with clients,” he says.

For McGraw, these are much more than business ventures. They’re stepping stones to help reinvigorate his hometown.

“I was born and raised here. I graduated from Glynn Academy and it always made me sad going through the downtown area because I’ve always thought it had so much potential. I’m just trying to help,” McGraw says.

Like the other young entrepreneurs, Elizabeth and Brad Piazza see a wealth of possibilities in downtown Brunswick. The couple, originally from the Northeast, decided to relocate to the Georgia Coast a few years back, searching for a better quality of life and place to raise a family.

"My great-grandparents honeymooned at The Cloister when it first opened and later my grandparents lived on Sea Island, so we would come visit," Elizabeth says.

"It was always a home away from home for my family — I was here any chance I could growing up — beyond those happy memories of my childhood, Brad and I were married here in 2013, and so it was very much a special place for us from the start."

Brad also had a connection to the city — his grandfather was a merchant marine and ported in Brunswick returning home from World War II.

"Brad was blown away when we drove into Brunswick on the way to visit my Nana for his first time in 2012 and he realized this was the same Brunswick his grandfather had mentioned," Elizabeth said.

"It felt like fate in so many ways, to have two very important role models in our lives, our grandmother and grandfather, somehow sharing in this special connection leading us on our journey forward."

When the couple moved themselves, they started looking for opportunities to contribute to the community. Elizabeth, an art adviser and appraiser, opened an art gallery in Redfern Village, The Art House.

But they were also drawn to the downtown area.

To Brad, a real estate developer and investor, one building in particular stood out — the Leotis Building. Constructed in 1940, the two-story structure faces Bay Street and was originally a wholesale grocery store.

Rich in history, the building features a barrel roof, heart pine floors, which created an ideal loft space. It was also held within same family for over 60 years.

The Piazzas’ company Port City Partners has tapped the building for luxury condominiums. They are planning 12 apartments in all: nine studios, one one-bedroom and two two-bedroom floor plans.

"We are going to have some balcony space so you can see Mary Ross and the waterfront. We also want to do some common areas downstairs," Brad adds, pointing toward the windows.

"There’s the original antique elevator that‘s no longer in service but is an amazing architectural element and so we plan to use it as a showcase for a unique light or art installation upstairs,"

"And we would love to do a gallery space with a coffee bar for residents downstairs,” Elizabeth says.

The two also own more properties on the 1300 block of Newcastle and on Gloucester, across from Howard Coffin Park. They are charged by the energy of all the ideas and unveilings happening in the area.

"You’ve got the Molines and the Coyles at the brewery, Tommy McGraw, the Kaufmans and the Princes … there are so many people doing great things downtown," Brad says. "It’s great to see these people come from all over and work together to help the downtown area really realize the potential of downtown Brunswick."

Ever since the announcement was made that locals were partnering to open a brewery on Newcastle Street, the town has been on pins and needles. Over time, excited residents have watched the mammoth structure take shape.

While the group knows better than to set a formal opening date in print, they are optimistic enough to say it’s within sight.

From the looks of it, it seems very likely. The tap room is polished, outfitted with handcrafted wooden tables and enormous wrought iron chandeliers.

“I believe those came from the original Cloister,” she says, gesturing to the fixtures. “All of the wood came from trees that fell in downtown.”

On the right of the room, the shiny metal of the brewery is fully visible through a glass wall.

The bar itself will offer additional seating and a selection of brews.

“We have 24 taps, which will include two nitros,” she says. “We will also offered bottled beer to go.”

To the left of the taproom, there’s a wall of windows that peep out over the beer garden and adjacent building which the partners also own. They orginally intended to house the brewery there, but for a myriad of reasons had to construct a new building instead.

Still, she is glad customers will be able to see the historic structure’s exterior while sipping their brews.

“We were told that it was originally a brothel when the liberty ships were being built. You can still see the outline of the fireplaces,” she says, pointing to the brick facade. “I think the downstairs space was an apothecary.”

They’re in the process of refurbishing it in order put up for sale. Each day brings the group closer to seeing this dream realized. It’s been quite a journey since announcing their plans back in 2017, but the support of their fellow entrepreneurs and the community as a whole has helped pull them through.

“It’s been long and frustrating, honestly. We had a lot of roadblocks that kept coming up,” she says with a smile. “I don’t think that we would have made it without the encouragement from the community and other business owners. The support has meant so much to us.”