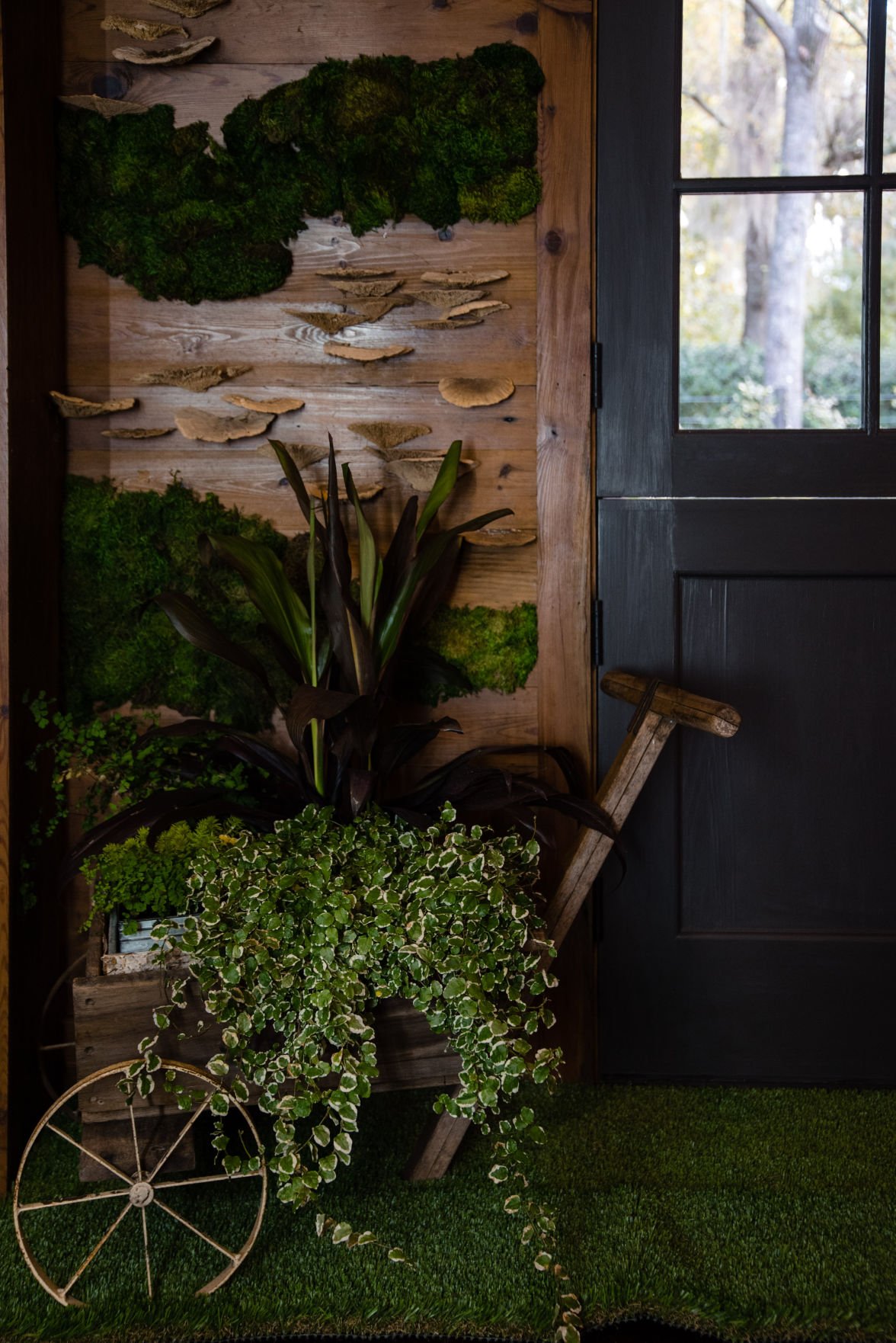 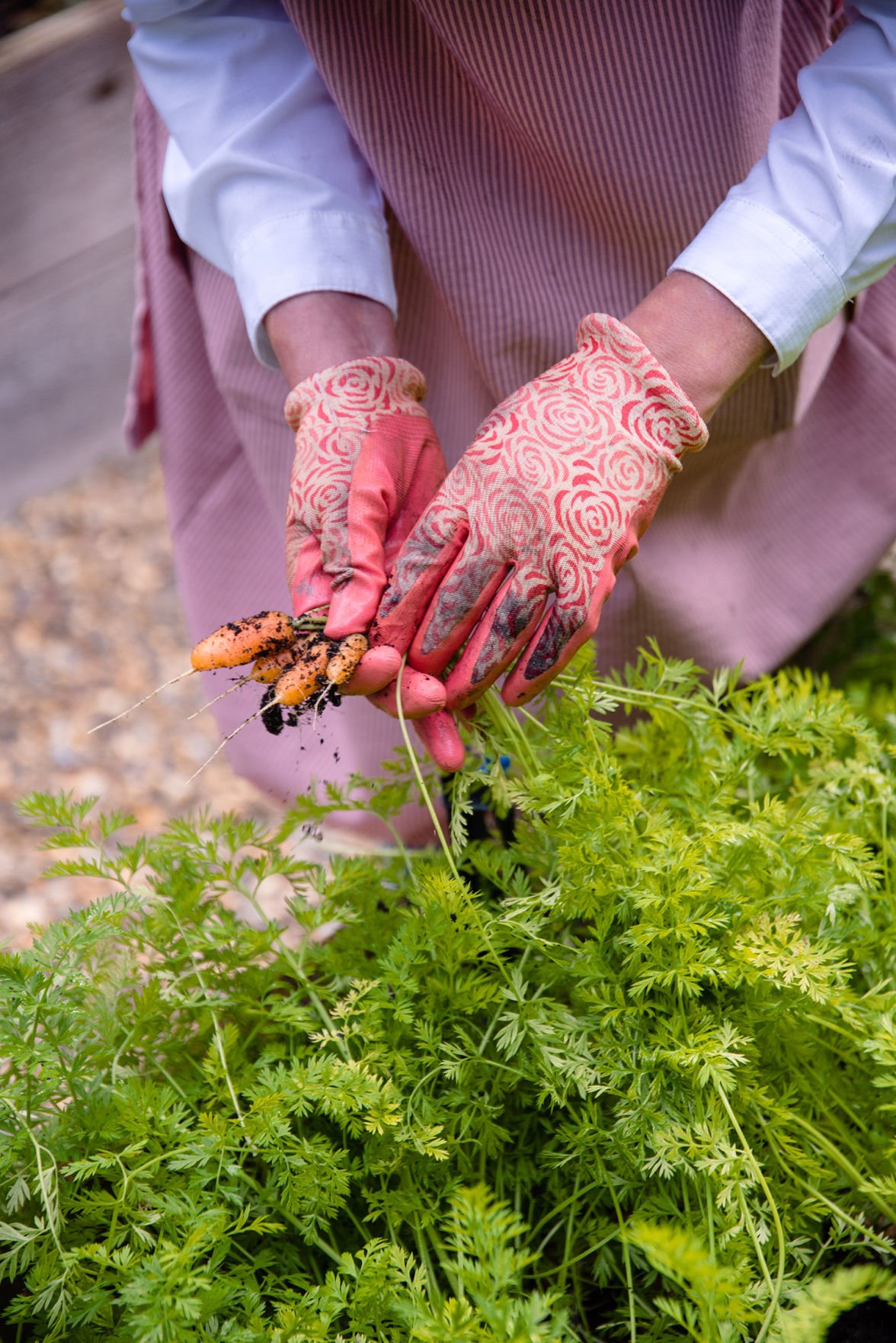 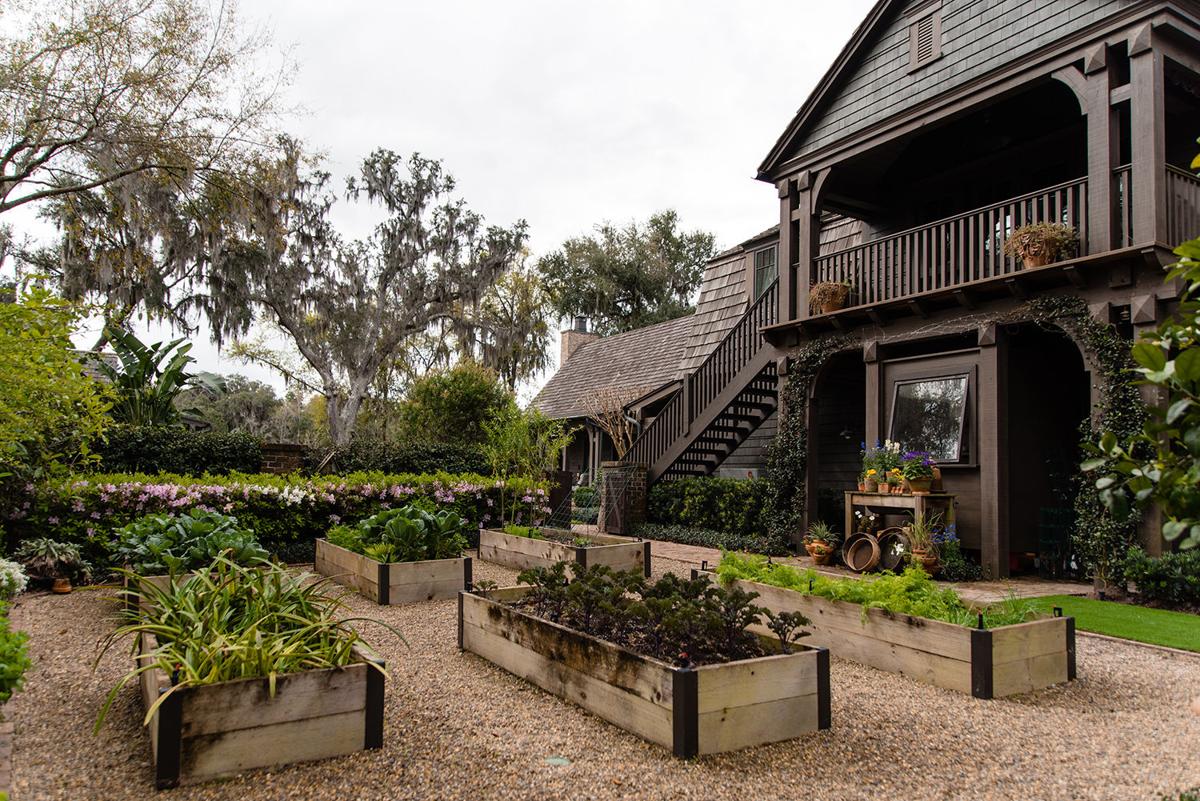 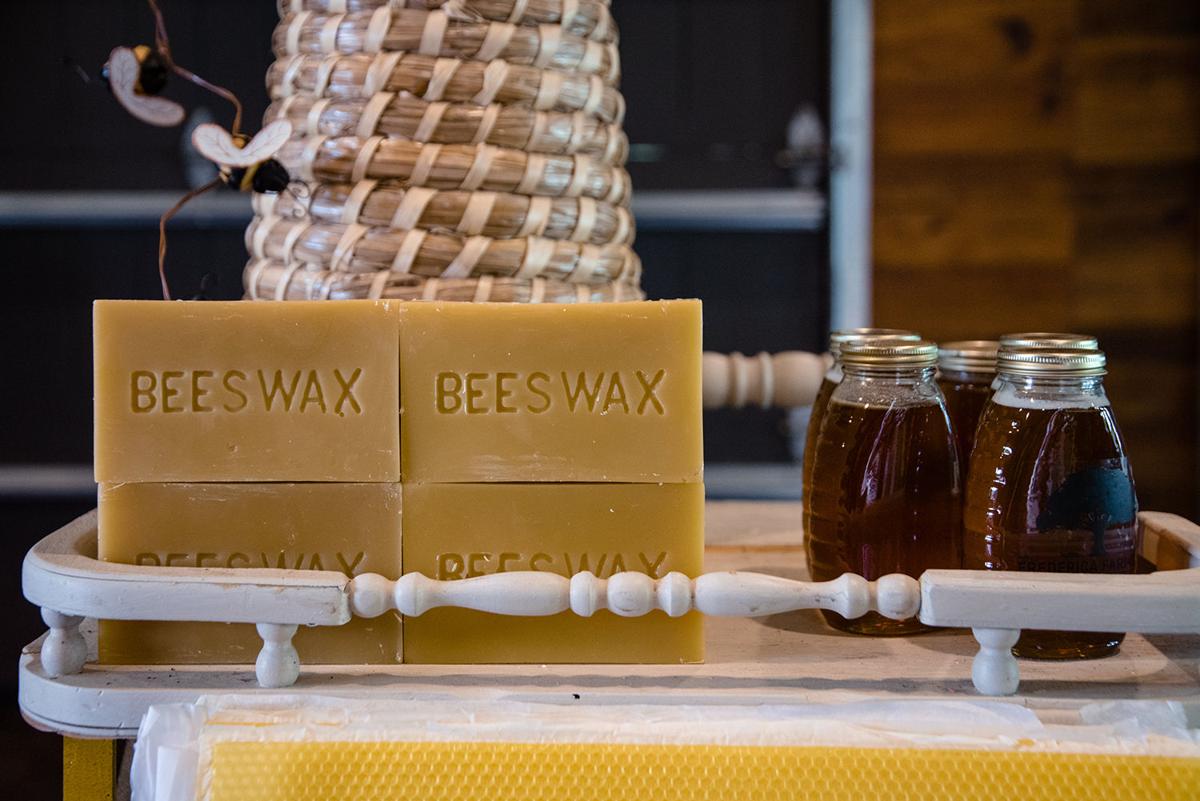 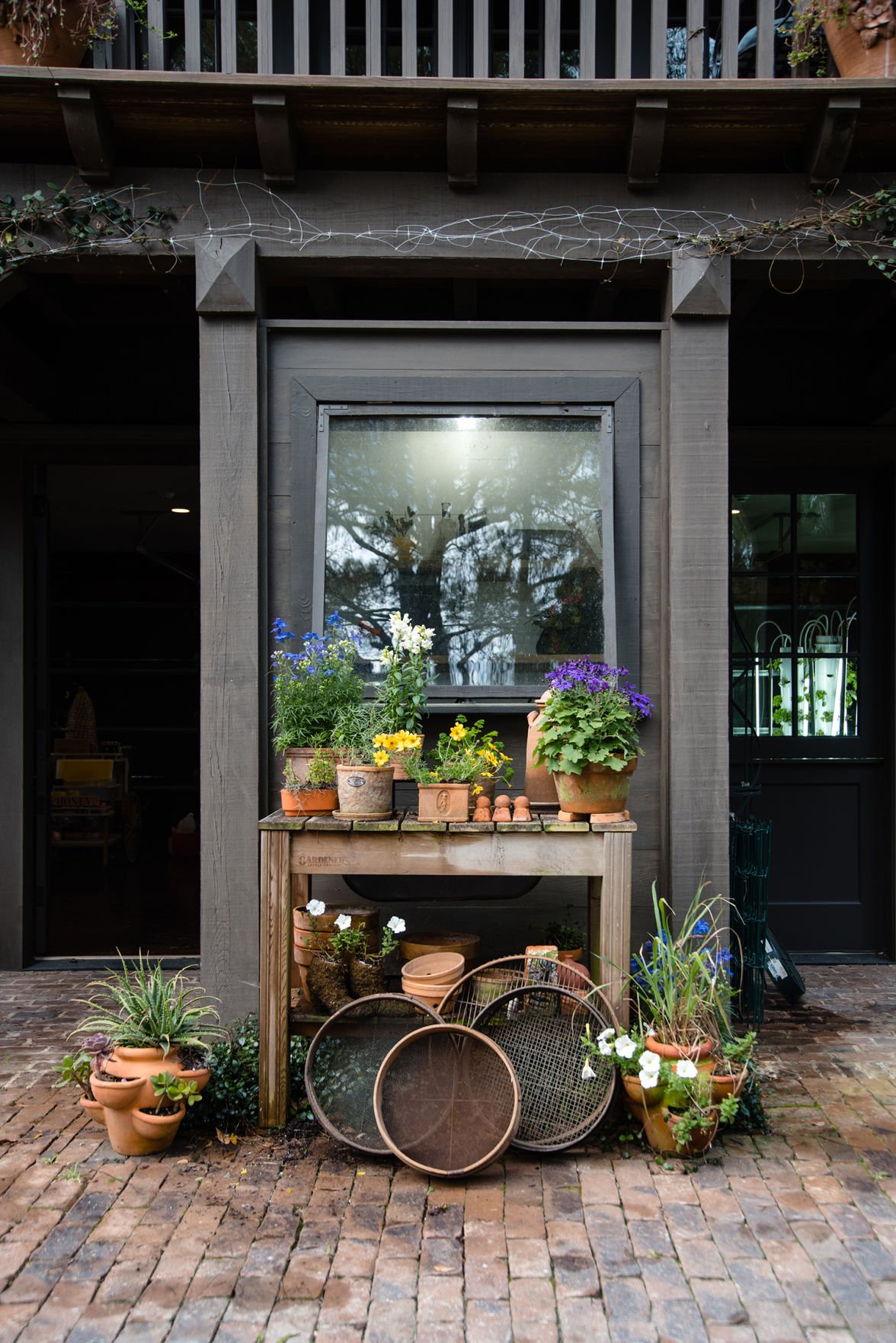 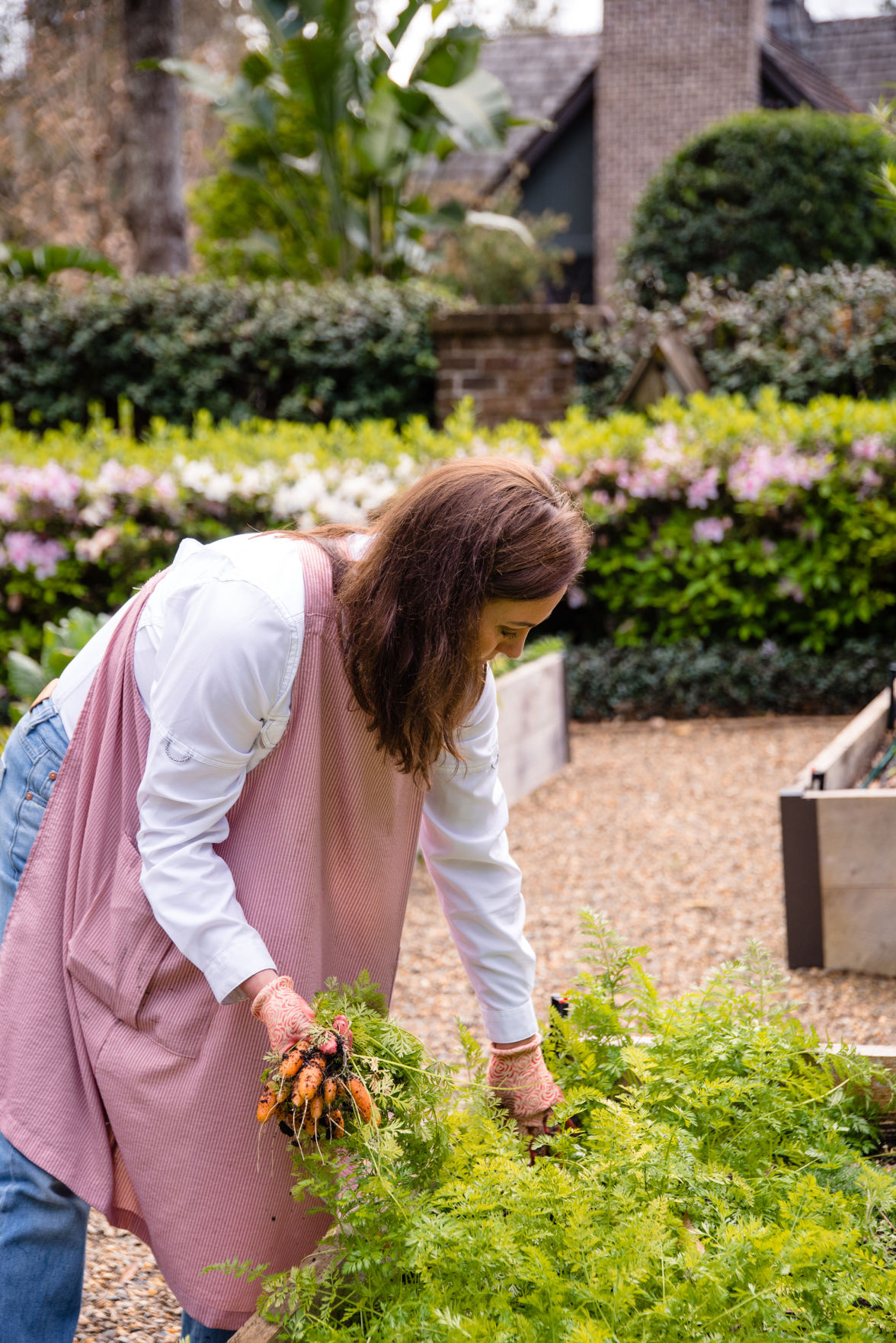 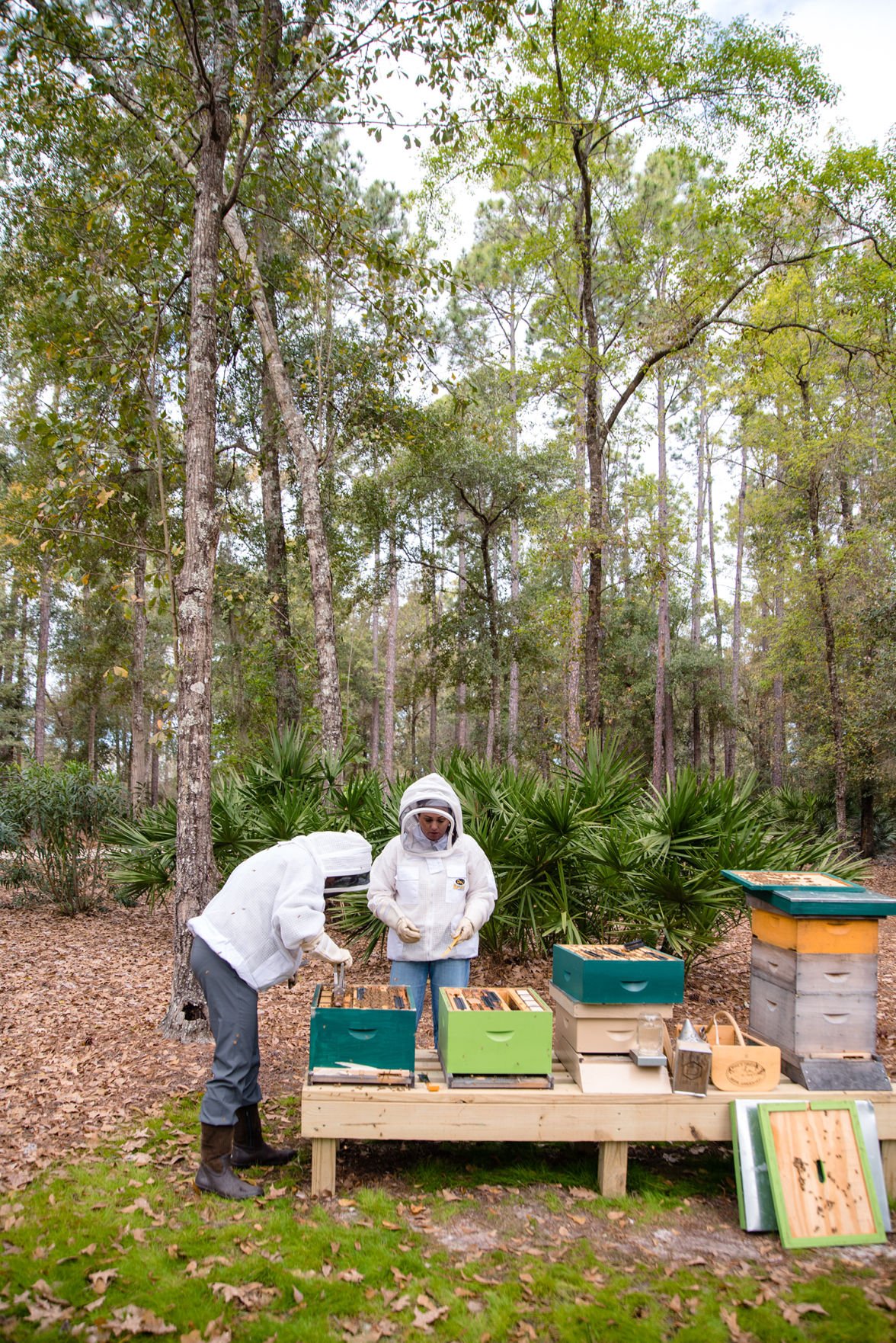 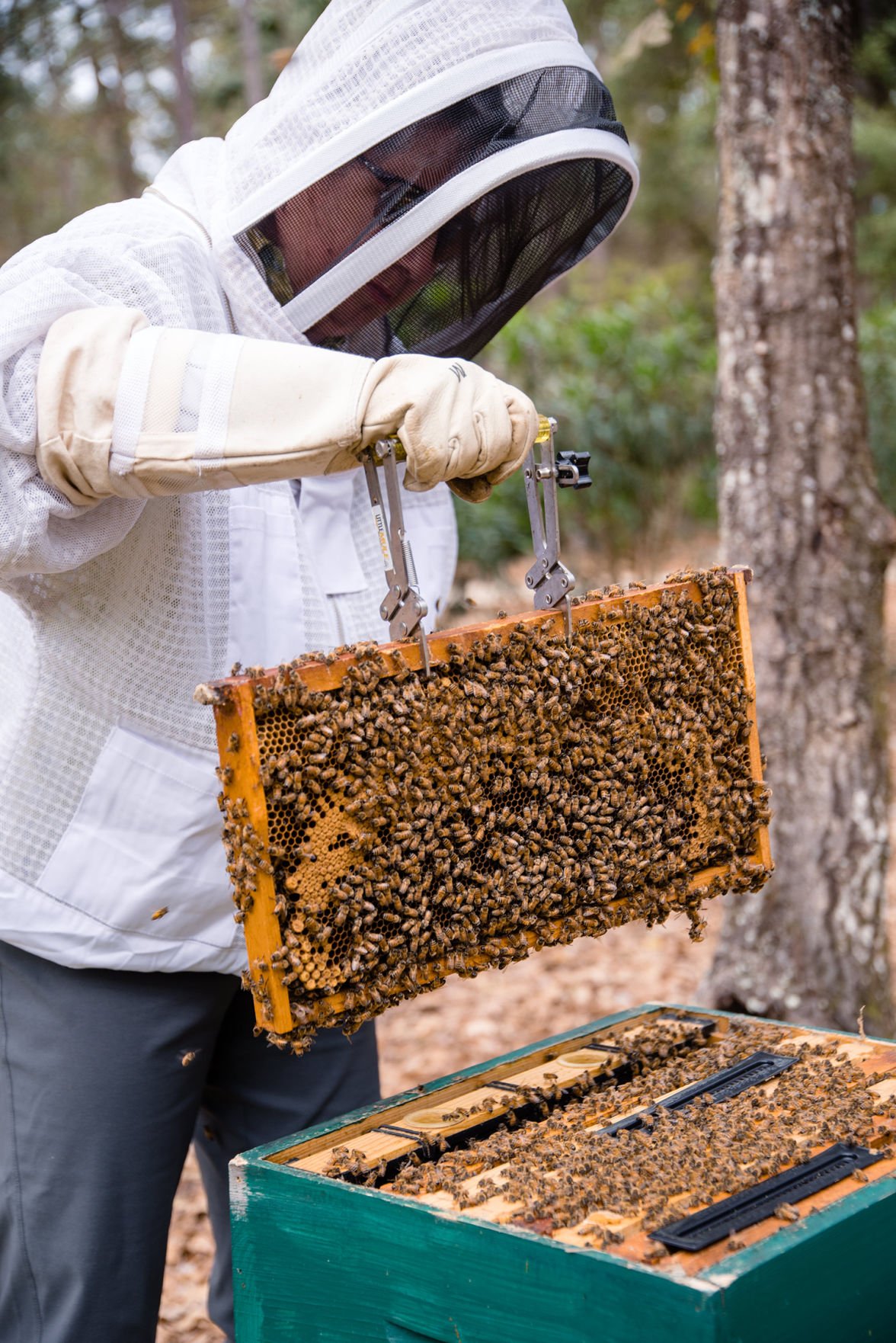 Amanda Johnson’s gardening gloves were freshly coated with soil from the morning’s bit of foraging. She held her prizes — clippings of palm fronds — close, as she scanned the bright blooms in one of her many flower beds.

True to her prediction, the bee peacefully lighted on a petal. Johnson beamed.

“They really like the yellow, blue, and white flowers. Anything red is for butterflies and hummingbirds. I tend to be a little more bee-friendly,” she says.

In fact, Johnson has created a sanctuary for them at her breathtaking home, known as High Heel Farms, located in the exclusive Frederica community on St. Simons Island.

There, she spends countless hours cultivating her sweeping gardens, in addition to tending to her beloved bees.

“Last year, we formed a community garden here. We started with two bee boxes, then we added three,” she says. “Ours are European bees, but there are 300 different types.”

Since taking the reins of the project, Johnson has fully committed to the role, even attending sessions at the University of Florida’s “bee college” to learn about their life cycles and how they operate.

“It’s really so fascinating, the way they communicate and what they do. They’re incredible,” she says.

But, the bees aren’t her only focus. The Sycamore, Georgia, native loves to create space for all growing things — from herbs to vegetables to bushes and shrubs. Johnson crosses her yard and ducks into a converted garage where she houses other projects.

One of those is her hydroponic garden. The system itself looks a bit like something out of a sci-fi movie. Artificial lighting frames the large white cylinders with herbs and lettuces suspended from the sides.

“I grew up on a farm, so when we bought this place, I was like, ‘I have to have somewhere to do my thing,’ so I created this,” she says with a laugh.

“I have some flowering plants in here, then, I have this hydroponic area. It’s just growing without soil. This is all lettuces and herbs. You just have water then pour the nutrients, which are in liquid form, into it.”

The garage space is also home to Johnson’s candle and honey-making materials.

“We call it High Heel Farms. But just three of us got together and started doing the beekeeping,” she says. “We have honey, which is really great for those suffering from allergies. You always want to get local honey, within five or 10 miles of where you live.”

Stepping through her indoor hideaway into the back yard, one finds another set of gardens — raised vegetable plots, framed by a fence adorned with Confederate Jasmine. Bushes and greenery serve as another border, and of course, more opportunities for pollinators.

“You definitely want to use native plants. That’s important for bees,” she says. “But, as far as the vegetables go, I have kale, carrots, greens, and Brussels sprouts.”

Johnson pauses to inspect the bush further. With a practiced hand, she draws back the leaves to reveal tiny sprouts accumulated around the base of the stalk.

“Most people don’t think about Brussel sprouts growing this way ... but they do,” Johnson says.

Leaving her vegetable garden, she passes the picturesque pool, and heads into the main house. There, she’s greeted by a high-ranking member of the family.

“This is Maggie. She’s such a sweet girl,” she says with a grin, patting the friendly lab.

The pup situates herself on a cozy bed as Johnson, still holding her clippings, begins to craft a homemade table arrangement.

“You can find so many things for arrangements in your garden. You really don’t have to buy anything. Of course, you can mix in some store-bought pieces with things you forage,” she says.

Johnson does have a trick of the trade that she uses to make her greenery really pop.

“It’s called Green Glow, and it’s a spray you can get at places like Ace,” she says, shaking the can. “It makes such a big difference.”

Once the sheen was applied to the fronds, she carefully placed it in the vase along with some bright sunflowers and other clippings.

“There are so many things you can harvest, from flowers to greenery,” she says.

From her table arrangements to her bee hives, Johnson is all about embracing nature and helping it thrive all around her home.

“I really just love getting my hands dirty,” she says with a smile.