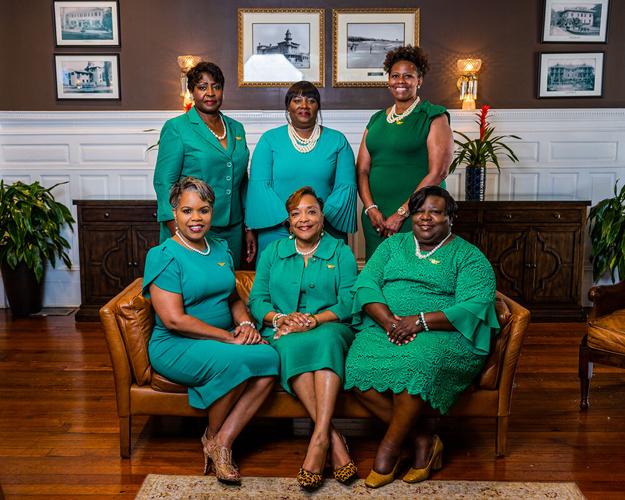 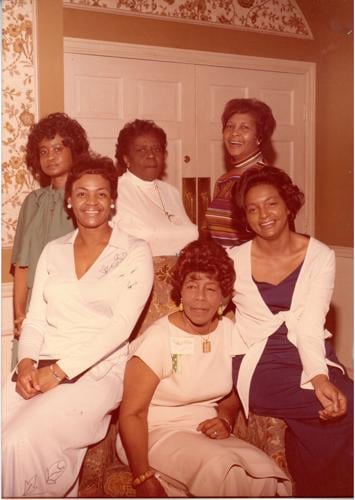 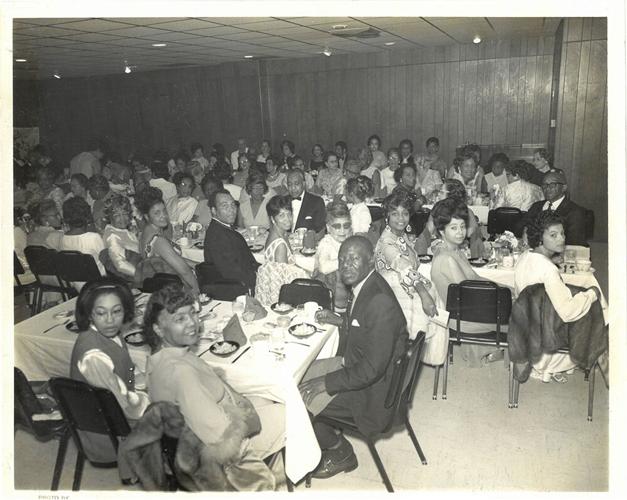 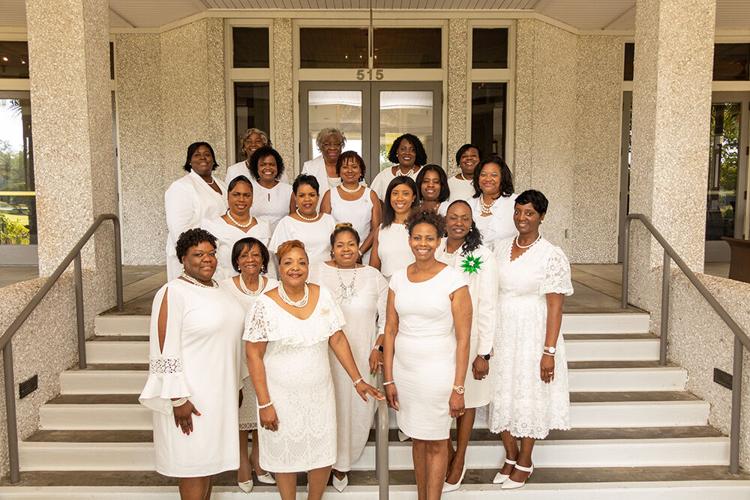 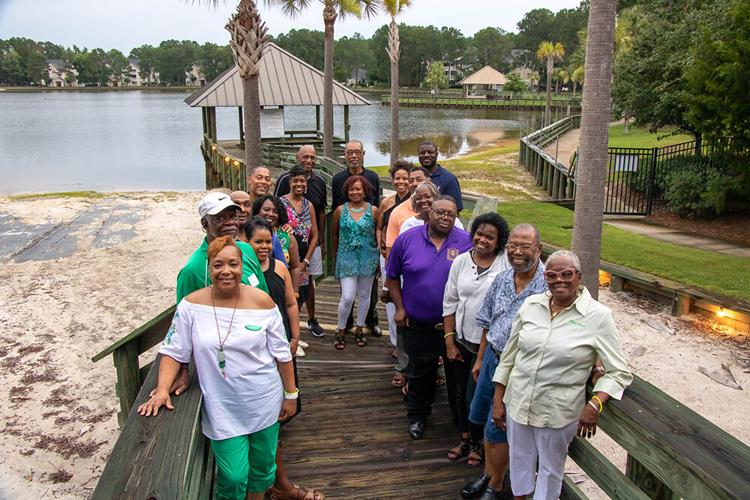 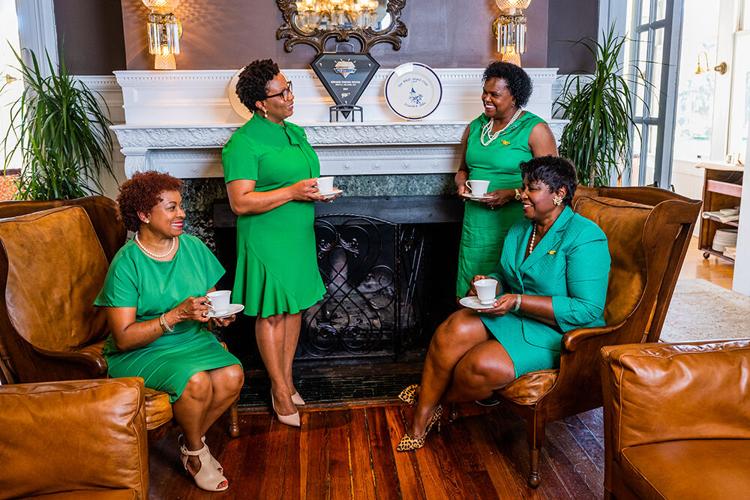 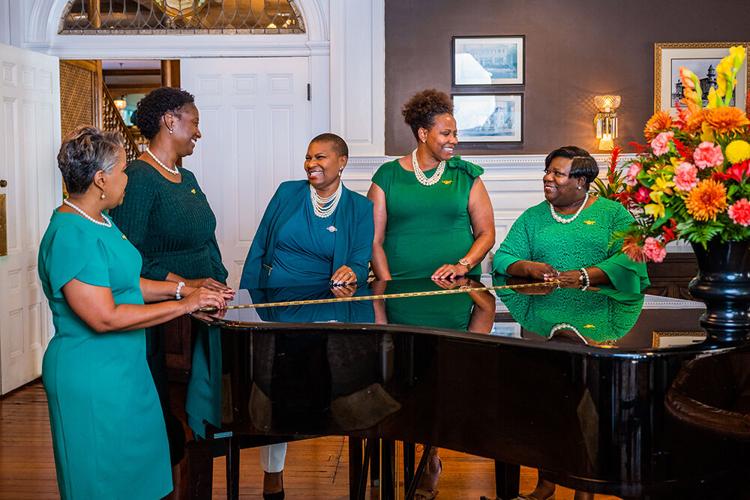 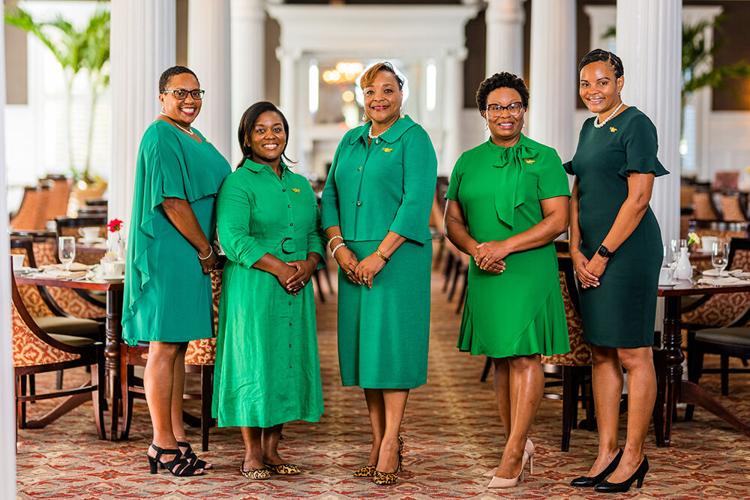 The road of life has never been the proverbial crystal stair for women. They’ve been subjugated and repressed, viewed as inferior to their male counterparts.

And while it has certainly been a cross-culture, societal issue, women of color have been forced to weather even greater hardships. The standard by which the world judges them and their accomplishments has long been unfair.

But rather than give up or give in, they chose to rise.

Nowhere is this example clearer than in the formation of the service organization The Links Incorporated. Established on the heels of World War II in 1946, two women, Margaret Rosell Hawkins and Sarah Strickland Scott, met in Philadelphia to lay the foundation of what would become an international not-for-profit organization. They recruited several other professional African American women who helped to further shape The Links.

From those humble beginnings, the group would go on to spread worldwide, eventually encompassing more than 16,000 professional women of African descent in 292 chapters, located in 41 states, the District of Columbia, the Commonwealth of the Bahamas, and the United Kingdom. It is one of the nation’s oldest and largest volunteer service organizations committed to “enriching, sustaining, and ensuring the culture and economic survival of African Americans and other persons of African ancestry.”

In Brunswick, the local Links chapter was born in the 1960s, in the midst of the Civil Rights movement. These ladies gathered together in parlors and living rooms, dressed in their Sunday best to share their visions and ideas. The Brunswick Chapter was officially chartered on Jekyll Island in December of 1966 and got to work on making the tangible change that’s been the hallmark of their organization for the last 55 years.

The current president of the Brunswick Chapter of The Links Inc., Jacqueline Bryant, says that the group was formed by the late Leo Harris, a former schoolteacher, who worked for nearly two years to bring a chapter to the area.

“She and 11 other women in the community formed a group that was sponsored by the Savannah Chapter of The Links Incorporated. The Brunswick (GA) Chapter of the Links was duly chartered, and officers installed by the Area Director Link Maude Reid of Miami, Florida, on December 10, 1966, at the Carriage Inn on Jekyll Island,” she says.

Bryant first got involved when she was employed as the Regional Manager for the State of Georgia, where she served multiple counties including Glynn, Camden, and McIntosh. Being familiar with these locations helped her to make the connections that secured her invitation to join The Links in 2009.

“I had previously attended and supported The Links’ events and I viewed joining as an extension of continuing to give back to the communities while meeting new people and hopefully making a difference in the lives of others,” she says.

That included hands-on initiatives aimed at assisting the community. But the professional women of The Links, who range from doctors to lawyers to engineers, also provide mentorship and inspiration for younger women.

“Within the African American community, it is so important to show younger generations that there are professional women working in these various fields, education to government to philanthropy … business to the arts,” Bryant says.

“It’s important for women who look like us to know that they too could be uplifted by this rich ancestry.”

Inspiring future generations of women has always been important to member Shirley Douglass. She joined the organization 33 years ago after being introduced through a dear friend, Ethel Griffin.

“She really took me under her wing when we came to town. In fact, she was my son’s godmother. The Links are a group about service, but also a group of women bonded in friendship,” Douglass says.

“But I feel like this is more important than ever, because the young people of today somehow seem misguided. I don’t know if it’s from the media or through their peers, but I feel like they need guidance. They need to know that they can lift themselves up and that there are people out there who really care about them.”

To put those points into action, Douglass, who worked for Georgia Power, served as a mentor to local elementary school children. She’s also been able to extend that work through multiple programs hosted by The Links.

“We help young mothers in the community. We support the food pantries and distribute food. That’s what originally sparked my interest and made me want to get involved in The Links,” she says. “It really is about unselfishly giving to the community. It’s just a win-win.”

Of course, while facing a pandemic, continuing that work has been a challenge. But the ladies of The Links, never ones to be deterred, forged ahead.

Sayori Morris received her invitation and joined just prior to COVID taking hold in early 2020. Despite having to shift to virtual programming, she feels the group has moved forward flawlessly.

“We did have some initial face-to-face meetings before COVID, but honestly I would say that we haven’t missed a beat. We, like a lot of organizations, had to be a bit innovative in the ways we delivered the service and the programming to the community, but we continued to do that,” Morris says.

“And I honestly think that we’ve been able to use our skills, knowledge, and abilities in new ways to do even more. We may have reached people we would not have been able to were it not in a virtual format.”

Going forward, into its 56th year, Bryant says that the Brunswick Links will continue to build on its foundation of service, while forging connections and inspiring future generations.

“As president, I hope that The Links continue to be a vital and relevant organization within our communities. Leadership is not about the title but it’s about how we impact and influence and inspire the people that we meet and connect with,” Bryant says.

“With the partnerships that we have developed throughout the communities, I hope that we will continue to collaborate, be focus-driven, recognize the contributions of others, and celebrate our accomplishments. We will continue to develop strong relationships and be a sustainable presence and resource in the community. I believe the best is yet to come for the communities in which we serve.”