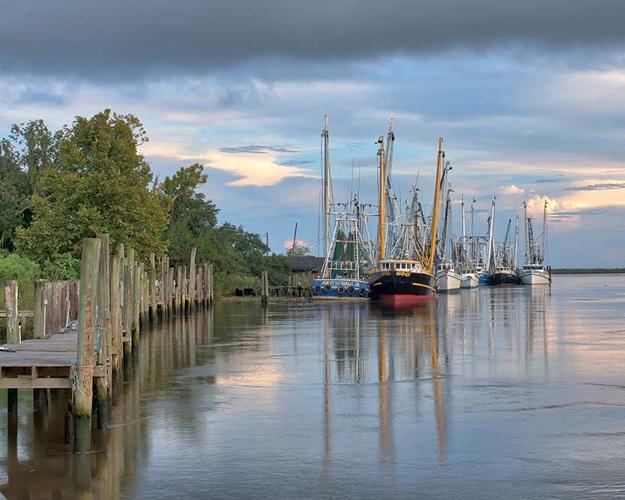 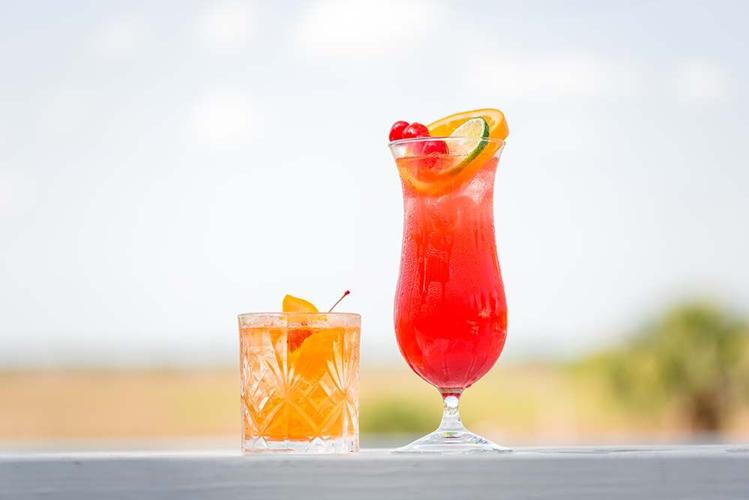 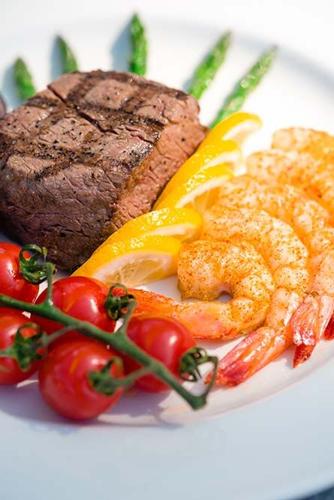 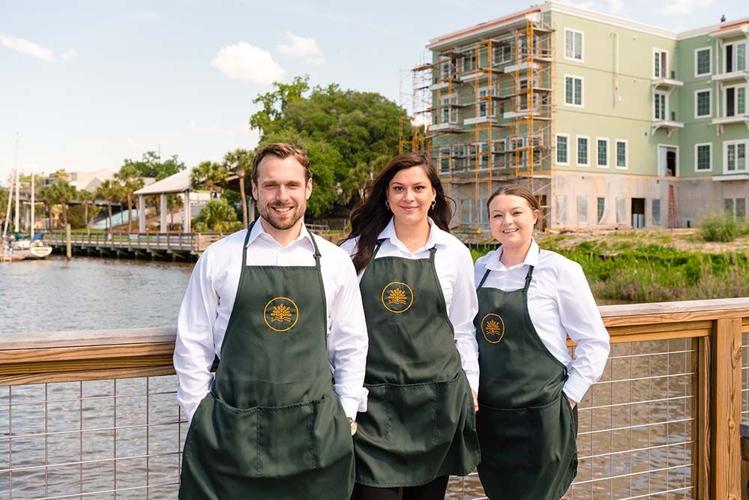 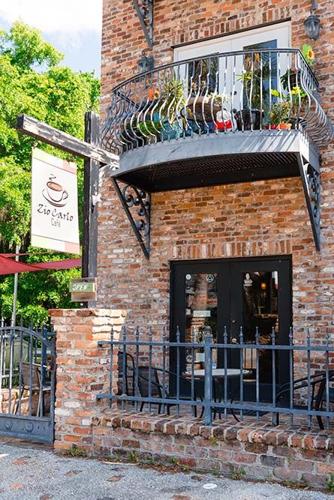 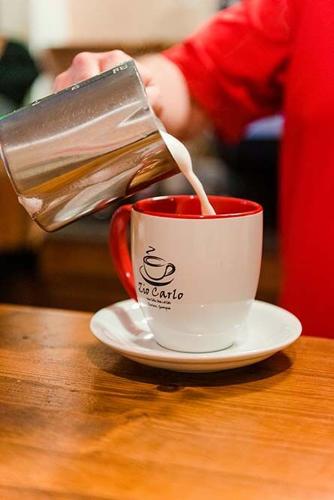 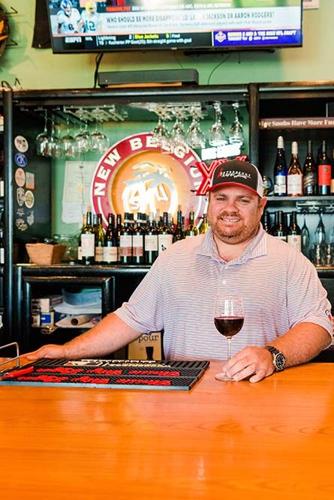 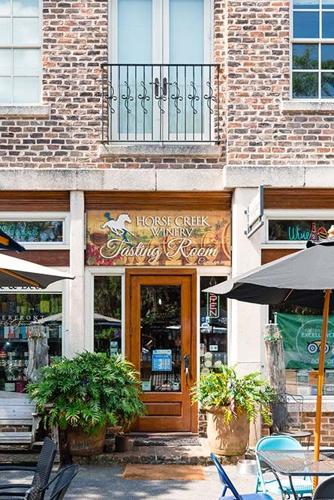 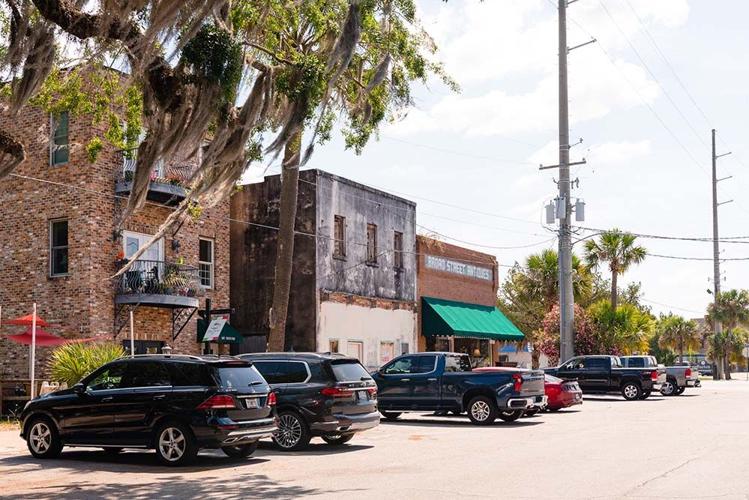 On a frigid January morning in 1736, a ship of Scottish Highlanders sailed from Savannah and landed at Barnwell’s Bluff at the mouth of the Altamaha River. This band of men, women, and children had packed up their lives and left their homeland in Inverness to venture to the New World.

It was all a part of Gen. James Oglethorpe’s vision to create a colony, which would both buoy Great Britain’s stake in America and deter other European powers, namely Spain, who had already established a foothold in Florida.

It was these new settlers who gave this new incarnation a name, originally New Inverness. It would later become Darien, after the Darien Scheme, a former Scottish colony in Panama. But this wasn’t the first band of Europeans to set foot on the marshy shore of what would become McIntosh County.

In 1721, British soldiers, led by Colonel John “Tuscarora Jack” Barnwell (hence Barnwell’s Bluff), raised Fort King George from the bank of the Altamaha. His Majesty’s Independent Company endured untold miseries from mosquito infestations and the diseases they bring to attacks by the Spanish and Native Americans. A fire also engulfed the barracks in 1726.

The hardships were so devastating that the fort was eventually abandoned, allowing the area to later be resettled by the Highlanders.

The shape of Darien’s story is made in this mold — the flames of difficulties and strife threaten to consume it, but it always seems to rise from the ashes. And it’s done so literally too, with much of the town torched by a regiment of Black Union soldiers in June of 1863.

It’s a sense of both history and natural beauty that Chad Simpson feels draws visitors from the doldrums of I-95.

The owner of Zio Carlo Cafe on Broad Street has found that many are intrigued by Darien’s small town charm and connection to the past.

“We’ve had customers who have come down from up north, and they’ve pulled off the interstate to eat at Skipper’s, then they’ll come here for coffee. I remember one gentleman and his wife did that and he came here to have a cup of coffee and smoke his cigar outside,” Simpson says.

“They were going to visit their son in Florida and we started talking. I was telling him a bit about the history here and he was really interested. So, they decided to stay to check it out.”

The couple enjoyed their time so much that they made Darien a permanent stop on their annual trips to visit their son.

“I think that’s happened for a lot of folks,” Simpson says.

For years, the waterfront mainstay, Skipper’s Fish Camp, has lured motorists off the interstate with promises of fresh fried shrimp coupled with sweeping views of the Darien River bobbing with shrimp boats.

The restaurant’s location also has its roots in the past. The waterfront became a booming commercial site in the 1830s, welcoming boats brimming with cotton, pine lumber, and rice. Ships traveled from Europe, Asia, and South America for the lumber, an industry which saw its peak there in 1900.

Over the years, the town’s focus shifted to commercial fishing. From 1880 to 1910, Darien ranked among the highest in the world for oyster harvests, rivaling even the Chesapeake Bay with a record harvest of 8 million pounds in 1908. In the latter part of the 19th century, the industry shifted to a focus on shrimping of Wild Georgia Shrimp. That tradition continues and is honored each year by the Blessing of the Fleet held in April.

Today, Broad Street, which is nestled close to the water, is home to antiques and boutiques, a bed and breakfast, a Mexican restaurant, as well as Waterfront Wine and Gourmet, which opened 16 years ago.

“We opened the week before Christmas, 2006. Not long after we opened, as everyone remembers, the economy crashed and everything came to a halt,” says Russ Quarterman, who co-owns the business with Mike Greenway.

“We were basically the only business on our section of Broad Street, and you could practically see tumbleweeds rolling down the road. So, it was a long time before things began to look up. We finished out our back room and turned it into the Wine Bar in 2010, and it was hands down the greatest decision we could’ve ever made. It introduced a new hangout spot to town, and we’ve grown from there, as has the town it seems.”

That leaves Quarterman very optimistic about the future.

“The gang at Skipper’s took the original leap of faith on Darien, and they’ve done wonders for our city. Then, you had people like us shortly after, and most recently, the Savics, who are redoing the Adam Strain Building next door,” he says.

“They also have the Local Exchange store on (U.S. Highway) 17, and are opening The Canopy Restaurant just a couple of blocks down from Fort King George. We are thrilled to have them in Darien.”

Also across the highway, a few new faces have joined the mix. Spartina Grill opened its doors in September 2020. The restaurant features a screened porch, as well as a patio overlooking the Altamaha. It’s the brainchild of Art Lucas, who is also developing The Oaks on the River Luxury Boutique Resort, next to the grill, boardering an established set of luxury condominiums.

“Spartina came first and then Mr. Lucas built the condominiums two lots down,” explains the grill’s general manager Jeff Luke. “He’s a McIntosh native who grew up here, starting in middle school, I believe. I think he just wanted to do something for the community.”

The grill serves up fresh seafood, as well as steak and handcrafted burgers. Luke describes it as a more upscale yet still affordable option for Darien diners.

“We’re casual dining but just a little different than other restaurants here, and our prices are competitive,” Luke says.

While Spartina is certainly a business, there is a collective, community feel in Darien. It’s a “rising tide carries all boats” mentality and one shared by many in the town’s industry.

“We all kind of work together. If Skipper’s has a long wait, they’ll send people to us and we’ll do the same,” he says.

Luke feels that Lucas’ developments will offer a boost to all of the town’s businesses which will help more people discover Darien.

“I think the main appeal is the scenery and the small town atmosphere which is a little different than Brunswick or St. Simons. It’s really a hidden jewel on the coast,” Luke says.

Michael Brown agrees. The director of sales and marketing for the soon-to-open Oaks on the River Boutique Hotel feels this project will be a game changer for the city, opening it up as a greater wedding and vacation destination.

The hotel broke ground in late 2020, with construction slated to wrap this summer. The grand opening is set for September. In addition to the 53 rooms, the Oaks will offer a spa, an event and conference center, a fitness center, and outdoor space for use as another event location.

There will also be an onsite restaurant and bar, The Oaks Club, which will be open to the public, along with a riverfront pool and poolside bar and bistro. The Mimosa Bar will be open to serve lunch daily. The hotel will also offer excursions on its own pontoon boat, the Delta Belle, which will feature sunset wine tours, private day trips to barrier islands or beaches, as well as nature and birding tours. There will also be guided kayak tours and an option for bike rentals.

Brown feels like the hotel is another critical piece of the city’s future.

“I envision the development and revitalization of the historic waterfront district to include additional boutique shops, dining, and activities … not to the extent of Savannah’s Plant District, but similar to the historic square of the smaller yet charming Covington, Georgia,” he says.

Brown feels that the new property will continue to ignite interest and support for future growth. He adds that once visitors come to the site for a wedding or event, they will fall in love with Darien’s charm.

“To many, it will be an introduction to our historic coastal town, but we doubt it will be anyone’s only trip. Darien has the potential to be an attraction. We believe in that, and we are so pleased to be a part of it,” Brown says.

“Every thriving downtown district needs people first and foremost. Oaks will do its part not only by bringing new travelers to downtown Darien, but new people who will go home and spread the word about the uniqueness and southern charm of this town on the historic riverfront.”