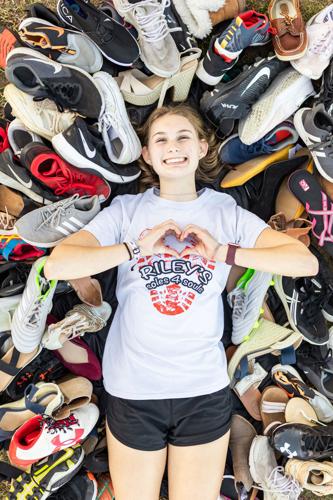 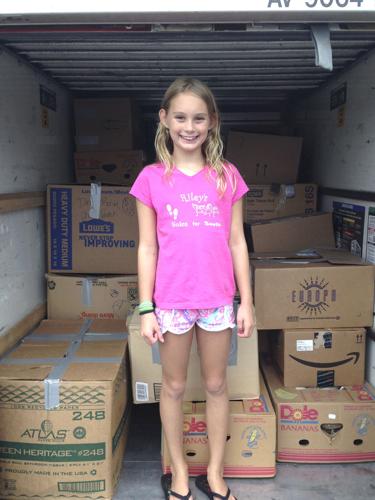 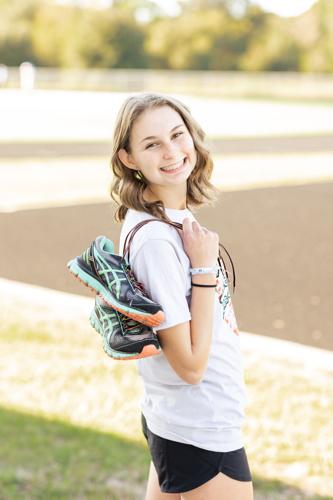 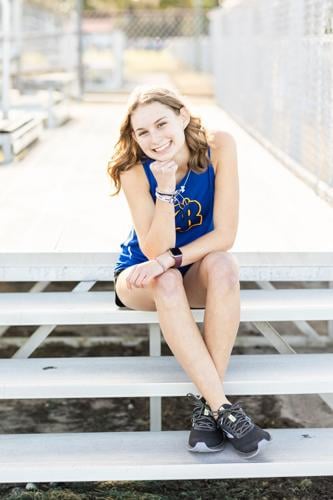 Some people just have it — a spark, a light, a joie de vivre ... something that glows from the inside with a blinding sense of divine radiance.

Riley Letson has it.

I noticed it the first time I met the then 9-year-old little girl. She was physically teeny, no where near the height she is today, but she was armed with a brilliant smile and a vocabulary that extended well beyond her years.

Baby Riley packed quite the punch.

I had befriended her mother Kim, a local teacher, and dad, Brandon, who helms the college’s landscaping program during the day and serves as a much-beloved bartender at Zachry’s Steak and Seafood on nights and weekends. They suggested I speak to their daughter about her newly-formed charity, Riley’s Soles for Souls.

That initial story became a saga as the charity grew to surpass anything she or her parents ever imagined.

I reminded her of our first meeting in 2016, when we caught up for a phone interview for this piece.

But even so, her mission has never changed. It started when the then 6-year-old had a dream which she interpreted as a directive from the Almighty himself. It has since become a bonafide 501c3, which has donated more than 15,000 pairs of shoes to those in need.

“I remember watching a show on the Disney Channel where a girl had donated shoes overseas. I thought it was really cool and was just really impressed by it, so I went to sleep and had this weird dream,” she recalls.

“I dreamt that God told me to give shoes away. He said, ‘there are people who have never had the experience of having a new pair of shoes, or any shoes at all.’ I woke up and told my parents ... ‘this is what I needed to do.’”

Of course, her parents were a bit skeptical.

“They just kinda laughed it off,” she says. “But I kept telling them ... ‘this is what God wants me to do,’ and so finally, they just said, ‘OK what’s the worst that can happen?’”

They put out the call for shoes on Facebook, as well through friends and family. Then, the Letsons reached out to leadership in their church at the time, which helped them connect to existing shoe ministries.

While Riley had hoped to found an international mission, it made more sense to start closer to home.

“We found a connection overseas, but they would end up paying more than the shoes were worth with the shipping costs,” she says.

Instead, the family formed a relationship with Bill Barker of Appalachian Regional Ministries who helped organize the charity’s first donation.

“He told us about a town in West Virginia that was just devastated by a flood a few weeks before. Everything was just destroyed. It was so bad that he came to get the shoes ... he didn’t even want us going up there,” Riley remembers.

That first round yielded 530 pairs, an impressive start. But they kept going. With her parents, Riley continued to collect shoes, personally delivering many truckloads to Richwood, West Virginia, then expanding to Kentucky and the Florida Panhandle.

Seeing the sea of grateful faces who received the shoes left a lasting impression on her, and it solidified the fact that what she was indeed doing God’s work.

“I was able to personally go to West Virginia about two years after the flood. The town was still destroyed. The people just couldn’t pick themselves up. They were just utterly and completely lost,” she says. “I remember this one 6-year-old walked three miles to pick up a pair of shoes, and it just broke my heart.”

But being able to lend a hand fed her spirit. She knew she had to do her best to reach even more. Eventually, the family registered Riley’s Soles for Souls as a 501c3 which helped garner more local support.

“It was a really good thing because people can be skeptical if you’re asking for donations and don’t have those credentials. But after we got that, everyone wanted to help which was amazing,” she says.

But with the additional aid came a logistical problem.

“We were outgrowing our house. We just couldn’t fit all the shoes in. Our guest room was just covered with shoes,” she says with a laugh. “But right about the time things began to open back up after the COVID shutdown, I was invited to make a speech at a meet and greet.”

There, she shared their need for additional storage, ideally a 14-foot enclosed trailer that would house the shoes in between deliveries.

“The next my dad told me that someone had donated a 14-foot enclosed trailer. It was pretty sweet,” she says. “We renovated it and put our stamp on it with some special touches.”

That wasn’t the only blessing that came their way. The charity was also selected to receive one of Hello Goodbuy’s grants. The mission of St. Mark’s Episcopal Church in Brunswick doles out thousands to area nonprofits each year, and Riley’s Soles for Souls was selected to receive $5,000.

“It was amazing ... just an amazing opportunity. We were able to go and pick out pairs of new shoes. Then, we partnered with Communities in Schools here to give them to students,” she says.

“Also my dad’s friend who owns a running shop told us that he had a surprise … they were donating 30 pairs of brand new shoes through (shoe brand) HOKA, and we were able to give those to students in the school system too.”

Having reached those in need locally and regionally, Riley also realized her dream of donating overseas.

“We were able to accomplish my dream of donating overseas with Chad Robinson of Mountains to Sea. We sent shoes to Honduras and Venezuela,” she says.

While the now 14-year-old has done more in her young life than most adults, she remains a typical teenager. Riley, who makes impeccable grades, also runs track and cross country with teams at Brunswick High School.

“I really just love getting out there and running. You don’t have to worry about anything,” she says. “The team environment is really open and inviting.”

She is also a member of the school’s Model UN team and an active participant in her youth group at First Baptist Church in Brunswick. Riley can also be found serving as a hostess at Zachry’s where she often works alongside her dad.

On top of all of that, she’s also looking toward the future, touring college campuses, and plotting out her charity’s future.

“We’re traveling to all these colleges. It’s really amazing to see the hard work starting to pay off,” she says. “My goal is to never stop with the charity though, even though it’s a little scary thinking about going to college and not knowing what will happen with it. But I do know that whatever challenge comes, there’s nothing we can’t overcome.”

She includes her parents in that “we,” giving them a huge amount of credit for helping her succeed.

“I’m lucky that have a good family. I have parents who loved me enough to help me realize this vision. It’s been very rewarding to see the amount of lives that can change just from a pair of shoes,” she says.

• To learn more about Riley’s Soles for Souls, visit the charity’s Facebook page. Donations may be made via Venmo.